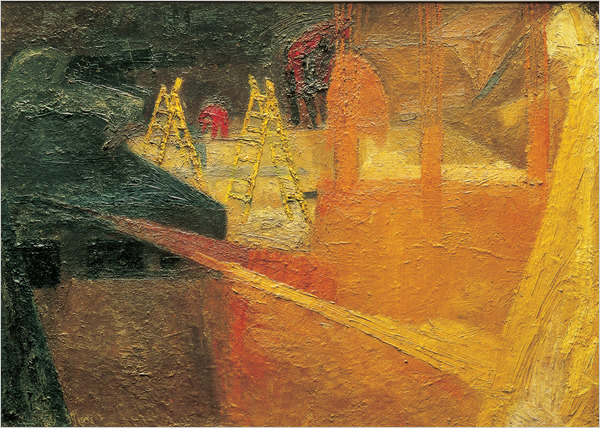 Currently showing at Courtauld Gallery in London is an exhibition of paintings and sketches by German-born British artist Frank Auerbach. The work captures London’s wounded infrastructure after World War II and the rebuilding that went on throughout the city from the 1950’s into the early 60’s.  Fascinated by scenes of deconstructed materials and bomb sites in the aftermath of the war– which destroyed  some 80,000 buildings in the city– Auerbach documented London’s physical recovery through sketches and paintings that he reworked for months at a time, creating built-up, painted surfaces of over an inch. The exhibition brings the complete series of fourteen building site paintings together along with several, rarely seen oil sketches. The collection stands as some of the most significant painting in post-war Britain, representing a profound response to the wounded, post-war landscape. Ladders, cranes, scaffolding, steel frames–all wonders of construction sites and symbols of modernity–provided Auerbach with a plethora of lines to work with, and they materialize through his paintings into abstract and highly tangible structures that emphasize chaos.

“Construction of One New Change Street,” behind St Paul’s Cathedral in 1965, Via NYTimes 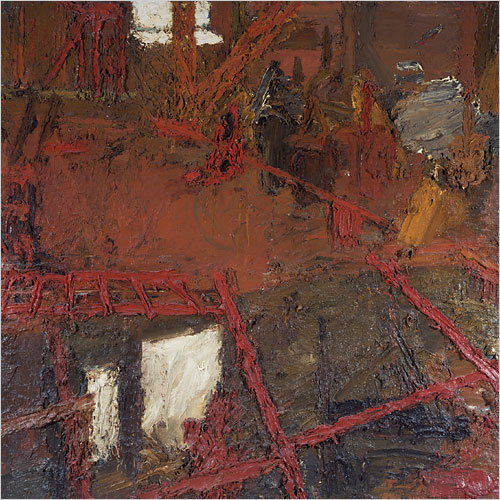 Frank Auerbach, “Rebuilding the Empire Cinema,” 1962, Via NYTimes. “London in the Fifties was a monochrome city, scarred by bomb damage and pockmarked with empty lots that would not be filled until the building boom of the Eighties… a half-ruined, half-built place that appeared to be in a state of permanent transition(Telegraph).” 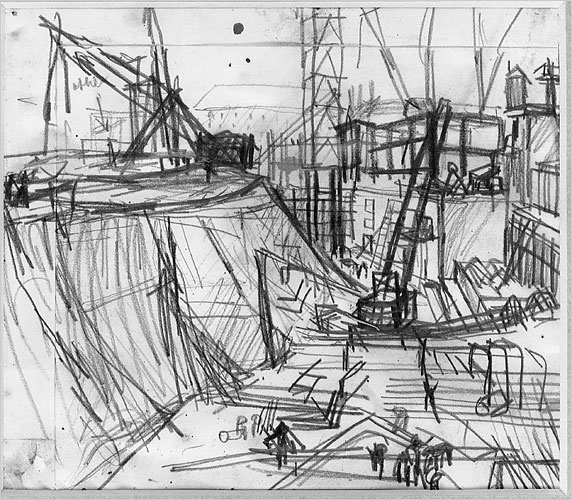 A sketch of the shell building site in London in 1958, by Frank Auerbach– capturing another scene of chaotic reconstruction. The artist was particularly fascinated by the excavated earth. Via NYTimes.

Amongst the rubble and the battered city scape of bombed-out London– the Blitz had destroyed entire areas of the city and damaged many buildings– there were various surviving structures such as St Paul’s Cathedral. The artist recently stated “London after the war was a marvelous landscape with precipice and mountains and crags, full of drama…and it seemed mad to waste the opportunity and not to take notice of the fact that there were these marvellous images… all around one.” Auerbach visited and sketched the major sites of the city– along with St Paul’s, he depicts other notable locations including Oxford Street, Leicester Square and the Shell Building on the South Bank (below). 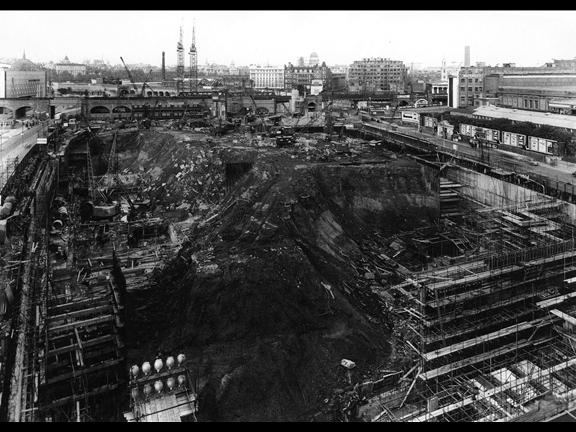 Construction of the Shell Building on the South Bank, 1958, Via Architects Journal 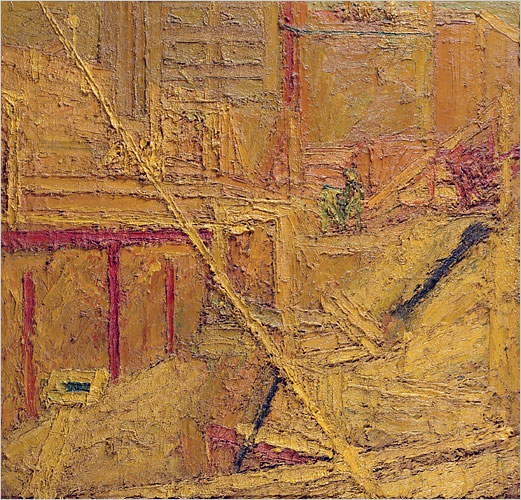 Frank Auerbach, “Maples Demolition Site,” 1960, Via NYTimes. Auerbach’s paintings are so solid with thick paint that they had to be laid flat when first exhibited in 1956.

Born in Berlin in 1931 to Jewish parents, Auerbach spent his childhood in English boarding schools where his parents sent him, at age 7, to escape during the war. The artist became an orphan after his parents died in a concentration camp in 1952. He eventually settled in London, where he attended various art schools including St. Martins School of Art and the Royal College of Art. The artist is recognized as a post-world war, modern master, identified predominantly with the Neo-expressionist movement. 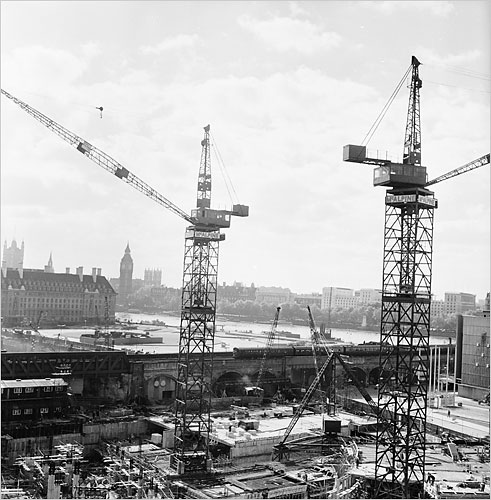 Tower cranes on the construction site of the Shell Building in South Bank in 1958, Via NYTimes. 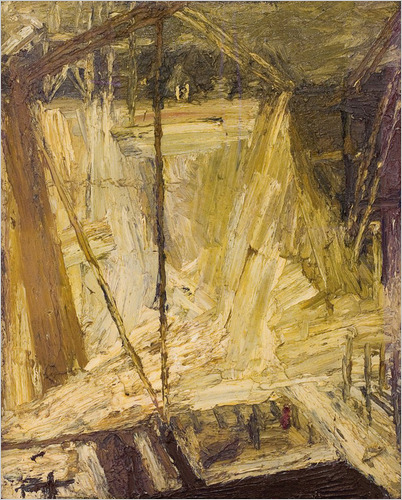 Frank Auerbach, “Shell Building Site from the Thames.” 1959, Via NYTimes In this piece, a collapsing crane sends a cable plummeting into an excavation site. 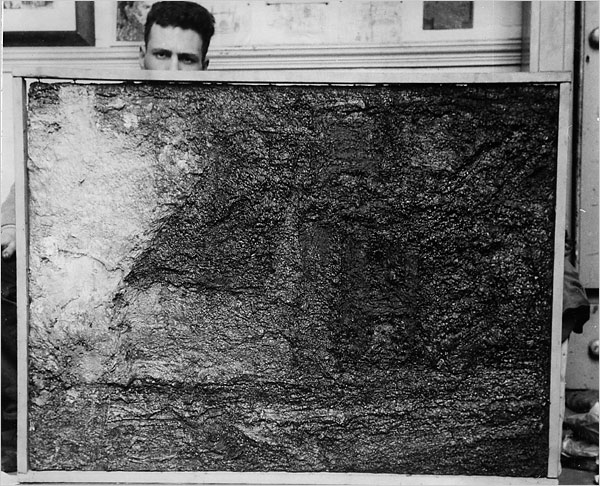 This entry was posted on Tuesday, December 29th, 2009 at 1:00 am and is filed under Go See. You can follow any responses to this entry through the RSS 2.0 feed. You can leave a response, or trackback from your own site.