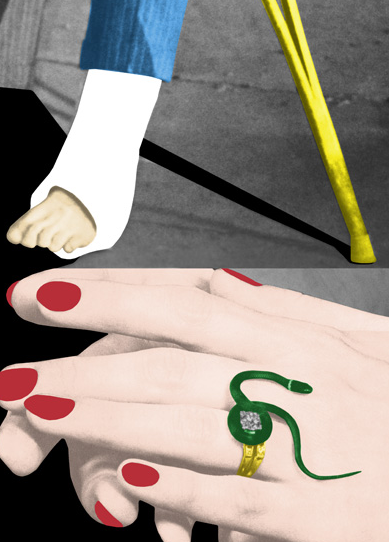 Currently showing at Sprüth Magers Berlin through January 16 is an exhibition of new work by the highly influential American artist, John Baldessari (b. 1931), entitled Hands And/Or Feet (Part Two). The exhibition, coinciding with a major retrospective at Tate Modern in London (which opened in October 2009 and will travel to MACBA, Barcelona; LACMA, Los Angeles and the Metropolitan Museum of Art, New York through 2011 after terminating in January 2010), gathers ten large-scale works continuing the artist’s exploit of the body’s expressive potential across a range of diverse media and conceptual means.

After cremating a corpus of artworks from 1953-1966, Baldessari turned to found materials from which to create his famous “photo-compositions,” and has incorporated a variety of media into his work ever since. Assembling photography, painting and stock imagery in three-dimensional relief, the artist employs tactile, formal synthesis to explore how art articulates and confers meaning. Using a jocular collage method to inject disjunctive forms and symbols into painting, Baldessari investigates art’s agency. As shown in the vibrant diptych, Arrow/Glass/Duck, for example, Baldessari employs brusque, unexpected junctures to create at once befuddling and enlightening dissonances. 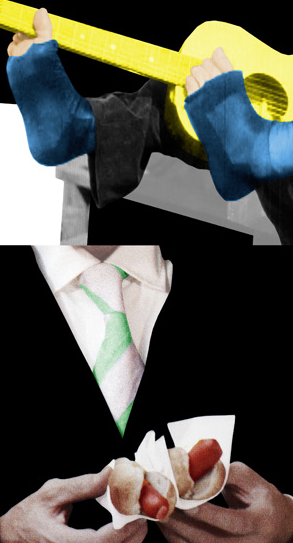 An artist “more interested in things that have escaped attention,” Baldessari often chooses to ignore traditional focal points, instead honing in on the everyday or proverbial crevices. As the diptychs featured at Sprüth Magers attest, Baldessari focuses on bodily appendages instead of his subjects’ heads, which he either partially or completely obscures. In Guitar/Hot Dog, for instance, Baldessari diverts our attention to awkwardly positioned feet and hands, seeming to scorn the human face as his subjects’ chief psychological repository. In this way, the artist is able to exonerate certain codes written in human anatomy and offer the hands and feet as portals into the human stream of consciousness. 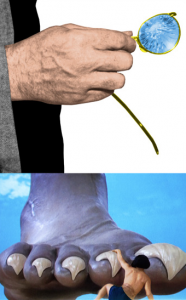 In Eyeglasses (Broken)/Foot/Person, Baldessari’s cannibalization of cut-out images and forms disturbs our normative perception of the visual vernacular and results in the images’ complete decontextualization. Baldessari’s work often grapples with themes of order and chaos, as witnessed in Eyeglasses (Broken)/Foot/Person. Yet however destabilizing the artist’s juxtaposition of images, his systematic formal logic has been said to paradoxically “slow down the flow of photographic images we experience every day.” In rendering bizarre metaphysical landscapes, Baldessari effectively liberates images from their typical spatiotemporal contexts and achieves a dreamlike visual cohesiveness hearkening back to his Surrealist predecessors. 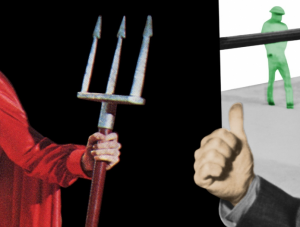 As the incorporation of language into his early work evinces, processes inherent in communication are central to Baldessari’s art.  In Pitchfork/Person, the artist re-appropriates recognizable signals to probe their meaning in society. Presenting stark contrasts and filling in shapes with splashes of effervescent color, he upends preconceived notions attached to objects. Baldessari employs these strategies also to underscore what has been cropped or omitted as well as to intensify negative spaces. 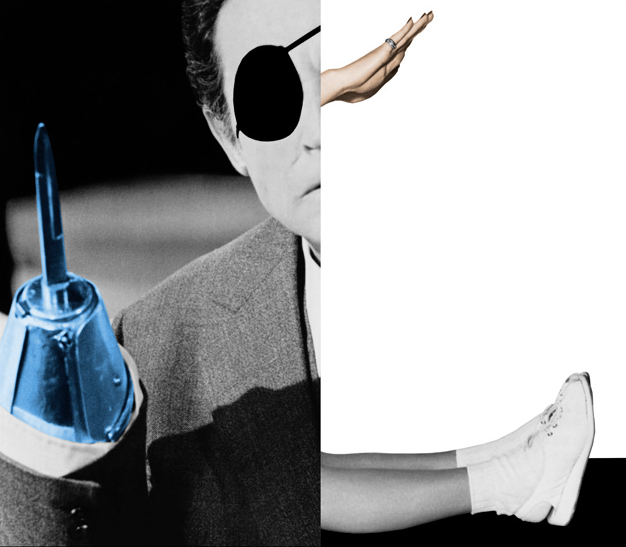 In the harrowing Eyepatch/Prosthesis (Knife), traces of stark absurdism offset playful irony. Baldessari often sets arbitrary limits in his artwork to question aesthetic conventions. The apparent contrast shown in Eyepatch/Prosthesis (Knife) is in keeping with his diligent effort to confound staid and “boring” art, at which he derives creative inspiration despite continual dissatisfaction. In the artist’s words, “If I saw the art around me that I liked, then I wouldn’t do art” [Art Info]. 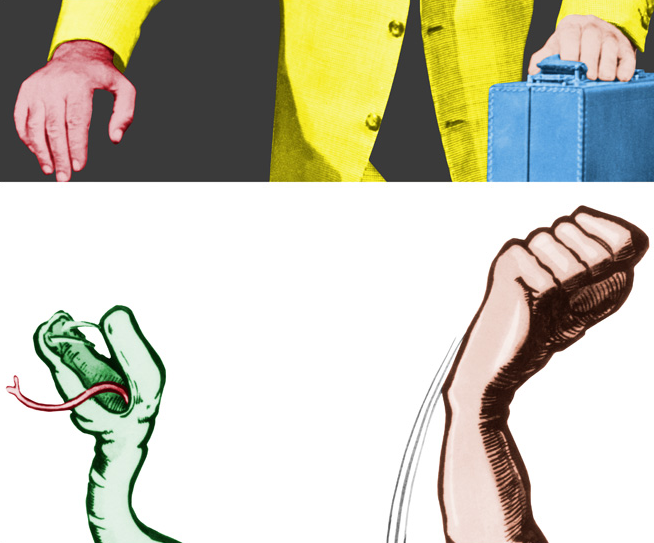 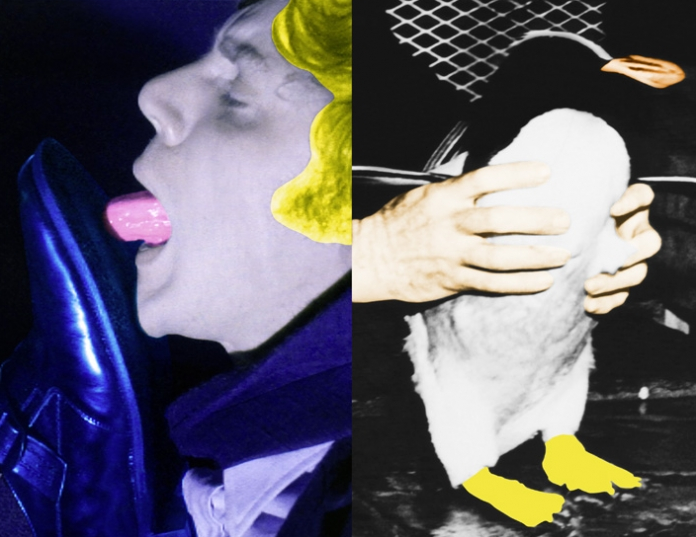 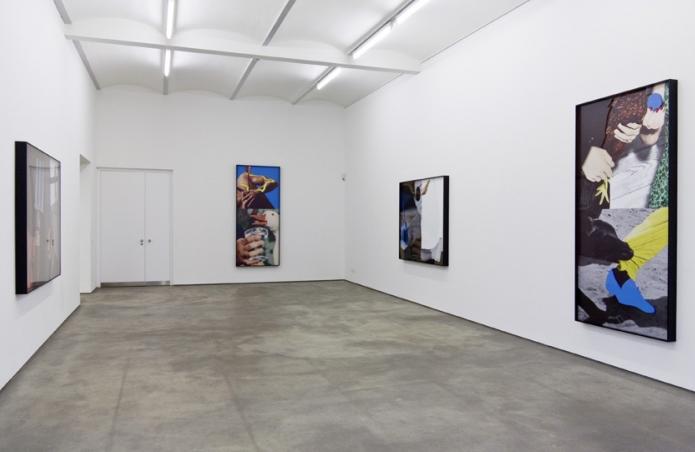 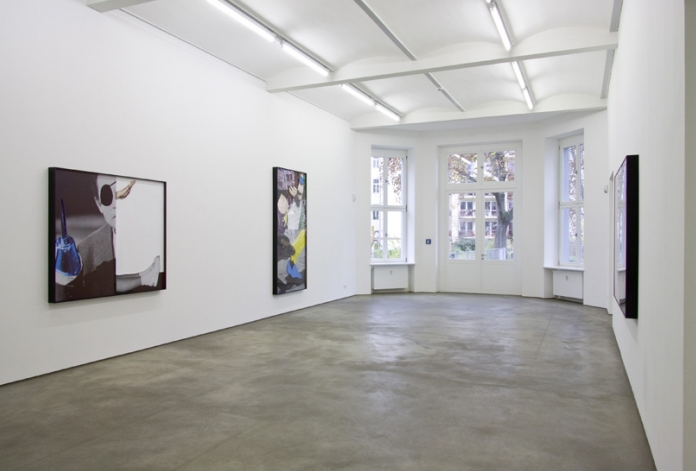 All image via Sprüth Magers unless otherwise noted.

This entry was posted on Monday, December 28th, 2009 at 1:48 pm and is filed under Go See. You can follow any responses to this entry through the RSS 2.0 feed. You can leave a response, or trackback from your own site.