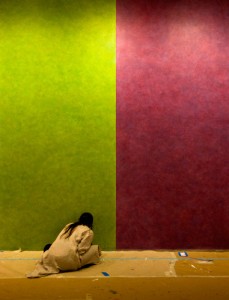 Currently on view at Magasin 3 Konsthall is “Seven Wall Drawings” by Sol Lewitt.  The exhibition, spanning the artists’ prolific career, takes the line as its theme. It is a motif to which Lewitt constantly returned, working, according to the exhibition’s curator Elisabeth Melqvist, “with exceptional consequence.” 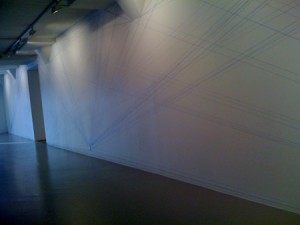 Ten thousand lines, measuring a total of 22 meters, cover the gallery’s walls from floor to ceiling. These lines truly reflect the creativity that can exist within a simple restriction. ”The descriptions and instructions sound bone dry but the result is startling,” shares Mellqvist. “It is beautiful, chaotic and overwhelming.” In addition to his investigation of possible line combinations, Lewitt also expanded his formal language in later years to encompass geometric shapes and color.

Included on the shopping list for the laborious 6-week installation were: 44 pencil leds, 12 pencil sharpeners, 20 pencil holders, 18 rolls of tape, 6 colors of paint, 15 liters of varnish, chalk pigment, four 3-meter-long wooden rulers, 3 scaffolds with wheels, 7 step ladders, and a good deal more. The installation work is overseen by assistants from Lewitt’s studio who worked with him personally. 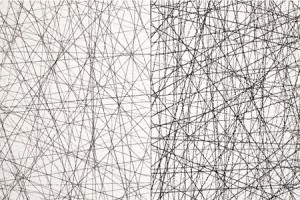 Lewitt, born in 1928 in Hartford, Connecticut, rose to prominence in the 1960s. Linked to the Conceptual and Minimalist movements, Lewitt is one of the most seminal figures in contemporary American art history.  He is remembered for his “structures” (a term he preferred to “sculptures”) and unique wall drawings. Since his passing in 2007, The Massachusetts Museum of Contemporary Art (Mass MoCA) in North Adams undertook a 27,000 square-foot retrospective of Lewitt’s work, which will be on view until 2033.  New Yorkers recently have seen the artist in the press regarding the recently-opened installation in the Columbus Circle subway station. 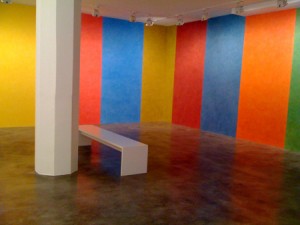 “An exhibition of Lewitt’s work is nothing new,” shares Mellqvist, “What is unique is how his art continues to be relevant and inspiring.” Although Lewitt’s work is not as well-known in the Nordic countries as in the US, Mellqvist comments that the work is being received very well.  This is perhaps due in large in part to the Scandinavian sensitivity to minimalist design. “To start with the line is to start with the most basic element in a drawing; at this time, Lewitt worked with reduction and geometry, which is often referred to as typical for Scandinavian design.” 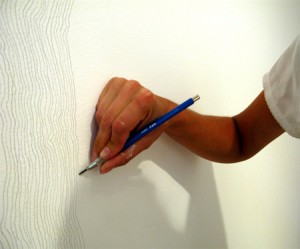 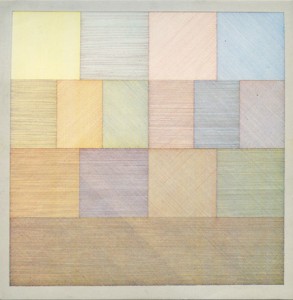 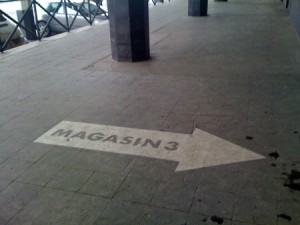 Magasin 3 Stockholm Konsthall is a privately funded art space with a collection comprised of approximately 600 works. Founded in 1987, it filled a gap in the national scene and quickly became one of the most important spaces for exhibiting mid-career internationally established artists.  The gallery also houses James Turrell’s “Dawning,” the artist’s only installation permanently on view in the Nordic countries.

“Seven Wall Drawings” at Magasin 3 is the most extensive exhibition of Sol Lewitt’s wall drawings in Scandinavia to date. It will run through June 6, 2010.

This entry was posted on Tuesday, January 26th, 2010 at 4:23 pm and is filed under Go See. You can follow any responses to this entry through the RSS 2.0 feed. You can leave a response, or trackback from your own site.