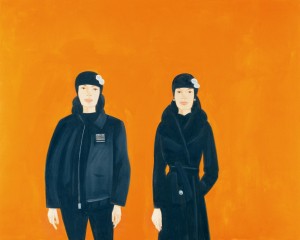 Now on view at the Museum Kurhaus Kleve through February 21 is the exhibition, An American Way of Seeing, including over 40 works from 1957-2008 by the American painter Alex Katz (b. 1927) and encompassing the artist’s breadth of skill and influence in the genre of figurative painting.  Realized in cooperation with the Sara Hilden Art Museum, Tampere, Finland, and the Musee de Grenoble, France (and following a recent exhibition at the Thaddaeus Ropac Gallery in Paris showcasing the artist’s fashion studies), An American Way of Seeing will trace Katz’s contribution to the disciplines of portraiture and landscape through canvases of striking luminosity and spirit. 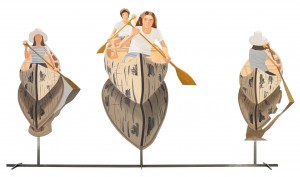 Vividly documenting the everyday, Katz’s paintings and cut-outs at once capture the transient nature of Impressionism and highly stylized two-dimensionality of Pop Art. While they appear frozen in a planar frame, Katz’s works brilliantly incorporate techniques of twentieth-century advertising to deliver a cross-section of dynamic, idyllic America. Describing his paintings as “plausible but by no means natural,” Katz blends past and present philosophies to arrive at a unique aesthetic language. 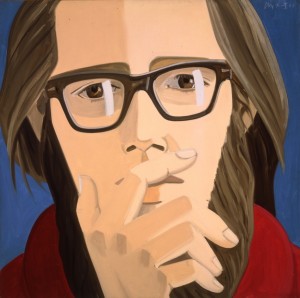 As seen in Ted Berrigan and Purple Wind, Katz’s paintings embody an intangible grandeur that comes from the works’ monumental scale as well as the process laden in his compositions. Borrowing the methodology of his Abstract Expressionist contemporaries, including dramatic lighting and layering, Katz achieves lustrous effects and elegant formalism while rendering larger-than-life, transcendent representations. 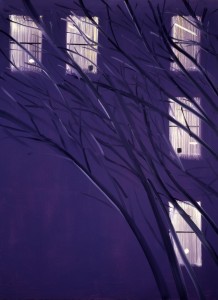 In Homage to Utamaro and Thursday Night 2, Katz exceeds purely descriptive painting via clusters of ephemeral yet emboldened countenances. Terming his artwork as an exercise in “artificial realism,” Katz’s canvases teem with the undercurrents of cool jazz, cinematic billboards and advertising campaigns to invoke the artistic zeitgeist of his generation. Shirking the structure of form and narrative, his paintings are nevertheless replete with the visual information and coherence of an instantaneous photograph. 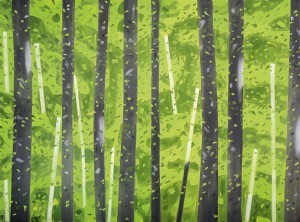 Developed in contradiction to the trend of abstraction dominating the 1950s, Katz’s representational style revels in capturing the likeness and transience of natural phenomena. In Black Brook II and 10:30 AM, for example, Katz unapologetically depicts beauty with rich hues and textures. Of his aim to instill lasting impressions through art, the artist says, “The painting will stay with you, but the sunset disappears.” 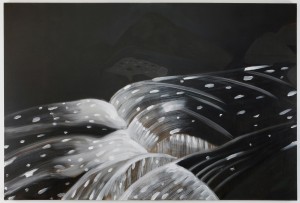 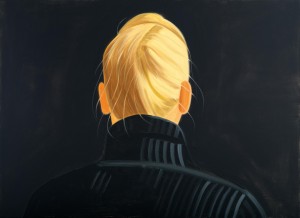 Central to Katz’s resplendent portraiture is his emphasis on style above form. Rejecting any illusion or grandiosity, style and content merge in his paintings so as to reinforce Katz’s signature clarity and simplicity. Although his deadpan evocations link apparently to popular culture, they also reference an unadorned vision of the world, as expressed by the master Diego Rodriguez de Silva y Velázquez and Japanese woodcutter Kitagawa Utamaro.

All images via Museum Kurhaus Kleve unless otherwise noted.

This entry was posted on Saturday, January 2nd, 2010 at 8:00 pm and is filed under Go See. You can follow any responses to this entry through the RSS 2.0 feed. You can leave a response, or trackback from your own site.