Currently on view at the State Hermitage Museum in St. Petersburg is a collaborative project between the renowned London based Saatchi Gallery and the initiative “Hermitage 20/21” titled “Newspeak: British Art Now.”  The exhibition features works by British artists that recently gained recognition in the United Kingdom through their alliance with Charles Saatchi. The exhibition at the State Hermitage is their international debut.

The title of the exhibition was borrowed from the celebrated anti-facist novel by British author George Orwell “1984”  where “Newspeak” is the artificial language created to restrict the flow of thought in the dictatorial society of the future. The creators of Newspeak proudly assert that Newspeak is “the only language in the world whose vocabulary gets smaller every year,” Bringing the best examples of artistic expression of today’s Britain to Saint-Petersburg – the former capital of cultural and intellectual repression- the exhibition establishes the international victory of freedom of thought over ghosts of totalitarian rule, perhaps irrevocably sending Orwellian nightmares into the realm of fiction.  The exhibition is on display until January 17, 2010 at the Nikolaevsky Hall of the Winter Palace, the oldest and the most opulent of the buildings that comprise the complex of State Hermitage. 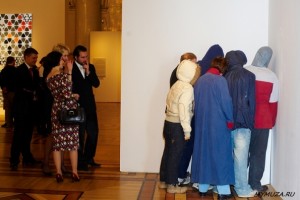 Newspeak at the State Hermitage 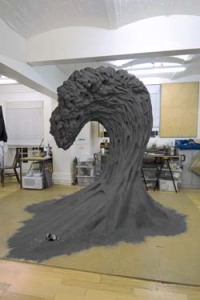 Dick Evans on display at the State Hermitage 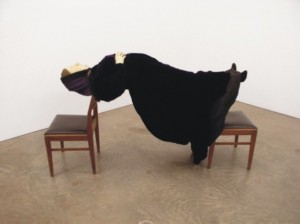 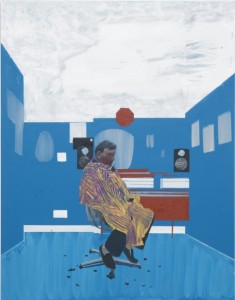 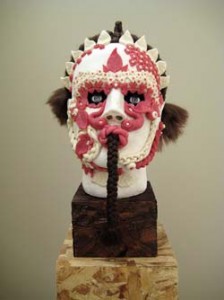 A comprehensive catalogue with introductory essays of Dr. Mikhail Piotrovsky, Director at State Hermitage and Dr. Dmitry Ozerkov, Curator of “Hermitage 20/21 initiative is published on the occasion of the exhibition. 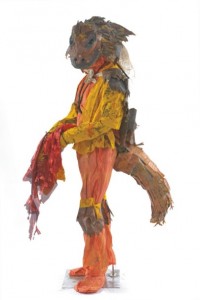 The expanded version of “Newspeak “will travel to Britain and will be on view at Saatchi Gallery in London until January 2011.

Scott King on display at the State Hermitage Museum

“Hermitage 20/21”, launched in 2007 by Dr. Dmitry Ozerkov, former curator of the French Engravings Department, is an initiative created with the aim to display the works of leading modern and contemporary artists at the State Hermitage. The exhibitions realized under this initiative are “USA Today – Choice of Charles Saatchi” (2007) and “Chuck Close-Seven Portraits (2008). In November, 2009 the management of the State Hermitage Museum announced the creation of the permanent contemporary art department, the outgrowth of “Hermitage 20/21”. This move is part of a concerted effort to build a collection of modern and contemporary art at this venerable institution, which in 2014 is scheduled to open a new wing that will include works dating from the 20th century to the present.

Related links:
“Hermitage 20/21″ at the State Hermitage Museum web-site
Saatchi gets a room at the Hermitage to showcase art collection  [Independent]

All images  via Charles Saatchi Gallery unless otherwise noted

This entry was posted on Saturday, January 9th, 2010 at 3:26 pm and is filed under Go See. You can follow any responses to this entry through the RSS 2.0 feed. You can leave a response, or trackback from your own site.