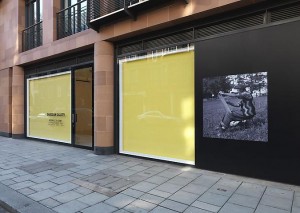 Starting February 10, Gagosian Gallery at 17-19 Davies Street, London holds the exhibition entitled “Arshile Gorky: Virginia Summer 1946″, featuring works on paper by the renowned Armenian-American artist. The exhibition at Gagosian Gallery coincides with the major retrospective at Tate Modern, London that includes 178 works by the artist and covers his entire career. The show at Gagosian focuses on the works produced by Gorky during the summer of 1946, when the artist was recovering from a cancer operation in a remote farmhouse in Virginia. Still too weak to paint, Gorky produced three hundred works on paper during that summer, fourteen of which are on display at Gagosian Gallery.

More images, text and links after the jump… 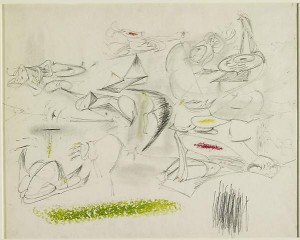 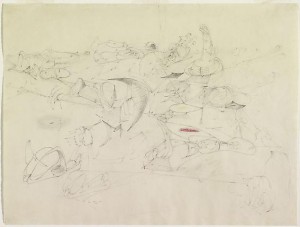 One of the founding fathers of Abstract Expressionism, Arshile Gorky (born Vostanik Manoog Adoyan in 1904 in Khogrom, Armenia) lived a life of unprecedented artistic achievement and personal tragedies of almost Shakespearean proportions. Together with his mother and sisters, the young artist was abandoned by his father who fled the country and relocated to the United States to avoid military draft. With the advent of Armenian genocide of 1915, the family moved to the Soviet-controlled Yerevan, where the artist’s mother soon died of starvation, inspiring a lengthy series of sincere and touching portraits in the oeuvre of the late Gorky. 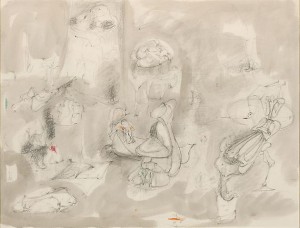 In 1920, at the age of 16, Gorky immigrated to the United States and reunited with his father. In 1922, he enrolled in the New School of Design in Boston, and, upon graduation, became a part-time instructor at the Rhode Island School of Design. In 1925, he relocated to New York and settled down in Greenwich Village, becoming a prominent representative of the local bohemian circle.  Obtaining a position at Grand Central School of Art, he embarked on serious experimentation of Cubism and later, Surrealism. At the age of 31, the artist married and officially became Arshille Gorky, taking upon this peculiar nom-de-plume that he derived from Achilles, the Greek demi-God and Trojan War hero and the last name of the Soviet writer Maxim Gorky. The true appreciation of Gorky’s work began in the early 1940s, when the artist met Andre Breton, who was impressed by the paintings and immediately pronounced them ” one of the most important works ever produced in America ” and “truly Surrealist” – the highest compliment of the major Surrealist exponent.

In 1946, the tragedy of Gorky’s personal life hit a very low point:  On January 16, a large number of his paintings were destroyed in a fire. The fire was caused by a stove that Gorky had installed the previous month in the building he used as a studio. The fire brigade was called, but Gorky managed to save only a few items – an old coat (which he said he thought was a portfolio of drawings), a hammer, a screwdriver and a box of charcoal. Friends came to Gorky’s aid, providing him with a place to paint in Manhattan – a “ballroom in the sky” on the 17th floor of a building overlooking Central Park. Later that year, Gorky was diagnosed with cancer and operated upon in Mount Sinai Hospital. After two rather unsuccessful solo shows at Julien Levy Gallery, Gorky and his family relocated to Crooked Run Farm in Virginia, where he produced the drawings featured at the present exhibition, as well as numerous studies but no oil paintings. 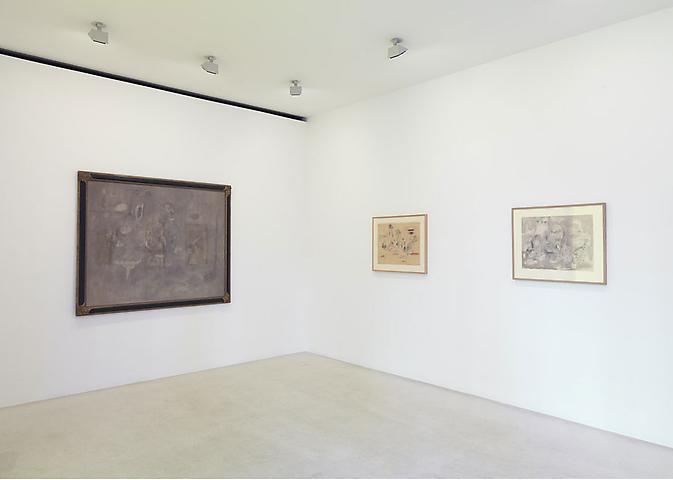 The artist’s wife Mougouch reported Gorky saying that in Virginia “nature entered his head and closed his ears”. The artist was drawing daily, using various means, among them pencils, crayons, pens and watercolors. He washed his drawings in the bathtub, hung them up to dry, and then scraped and sanded their surfaces. The botanical and biological details, taken apart and transformed into near-abstract renderings, powerfully entered his otherwise Surrealist vocabulary.

In October of 1946, fifty of these drawings were sent to New York to Gorky’s dealer Julien Levy. Several days before leaving the farm to return to Manhattan, Gorky wrote a letter to his sister Vartoosh, telling her that: “This summer I made many drawings, 293 of them, I notice, I have never been able to draw so much and they are very beautiful.” In 1948, at the age of 44, Gorky hanged himself in Sherman, Connecticut. 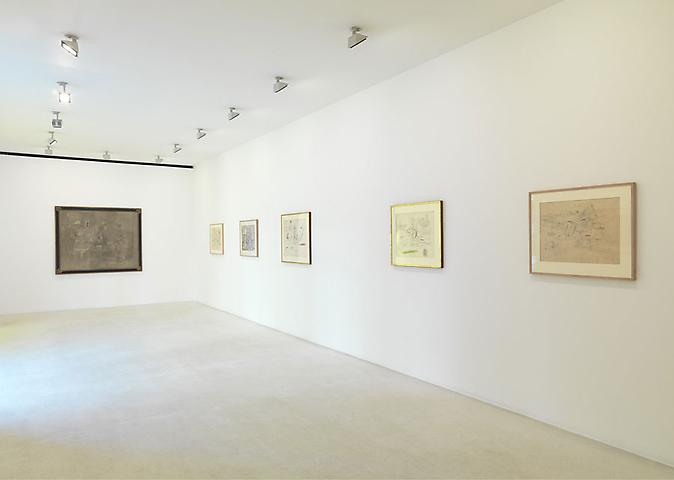 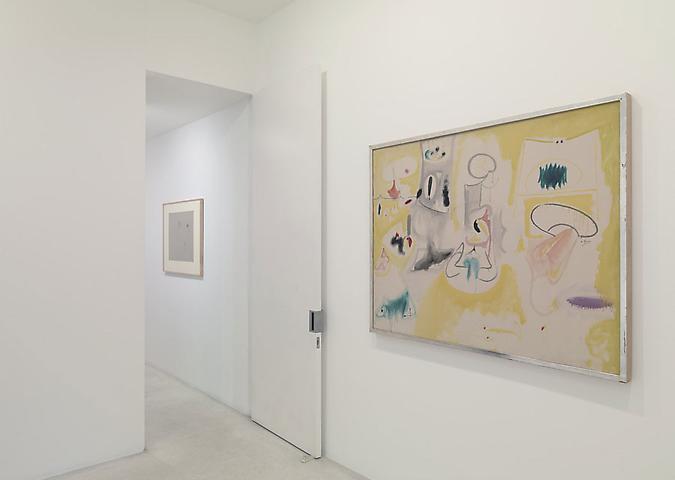 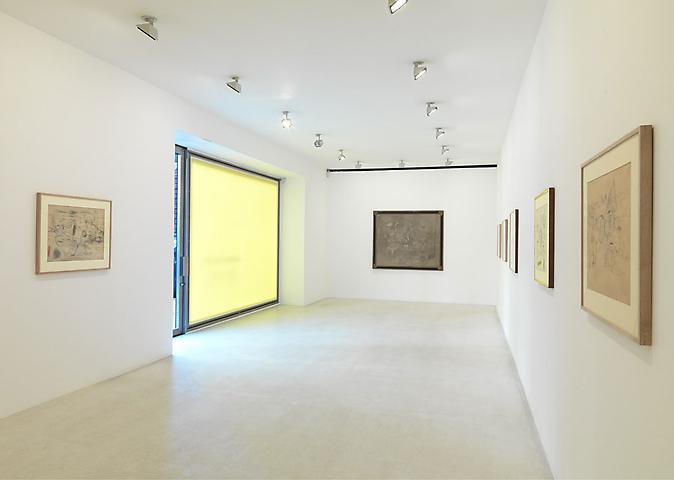 This entry was posted on Sunday, March 21st, 2010 at 11:19 pm and is filed under Go See. You can follow any responses to this entry through the RSS 2.0 feed. You can leave a response, or trackback from your own site.