AO On Site – New York: Scott Campbell ‘If You Don’t Belong, Don’t Be Long’ at OHWOW, Crosby Street, On View Through May 30th 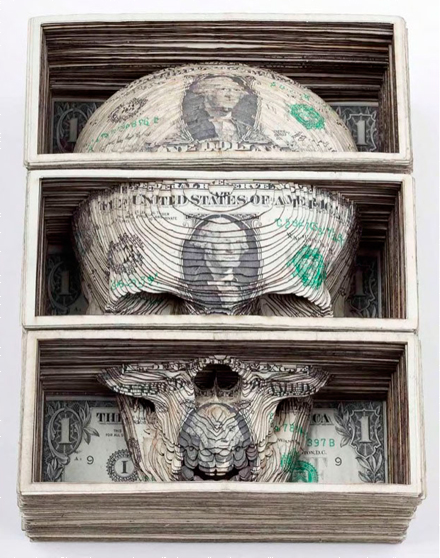 Thursday’s opening for Scott Campbell’s current show, If You Don’t Belong, Don’t Be Long, with OHWOW at 109 Crosby was inspired by the dreams of art students everywhere. There were celebrities, models, art superstars, and just plain crowds lining up at the door to see the work. Those in attendance, to name just a few, were Dan Colen, Aurel Schmidt, Nate Lowman, and countless others.  In addition to the block seeming to be the place to be at that moment in New York, the art set new standards for the artist and also helped to further establish Miami’s OHWOW gallery in New York. 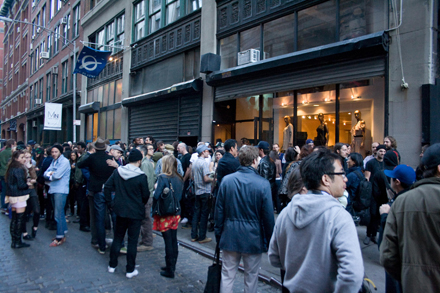 More text, photos, and related links after the jump. . .

Campbell shows three bodies of work, distinct in their mediums, but similarly tied together by their subject matter.  In this, his first solo show in New York, Campbell really ups the ante with his laser cut pieces.  Not only has he stacked the piles of one-dollar bills higher from 100 individual notes to 500, giving more dimension to the sculptural pieces, such as Skull Cube (2010, 9” x 6” x 4”), but he has also obtained uncut sheets of currency, allowing him to create larger more commanding images. For example, his human-sized image The Reaper (2010, 27” x 86” x 3”), portraying Death at his best.  Though this technology is nothing new, Campbell pushes the medium to the next level, merging his craftsmanship and presentation with content. 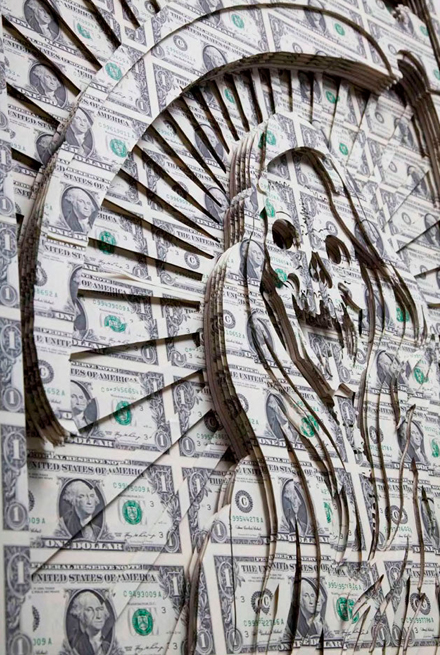 Scott Campbell The Reaper, 2010 via OHWOW

Alongside the laser cut pieces, Campbell presents us with more colloquial imagery in technicolor hologram.  The subject matter includes a flag, skulls, script, and a rose respectively pushed forward into the positive reflective space on a blacked out panel. Dominating the wall of this work is the piece You and Me and Rainbows (2010, 72” x 84”), which boldly proclaims the title of the piece in an ornate script. The size of the panel and the treatment of the text exude a feeling of weight, but the beauty of the piece is in the awkward space in which the connotations of the words and image exist together.  The work is part part Lisa Frank, part pubescent diary entry, and part felt black light poster produced by a grown man for a fine art audience. It’s weird in a good way. 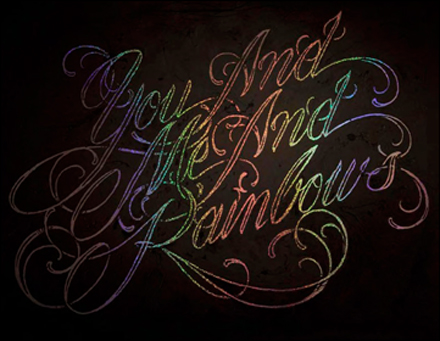 Scott Campbell You And Me And Rainbows, 2010 via OHWOW

In addition, the final body of work begins as an exploration of a traditional means, intaglio prints, and is then pushed to new limits. Here Campbell has taken the conventional copper plate and literally tattooed the image directly into the surface, then making prints in editions of 11.  Again the imagery is taken from that of a tattoo culture, but the piece that stands out is Smoking Vagina (2010, 9” x 12”), an anatomically generous rendering of a vagina with a lit cigarette hanging from its lips.  Alone, this piece would be questionable, but within the context of the rest of the imagery in the show, it fits into the amplified cliché of the collective iconography of sex, death, and sentiment. 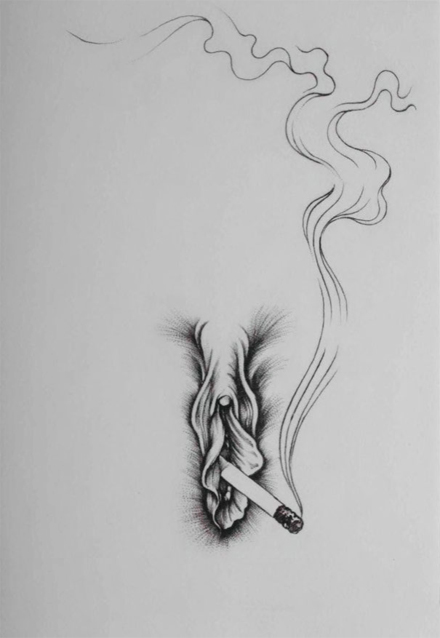 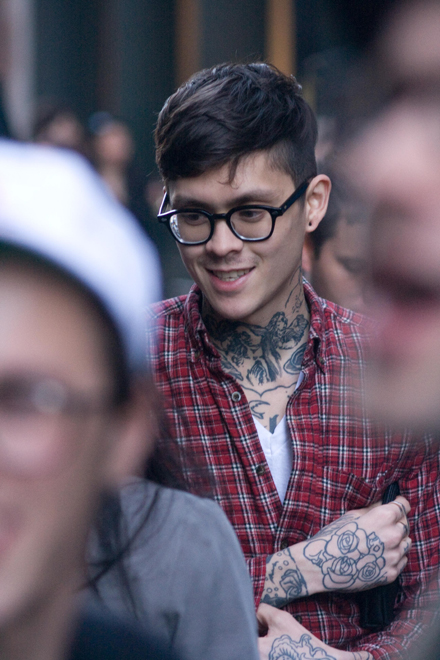 This show successfully walks the line of contradiction. The paradox here is that individually each peace drips with irony and sarcasm, yet as a whole the show is sincere almost to a point of naiveté.  Or is it the other way around? We are left with a wonderful feeling of question and doubt.  I think it is necessary here to also acknowledge the handling of the space. The gallery, given its temporary nature, is a beautifully raw space with none of the stuffy over-designed elements of many of its peers.  The work really meshes seamlessly with this utilitarian and un-invitingly human space. Also, there is no ambient light aside from the open door.  Every piece is lit individually by a spot, which enhances the dimensionality of the sculptural work, as well as dramatically activates the flat work on the walls.
-Stephen Wilson 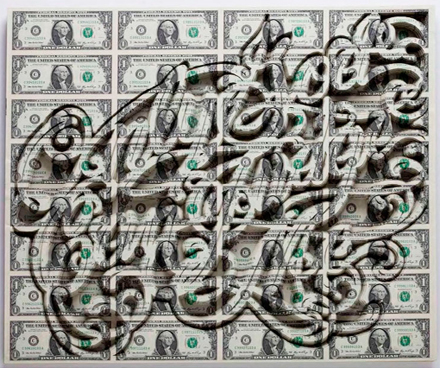 Scott Campbell Only God Can Judge Me, 2010 via OHWOW 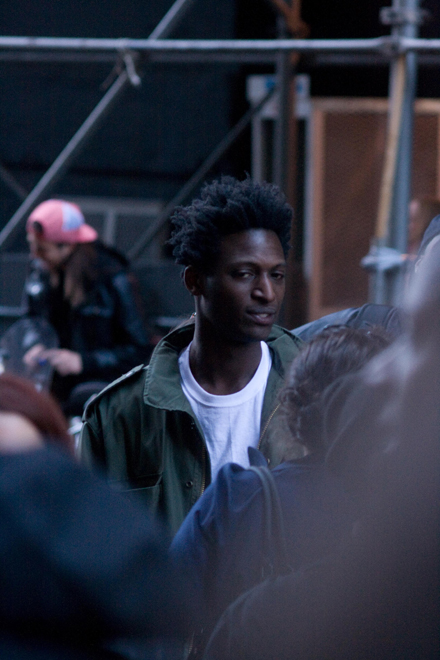 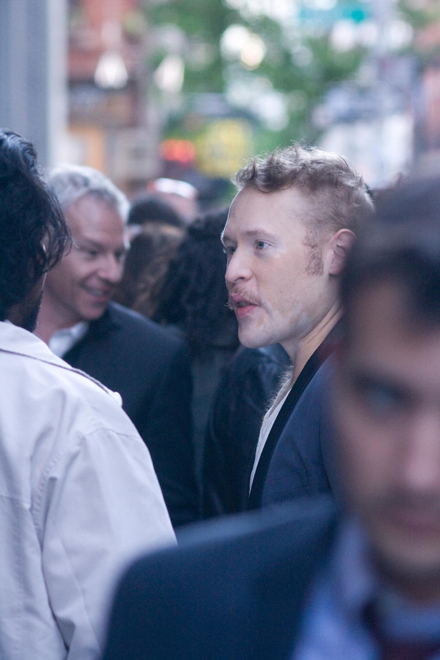 This entry was posted on Sunday, May 2nd, 2010 at 7:52 pm and is filed under AO On Site. You can follow any responses to this entry through the RSS 2.0 feed. You can leave a response, or trackback from your own site.

4 Responses to “AO On Site – New York: Scott Campbell ‘If You Don’t Belong, Don’t Be Long’ at OHWOW, Crosby Street, On View Through May 30th”