The Philosophy of Andy Warhol (From A to B and Back Again)
(Andy Warhol, 1977)
Read More and Buy↠
Home » AO Onsite – Auction Results: Christie’s New York Post-War & Contemporary Art Evening Sale and works from the Collection of Michael Crichton – headlined by Jasper Johns $29 million Flag 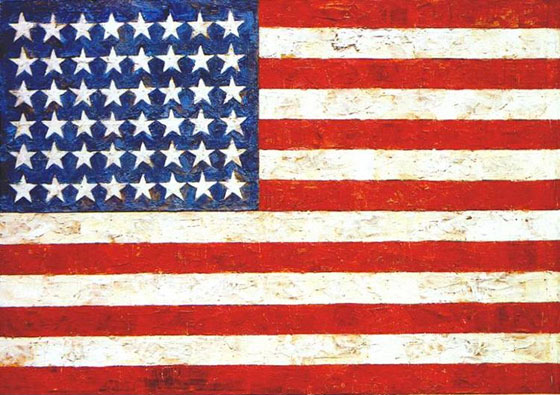 Last night Christie’s delivered a top result of $231,907,000 in its New York contemporary-art evening sale, easily hurdling the pre-sale estimate of $142.9 – 207.4 million and making it Christie’s biggest New York contemporary sale since May 2008, which totaled $331.4 million. This remarkable total was powered by a trove of 31 choice works from the estate of Michael Crichton, the author of bestselling science-fiction thrillers like Jurassic Park, who died of throat cancer in 2008. In total the Crichton sale fetched a handsome $93.3 million – exceeding pre-sale expectations by $23.7 million, making it one of the most successful single-owner sales ever. The group’s top performer was Jasper Johns Flag (est. $10 – 15 million) which sold to New York dealer Michael Altman for $23.7 million.Fifty-one of the evening’s 79 works offered sold for over one million dollars, and of those, 5 cracked the 10 million dollar mark. Remarkably, only five lots went unsold, or six percent by lot and a tiny two percent by value; 5 artist records were set.The geographic breakdown of buyers according to lots sold saw the United States take the lead with 74% of works going to Americans – unsurprising giving the depth of bidding witnessed in the sales room. Europe accounted for 21 percent of the sales and 0% went to Asian buyers – in complete contrast to last week’s sales of Impressionist and Modern art which were dominated by the Asian market. 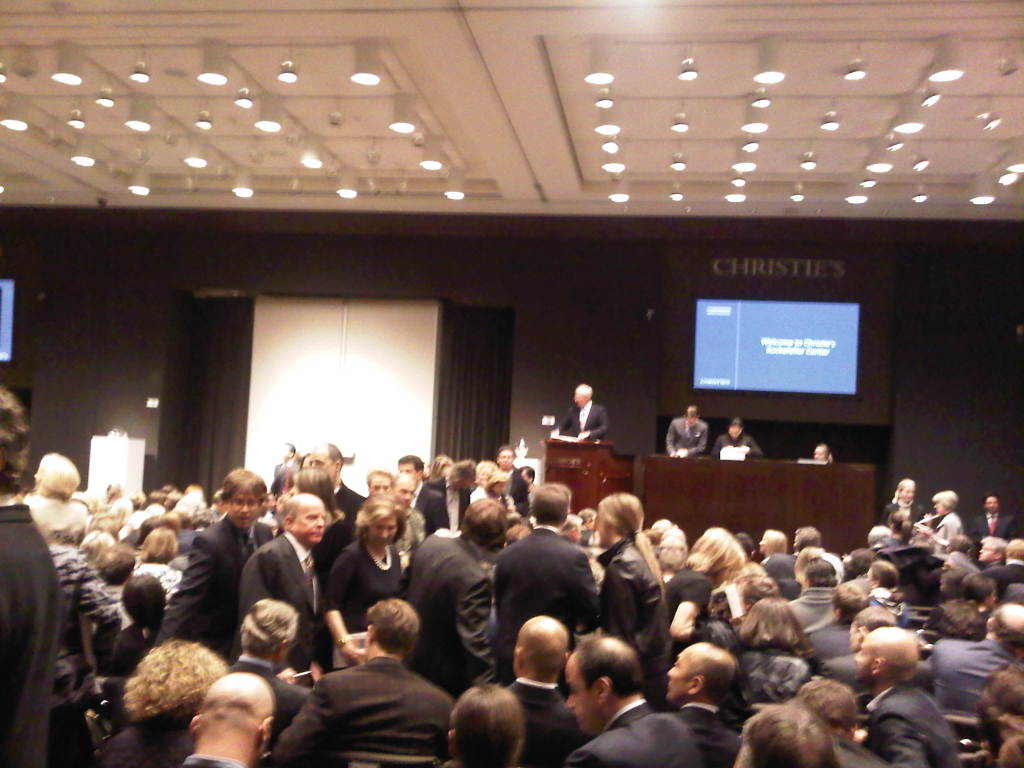 Bidders squeezed into a packed salesroom last night at Christie’s – many being forced to stand. 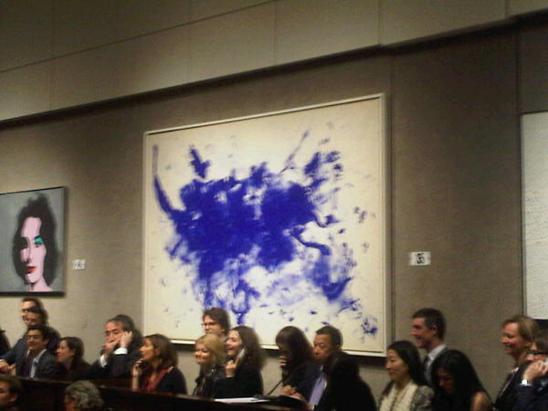 The sale of Jasper Johns’ Flag for $23.7 makes it the second most expensive work of art by a living artist ever to sell at auction, the current record – $33.5 million – was realized at Christie’s, New York in May 2008. Four determined bidders tangled for the prize over a period of two minutes. Dated 1960 to 1966, Flag was purchased by Crichton directly from the artist in 1974, the same year that the author’s Terminal Man entered bookstores.

Other highlights from the Crichton sale included two early 1960’s works by Robert Rauschenberg – Studio Painting (formerly titled Untitled and Calendar), and  Trapeze a two-part silkscreen and oil on canvas that sold to Larry Gagosian for $6,354,500, within its $5–7 million estimate – it was announced last week that Gagosian has been selected to represent the estate of Rauschenberg who died in 2008.  Pop Art was strong in the Crichton sale across a range of media and subject matter:  Roy Lichtenstein’s Figures in Landscape, a ‘Conversation’ painting created in the late 1970s, fetched $4,338,500 against an estimate of $4.3 – 5 million) and Ed Ruscha’s Voltage, 1964 sold for $1.65 million to Lawrence Luhring, co-owner of Luhring Augustine Gallery.

A new record was realized for one of the premier colorists of the twentieth century, Sam Francis. The artist’s Middle Blue, which held a high estimate of $5million, sold for a record $6,354,500 to the San Francisco-based dealer John Berggruen. The underbidder was Abigail Asher.  Also in the record-breaking column was a word painting by Christopher Wool, Blue Fool, which sold to a telephone bidder for $5,010,500.

As expected, high prices were reached for works by Andy Warhol, Yves Klein, and Jean-Michel Basquiat. Klein’s Anthropométrie “Le Buffle” (ANT 93), a work belongs to Klein’s last great series, referred to as the Anthropophagies, sold to a telephone bidder for $12,402,500. One of the most exciting sales of the night was witnessed for Warhol’s 1963 diptych Silver Liz that sold for $18,338,500 to L&M Arts Dominique Levy after a battle with an unknown standing bidder who, unwilling to go home empty-handed, took home Warhol’s Holly Solomon for $5.45 million.

This entry was posted on Wednesday, May 12th, 2010 at 4:57 pm and is filed under AO On Site, Auction Results. You can follow any responses to this entry through the RSS 2.0 feed. You can leave a response, or trackback from your own site.