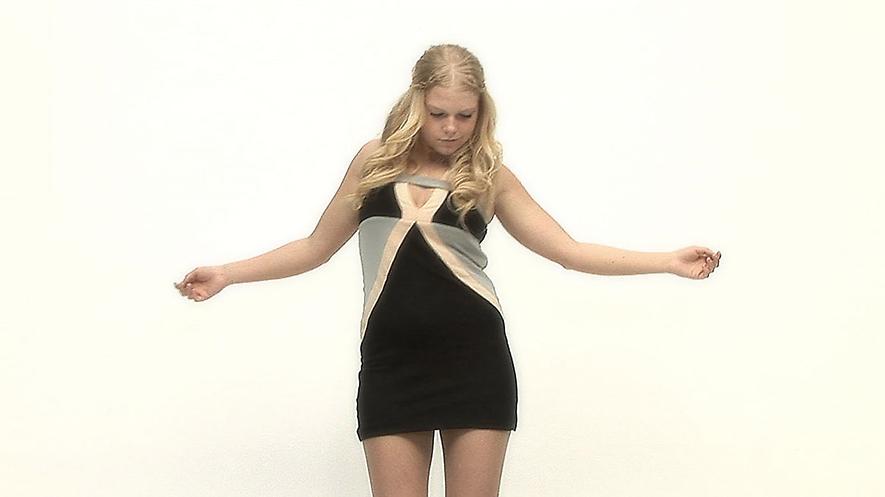 Currently on view at Marian Goodman Gallery, New York is a solo exhibition of recent works by Dutch artist, Rineke Dijkstra. Three video installations and a number of photographs are on display. Dijikstra frequently takes adolescents and teenagers as her subject, and these works are no exception. Her emphasis on youth never feels exploitative or overly voyeuristic, rather it invites the viewer to recall the feelings associated with nascent adulthood – a mindset focused on escapism, self-consciousness, and a burgeoning sense of identity. 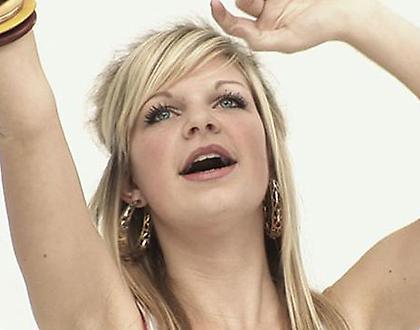 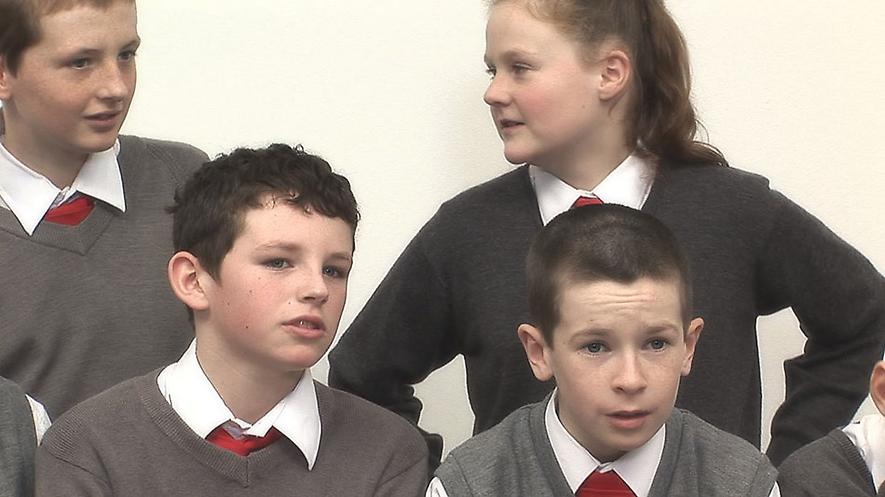 The North Gallery contains I See a Woman Crying (Weeping Woman), a three channel installation following a school group’s discussion of a Picasso painting titled, Weeping Woman. The school children’s gazes are directed towards the camera as they examine the painting and propose various possibilities to explain the Weeping Woman’s distressed emotional state. While some children take a passive role in the debate, offering only a few quiet insights, others dominate and direct the flow of ideas. In addition to reflecting the fascinating dynamic of such classroom interactions, the film offers insight into the way these children look and think about art. While shapes, color, and form are duly acknowledged, the creation of a narrative is what drives the discussion. 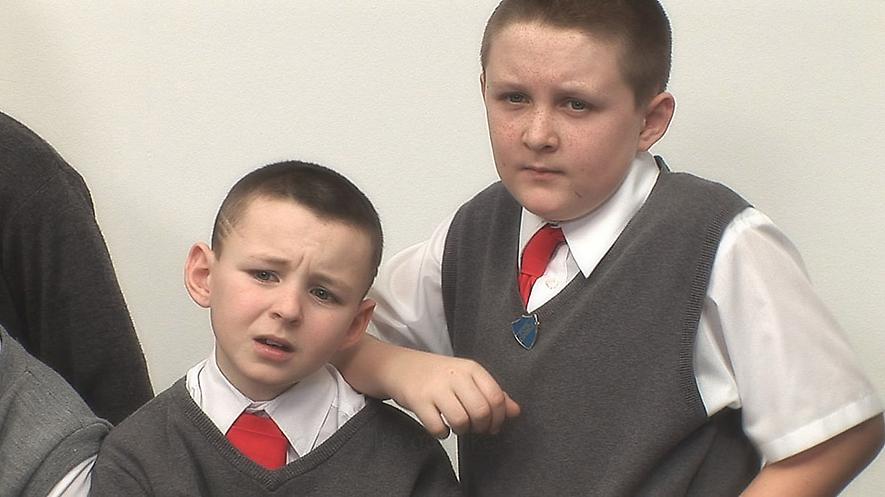 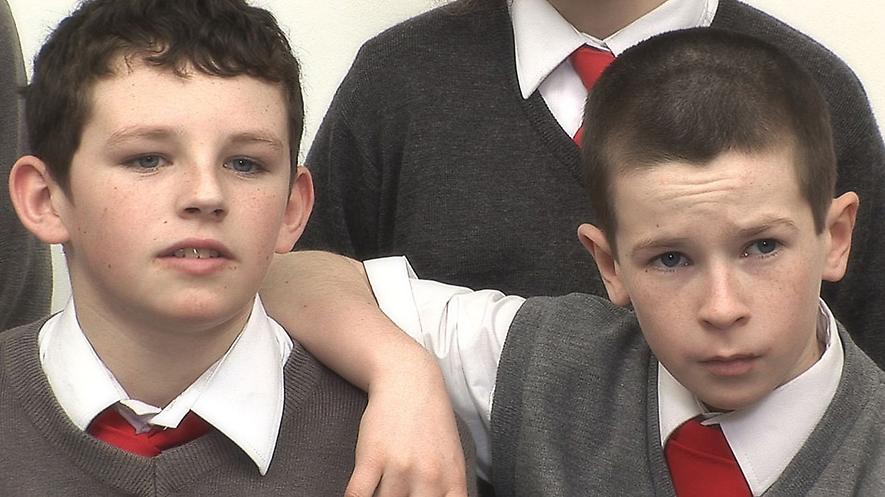 Ruth Drawing Picasso again focuses on the interaction of school children with a Picasso painting; however, here there is just one student and the only noise comes from the sound of her pencil moving on paper. While seated on the floor, Ruth switches her attention in between observing the painting and creating her own drawing. Although her drawing remains beyond view, the scratch-scratching of her pencil provides an auditory experience which supersedes the visual. 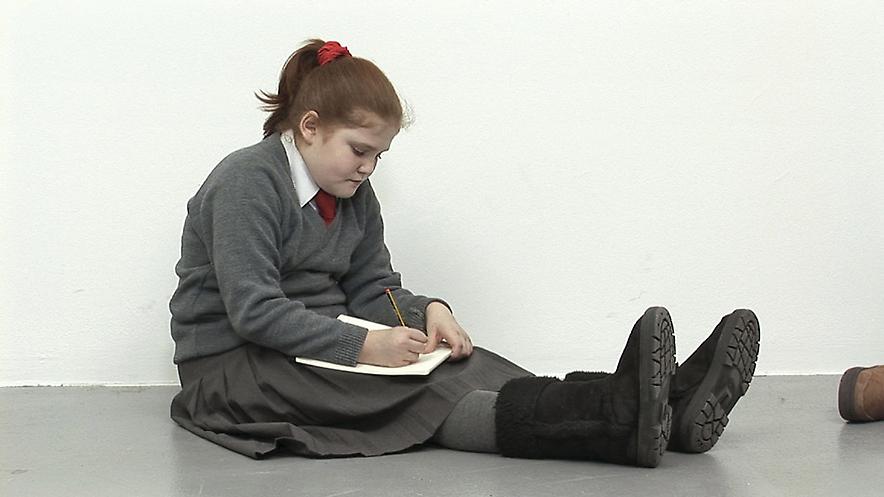 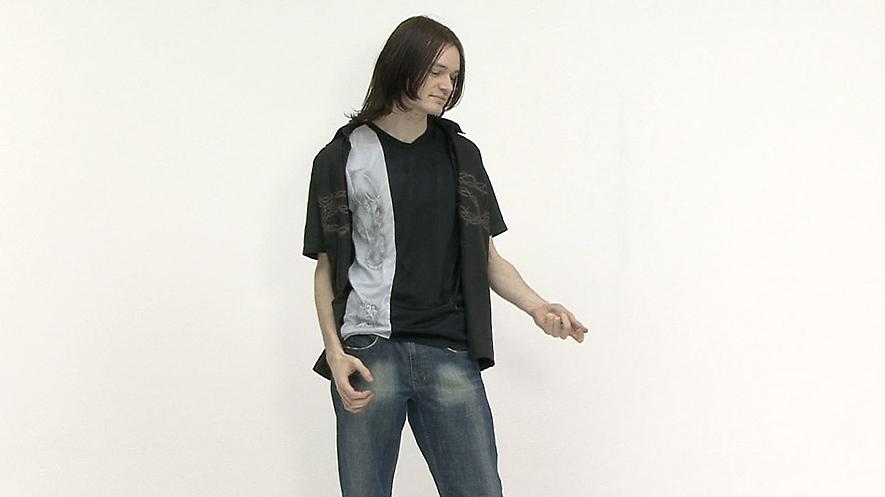 The Krazy House, Liverpool UK (Megan, Simon, Nicky, Philip, Dee) is located in the South Gallery and consists of four individual screens, of which only one is projected on at a time. Like its predecessor, Dijkstra’s The Buzzclub, Liverpooil, UK/Mysteryworld, Zaandam, NL (1996-97), The Krazy House was created by filming several teenagers dancing at a Liverpool nightclub. In this piece each dancer moves solo against a solid white background while his or her favorite song plays. 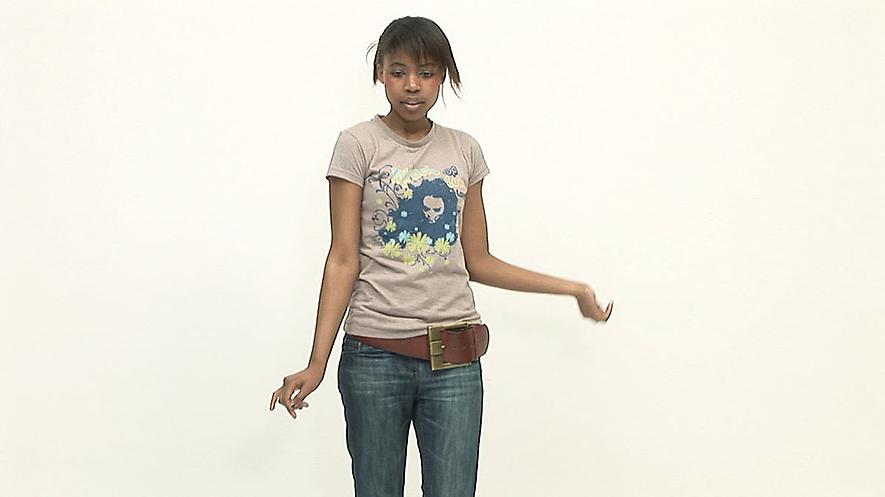 For the most part, these teenagers move with abandon and ease. Nevertheless, moments of self-consciousness surface at intervals. Although Nicky comes across with a degree of confidence and self-assurance, the awkwardness of youth is revealed in the way she occasionally pulls her dress down and fidgets with her hair. The long hair rocker, who head bangs his way through an angry System of a Down song, seems completely lost in himself and the music – until the very end when he sheepishly grins at camera. The presence of the camera does not appear to be the motivating factor in these moments, rather they seem to be behaviors just as likely observed on the actual dance floor of a club. These moments therefore make The Krazy House a particularly compelling picture of adolescence. 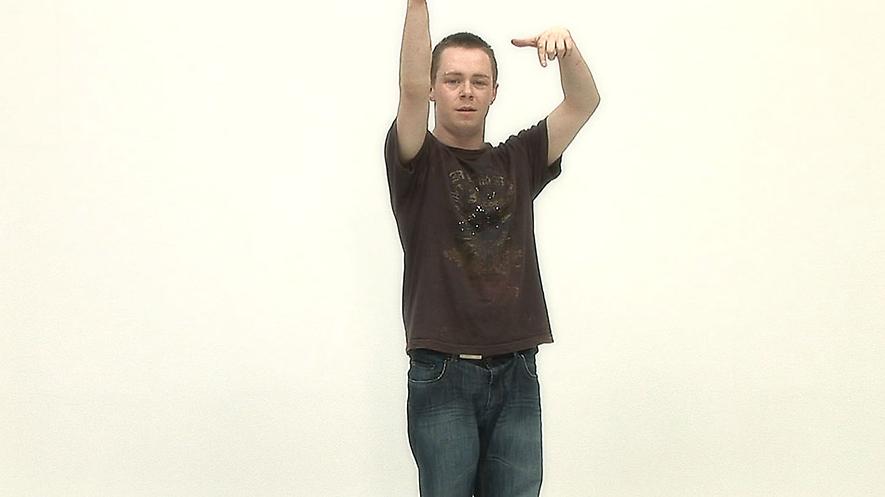 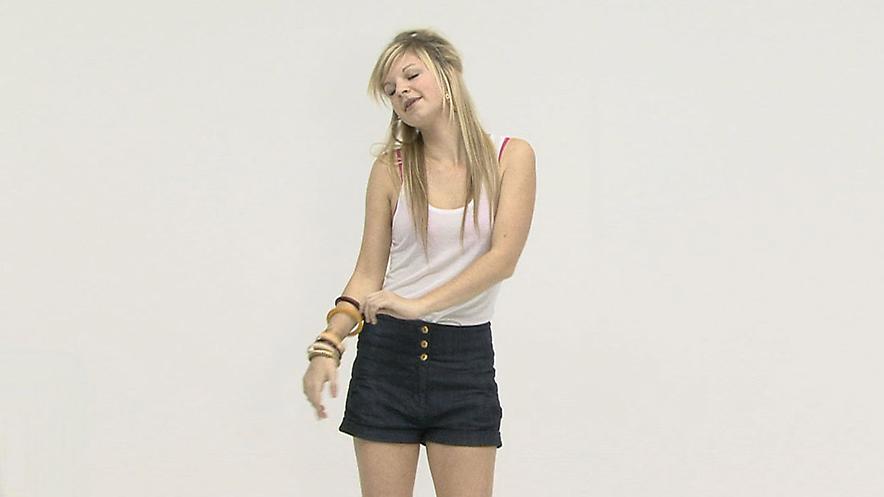 Rineke Dijkstra was born in 1959 in Sittard, Netherlands and studied photography at the Gerrit Rietveld Academie in Amsterdam during the 1980s. Dijkstra is well known for her single portraits of youth as well as individuals in moments of transition. Her Beaches (1992-1995) series, photos of adolescents on beaches in American and Europe, was a particularly pivotal moment in the development of career. New Dutch mothers, Israeli soldiers, Bosnian refugees, and bullfighters have also been the focus of Dijkstra’s lens. In recent years the artist has turned her attention to video. In addition to having exhibited widely Dijkstra has been the recipient of numerous photography awards. She currently lives and works in Amsterdam.

US Fed News Service, Including US State News February 14, 2009 WASHINGTON, Feb. 14 — Rep. Bill Posey, R-Florida, has introduced the Child Tax Credit Preservation Act of 2009 (H.R. 793), legislation that would “amend the Internal Revenue Code of 1986 to make permanent the child tax credit and to allow for adjustments for inflation with respect to the child tax credit.” The bill, introduced on Feb. 3, has 31 co-sponsors. It was referred to the House Ways and Means Committee.

A copy of the full-text of the legislation follows:

Be it enacted by the Senate and House of Representatives of the United States of America in Congress assembled, SECTION 1. SHORT TITLE.

This Act may be cited as the `Child Tax Credit Preservation Act of 2009′.

(a) Repeal of Sunset- Title IX of the Economic Growth and Tax Relief Reconciliation Act of 2001 (relating to sunset of provisions of such Act) shall not apply to– (1) the amendments made by section 201 of such Act, and (2) any amendments made to section 24 of the Internal Revenue Code of 1986 which are enacted after the date of the enactment of such Act.

(b) Adjustments for Inflation- Section 24 of the Internal Revenue Code of 1986 (relating to the child tax credit) is amended by adding at the end the following new subsection:

`(g) Adjustments for Inflation- `(1) IN GENERAL- In the case of a taxable year beginning after December 31, 2008, the dollar amounts in subsection (a) and (b)(2) shall be increased by an amount equal to– `(A) such dollar amount, multiplied by `(B) the cost-of-living adjustment determined under section 1(f)(3) for the calendar year in which the taxable year begins, determined by substituting `calendar year 2001′ for `calendar year 1992′ in subparagraph (B) thereof. website child tax credit 2012

This entry was posted on Sunday, July 25th, 2010 at 1:00 am and is filed under Go See. You can follow any responses to this entry through the RSS 2.0 feed. You can leave a response, or trackback from your own site.