AO on site – New York: MELT by Noémie Lafrance at the Salt Pile through September 12th, 2010

Art Observed was on site for MELT: an experimental, site-specific dance installation performed at the Salt Pile in lower Manhattan through September 12, 2010. Choreographed by Noémie LaFrance, best known for staging similar conceptual pieces in unconventional urban spaces, MELT incorporates both the aesthetic and acoustic particulars of its location into a multi-media sensory experience. Watch the video above for AO’s exclusive MELT short clip. 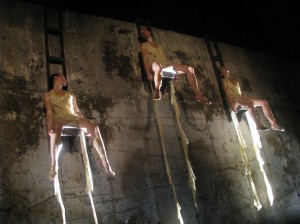 Dancers in MELT at The Salt Pile. All images by Art Observed.

The 30 minute performance features eight seated women, each harnessed to the wall beneath the Manhattan Bridge. The dancers are wrapped in a mixture of beeswax and lanolin, which gradually softens, drips, and liquefies, in order to create the illusion that they are melting.

More images and text after the jump. 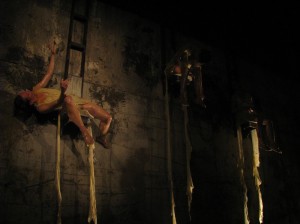 The choreography is designed to evoke the euphoria and exhaustion of approaching the sun. The dancers melt so that their souls may “escape their ephemeral bodies and disintegrate into light.” They move in similarly-paced yet distinct gestures, to an original score by Erin McGonigle. 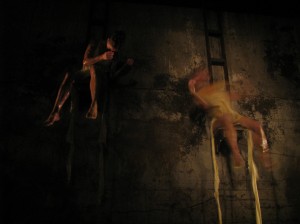 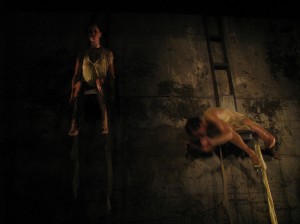 MELT aims to engage the audience in a sensual and dramatic visual experience, functioning as both a performance piece and sculptural installation. The work incorporates a variety of themes including  global climate change, ritual, mythology, and female beauty. 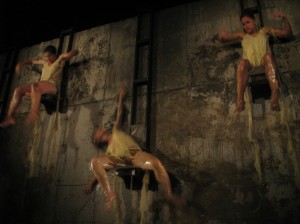 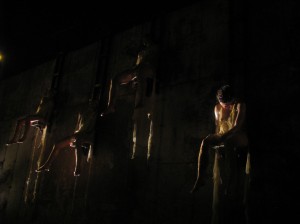 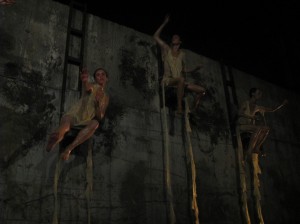 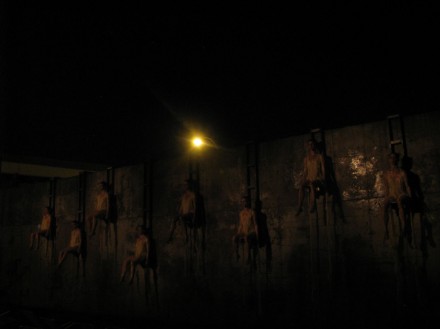 MELT runs Thursday through Sunday nights until September 12th, 2010 at the Salt Pile, 74 Pike Slip at South Street, under the Manhattan Bridge. It is presented by Sens Production, a not-for-profit production company specializing in site-specific dance performances.

Women on the Verge of Melting [WSJ]

The Spokesman-Review (Spokane, WA) August 25, 1996 | From staff ; wire reports The romantic ambiance from a Coeur d’Alene Resort wedding Saturday turned to near-disaster when a couple’s honeymoon hot tub went up in flames.

Thirty-six firefighters from three agencies swarmed to The Coeur d’Alene Resort after the alarm sounded at 3:28 p.m.

Fourteen people were evacuated to the floor below to escape the acrid smoke caused by the burning fiberglass tub, according to Coeur d’Alene Fire Chief Frank Sexton.

The fire was started by a candle that was floating in the hot tub. The candle floated into a skimmer drain, where it continued to float and burn a hole in the tub, according to firefighters. coeurdaleneresort.net coeur d alene resort

No one was in the tub during the incident, and the wedding party was not among the gawkers watching firefighters outside the resort.

Maintenance workers had extinguished the fire by the time firefighters arrived, but the fire department declared it under control by 4:04 p.m. see here coeur d alene resort

Fire engines and an ambulance were parked on Front Street next to the resort, and more fire trucks were stationed in the Third Street Parking lot.

During the call to the resort, a mini-van burst into flames in the parking lot. The front end of the van was destroyed before firefighters could respond.

No one was injured in either incident, Sexton said.

Because of the hubbub on Front Street and in the Third Street lot, police officers were stationed at several downtown intersections to direct traffic away from the area.

Coeur d’Alene Resort manager Bill Reagan said the resort was not prepared to make any comments about the fire Saturday.

One resort employee did compliment Sexton on his department’s “excellent” response to the fire.

“Tell the mayor,” the chief quipped.

This entry was posted on Wednesday, September 1st, 2010 at 4:30 pm and is filed under AO On Site. You can follow any responses to this entry through the RSS 2.0 feed. You can leave a response, or trackback from your own site.

One Response to “AO on site – New York: MELT by Noémie Lafrance at the Salt Pile through September 12th, 2010”