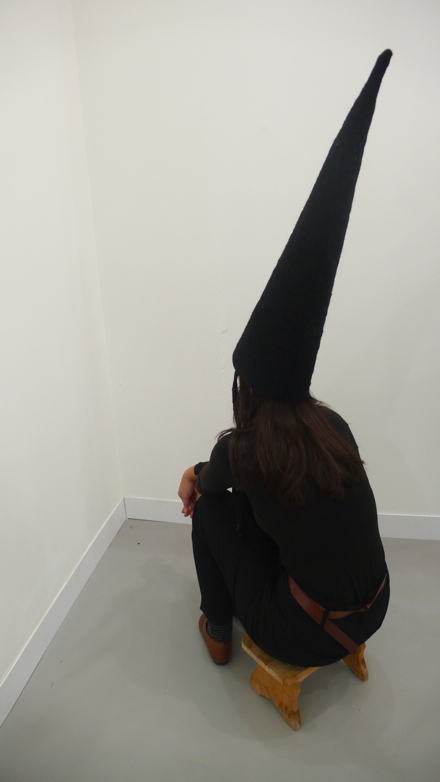 With Freize 2010 coming to a close Sunday evening in London’s Regent Park, the fair’s guests have had a chance to reflect on the various elements of the event that defined the weekend. The fair opened on Friday with a VIP preview that saw encouraging multimillion-dollar sales; however, from booth to booth the art seemed to lack the brute sex appeal that in past years drove buyers to such transaction. With a global recession not far enough behind, it appears that it will be a while before the same level of extravagance returns to Frieze. Some pieces sold well initally, but not all pieces were bought up in boom time fashion, Damien Hirst’s Viagra-tablet-filled pill cabinet, with an estimated asking prince of $6 million dollars, reportedly remained unsold at Gagosian Gallery by at least the end of Friday night’s event.

more photos, story and a full news link summary after the jump…

Despite a unique atmosphere given to this year’s exhibits, Frieze maintained its annual group of staid crowd pleasers and Frieze projects. Among the first the attendees came across was Matthew Darbyshire’s Everything Everywhere: A Ticketing Experience for Frieze Art Fair 2010, which featured a Frieze ticket booth turned into what appeared to be a mobile phone store. According the Gaurdian, Darbyshire spent a good deal of time in the Westfield shopping centre to perfect his design, which intends to comment on, “the new ‘experience economy’.

London based Spartacus Chetwynd and actors performed A Tax Haven Run by Women involving a cat shaped bus and a game show like performance in which a team, “women who refuse to grow old gracefully” battle with “oppressed body-part puree.”

As AO previously reported, Fujiwara’s Frozen has been widely covered, the site is staffed at all times by an archeology student who unearths items from the ground  and cleans them carefully with dental tools under the illumination of a magnifying light. 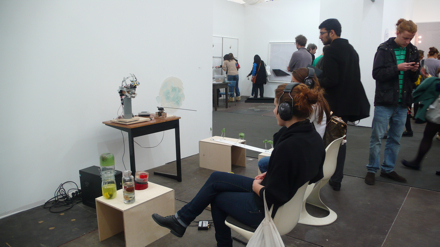 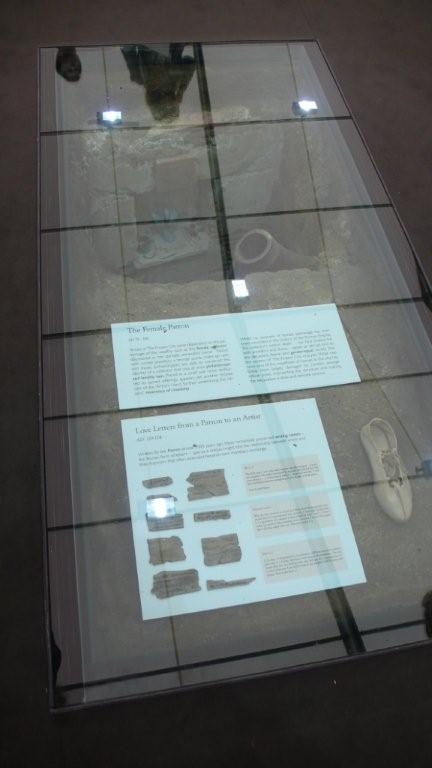 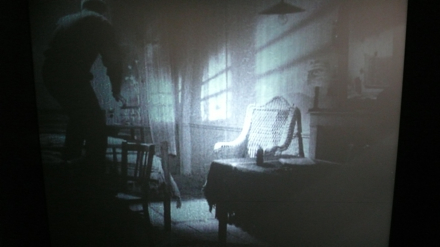 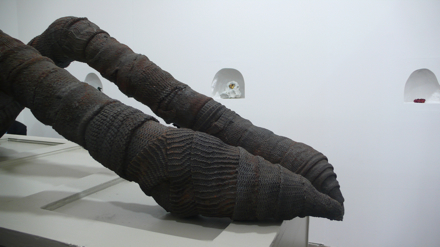 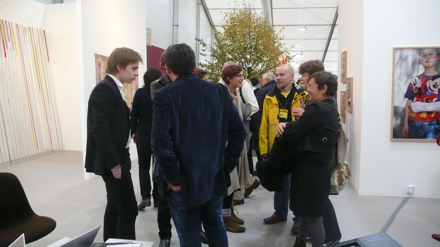 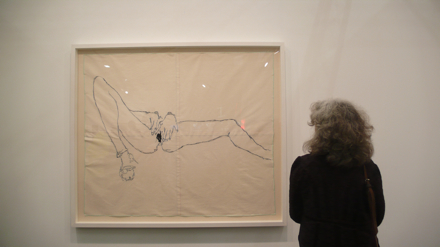 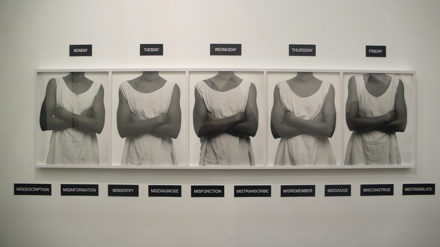 Lorna Simpson, Five Day Forecast, 1991 at Salon 94, which was purchased for the Tate collection. 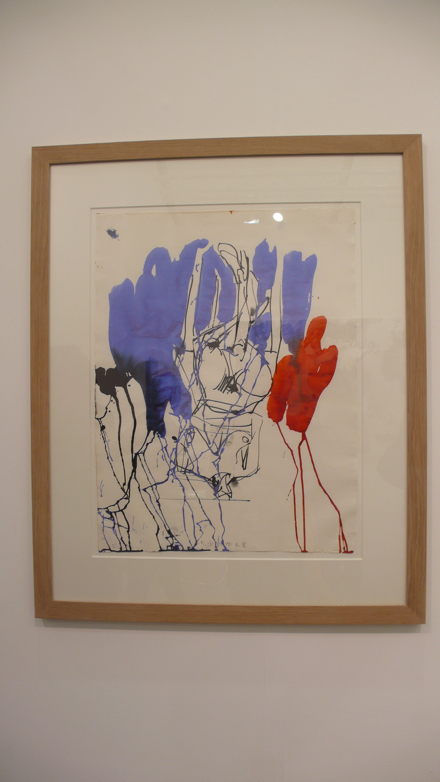 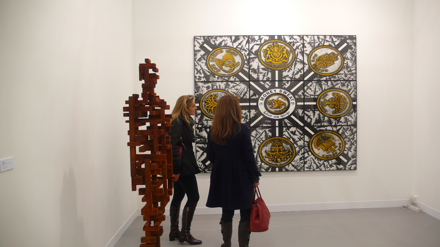 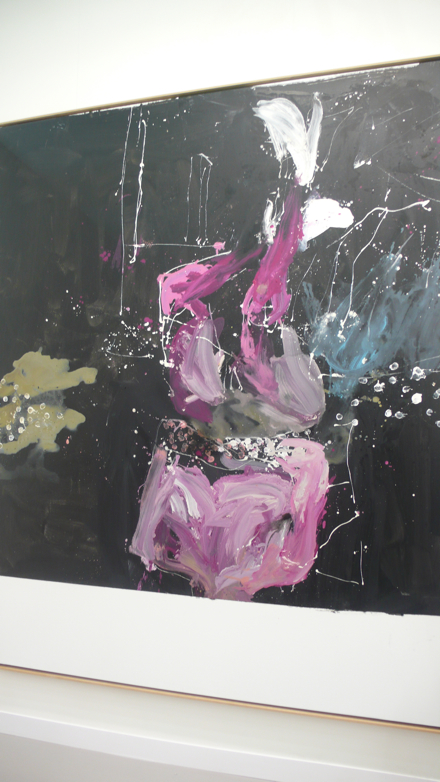 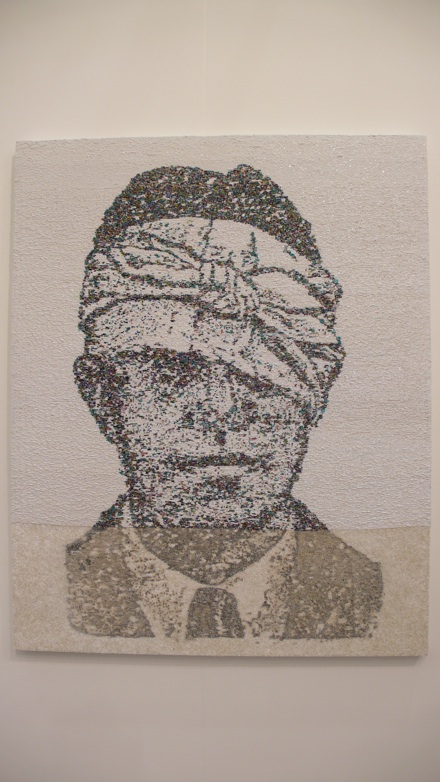 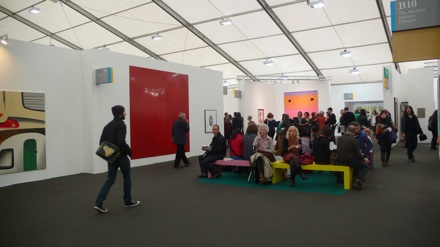 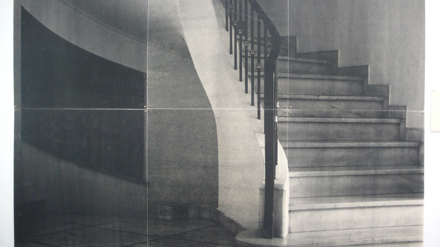 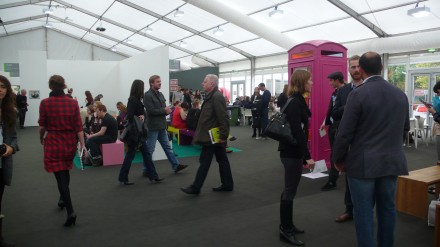 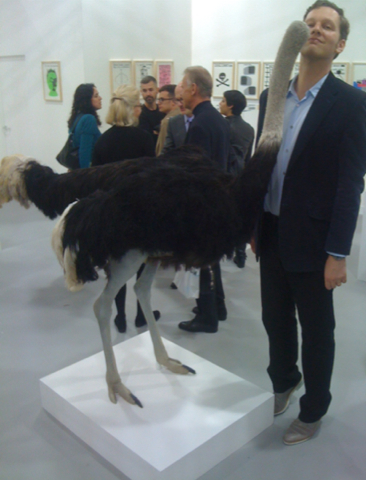 David Shrigley next to his work, Ostrich, 2009, Photo via the_andy_show 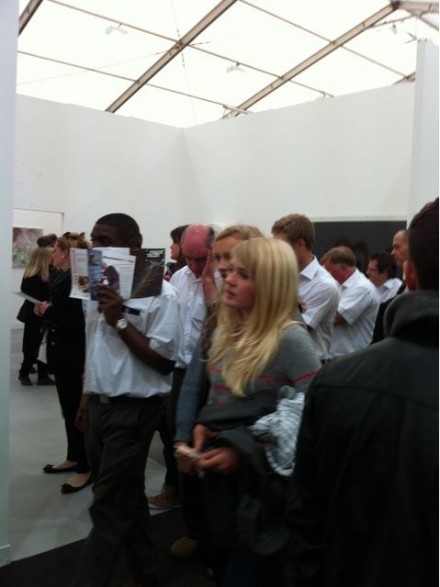 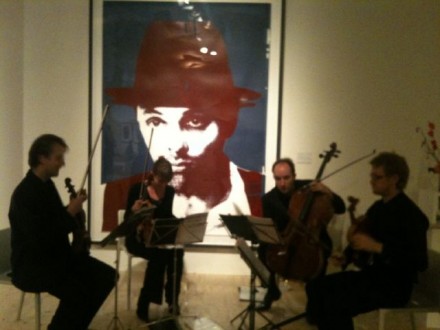 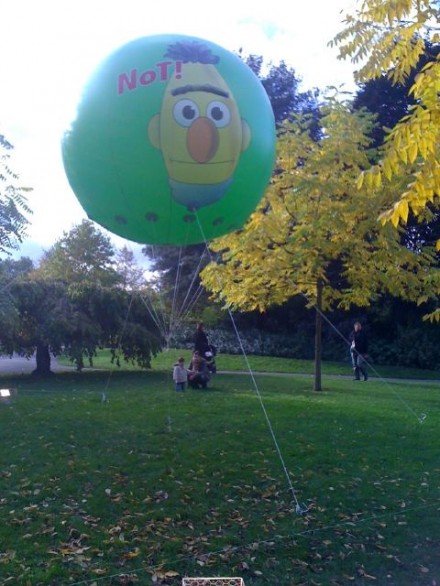 Slavs and Tatars, A Monobrow Manifesto, 2010, photo via artnetdotcom 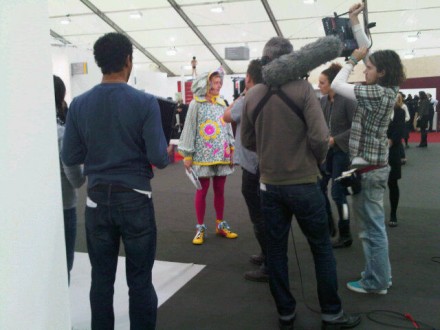 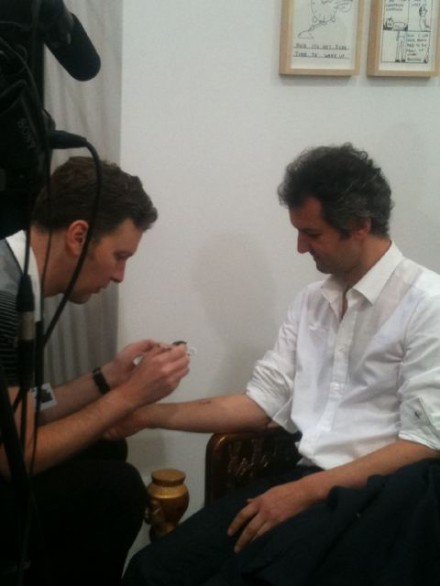 This entry was posted on Monday, October 18th, 2010 at 2:05 am and is filed under AO On Site. You can follow any responses to this entry through the RSS 2.0 feed. You can leave a response, or trackback from your own site.