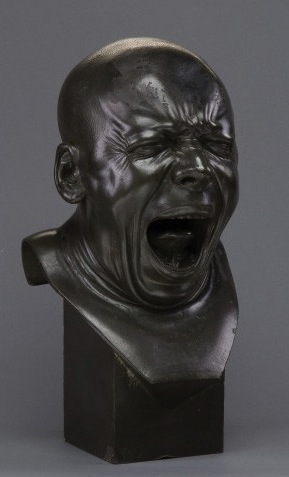 1736-1783: From Neoclassicism to Expressionism focuses on the “character heads” of sculptor Franz Xaver Messerschmidt, curated by Guilhem Scherf at the Neue Galerie until January 10th. One of the most relevant details to interpreting the artist during this later period is the curious fact that Messerschmidt made no differentiation between his earlier neoclassical busts (for which he gained initial acclaim) and the so-called character heads.  The latter began after Messerschmidt started to suffer from hallucinations and paranoia, featuring stripped-down, realistic renderings of a myriad of extreme facial expressions.  The artist arrived at such expressions by contorting his face in a mirror—yet it should be noted that though they bear his likeness, the resultant busts are not considered self-portraits. 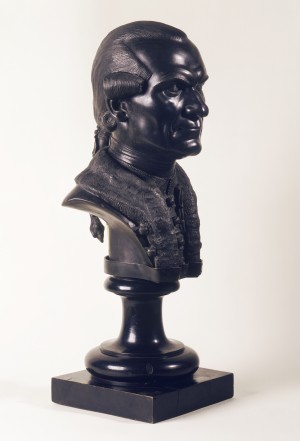 Upon his return in 1765 from studying in Rome , Messerschmidt began stripping away the Baroque flourishes typical of portrait busts at the time, achieving an “unidealized” effect that imparted a timelessness to his work.  The Neoclassic style in which he began to work was made for, and accepted by, the Academy.  Several of these busts are also on view at the Neue, and in them one can see a foreshadowing of Messerschmidt’s future stylistic shift.  In the furrowed brow of a portrait of Martin Georg Kovavich, for instance, lies a lighter-handed version of the extreme expressions to come. 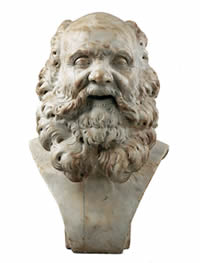 Between 1770 and 1772, Messerschmidt started suffering from a mental breakdown.  From Neoclassicism to Expressionism presents a subtle transition of this period.  As an example, Bearded Old Man portrays a toothless septuagenarian made during the artist’s transformation years.  While the bust’s expression may be neutral, the lurid toothlessness is true, in a preemptive way, to the artist’s evolving—some may say devolving—style.  As one walks from room to room of the exhibition, Messerschmidt’s century-early anticipation of the development of the Expressionist movement becomes clearer. 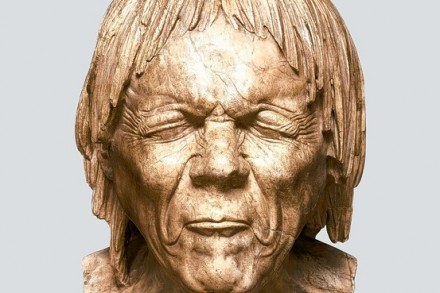 The artist lost his position at the university in 1774.  Having fallen from grace and already at work on his new, contorted heads, Messerschmidt moved to Pressburg, leaving behind Vienna, the Academy, and any semblance of Neoclassicism.  Here he produced busts portraying weeping, yawning, and laughing.  Neck folds and pursed lips abound.  Messerschmidt left all the works untitled, thus focusing “on the subjectivity of human experience,” according to Scherf, the curator.  Indeed, the best example of such subjectivity is unintentional—the busts’ facetious names, such as Just Rescued From Drowning and Variation of ‘Strong Odor‘ were assigned posthumously by an unknown curator, who intended to show the heads with levity. 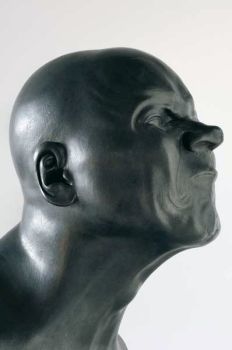 Messerschmidt’s creation process, however, was likely devoid of such humor, as he was operating under the delusion that evil spirits were after him.  He believed, for instance, that his character heads had angered the so-called Spirit of Proportion.  It was later discovered that the artist suffered from severe digestive problems, most likely Crohn’s disease, that went undiagnosed until he died at age 47.  Thus the twisted, extreme heads themselves, in conjunction with an awareness of Messerschmidt’s own difficult experience, leads a contemporary viewer to pass over the works’ facetious titles to see expressions of a darker nature.

This entry was posted on Wednesday, December 22nd, 2010 at 1:01 am and is filed under Go See. You can follow any responses to this entry through the RSS 2.0 feed. You can leave a response, or trackback from your own site.