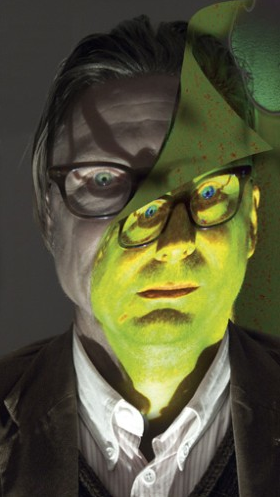 Known for his ‘unrepentent ego,’ Lucas Samaras departs from his usual narcissism in Poses / Born Actors at the Pace Gallery until December 24th. Taking digital photographs of art world luminaries—from artists like Jasper Johns to big-name curators and collectors—Samaras reworks them with Photoshop. The artist aims for drama, using the software not to improve the images, but rather highlight rawness and emotion via shadows and color. Lighting the photo from below, and asking his subjects to wear glasses, Samaras creates mysterious, often demonic renderings of friends and peers. Unsure of the reactions of both the viewers and the photos’ subjects, small bottles of vodka were included with subjects’ invitations—for pre-show consumption. 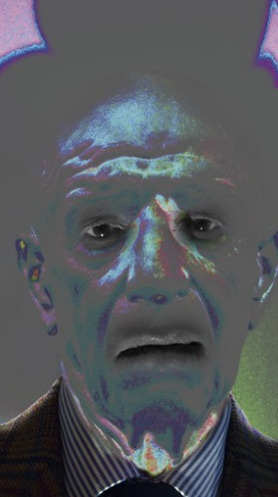 Samaras feels a sort of familial tie to Photoshop, according to an interview with Art Info, as he was doing similar work decades prior, squeezing and distorting the layers of chemicals in Polaroid pictures. Always preferring a small apartment as a live-in studio, the artist would take photos of himself with colorful lighting and various fabric backgrounds before manipulating the film. Now Photoshop can do much of the work. 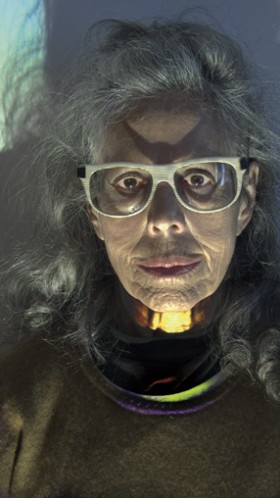 Leaving the actual features of his subjects alone, Samaras plays with the body as object, something to be used and altered in various ways, without harm. Highlighting the vulnerability—as well as awkwardness—of the raw body, Samaras has had various series of photographs and performances with him and/or his subject stripped naked. In the case of Poses / Born Actors, a similar discomfort of exposure is present, yet the title questions the subject’s most true self, suggesting a permanent mask. 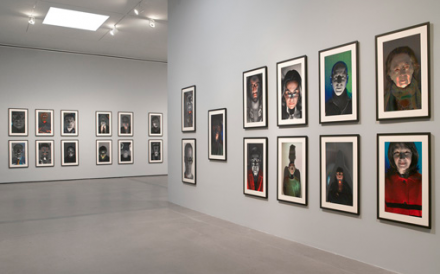 The 118 works at Poses / Born Actors are priced at $16,000 each; such 5-figure prices are usual for Samaras, represented by Pace Gallery since 1965 and the Greek representative in the 2009 Venice Biennale. 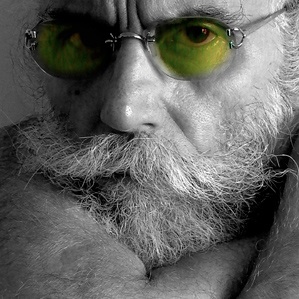 Samaras immigrated with his family from Greece to the United States early in life and later attended Rutgers on scholarship. Working there closely with artists such as Allan Kaprow and Claes Oldenburg, Samaras has been on the cutting edge of contemporary art since his first attempts.

This entry was posted on Wednesday, December 22nd, 2010 at 10:32 pm and is filed under Go See. You can follow any responses to this entry through the RSS 2.0 feed. You can leave a response, or trackback from your own site.