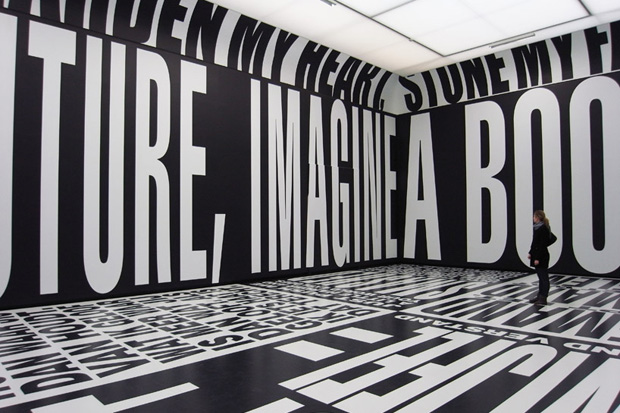 Closed since 2003, the Stedelijk Museum in Amsterdam has partially reopened with an innovative program of exhibitions, lectures, performances and workshops titled The Temporary Stedelijk. Taking Place is a group show highlighting the museum’s permanent collection, showcasing exciting recent acquisitions and also featuring new site specific work, such as Barbara Kruger‘s Past / Present / Future (2010). Ann Goldstein, recently named director of the Stedelijk and former senior curator of the Museum of Contemporary Art in Los Angeles, organized the program after complications prevented the Stedelijk from re-opening as planned in Fall 2010. 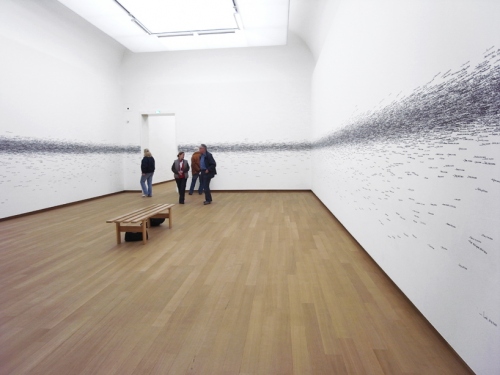 more story and images after the jump …

Taking Place invites viewers to experience the architectural beauty of the Stedelijk with access to strategically placed empty gallery spaces. As renovation work continues, Taking Place is inspired by this transitional moment in the history of the museum.  The exhibition ruminates on how artists occupy museum space and how museums garner cultural meaning themselves, with whole galleries alternately empty or completely taken over by single artists. It is an utterly unique moment to experience the Stedelijk, originally opened in 1895 and one out of three of Amsterdam’s major museums, along with the Van Gogh and the Rijksmuseum. In addition to Barbara Kruger’s installation, the artist Roman Ondak has filled a gallery with a piece titled Measuring the Universe (2007), a participatory work in which museum attendants measure the height of visitors and record it onto the gallery walls. 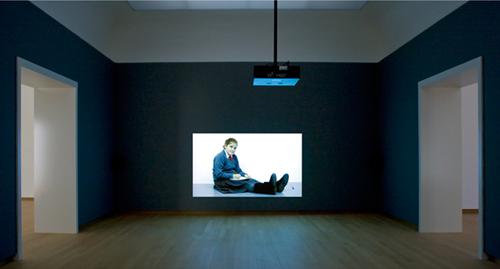 Rineke Dijkstra, I See a Woman Crying (The Weeping Woman) (2009). Via Stedelijk

Reflecting on the Stedelijk’s history, Taking Place puts in conversation seminal pieces from the collection. Its newest large acquisition, Lawrence Weiner‘s SCATTERED MATTER BROUGHT TO A KNOWN DENSITY WITH THE WEIGHT OF THE WORLD / CUSPED (2007) is placed opposite to the iconic 1956 mural by Karel Appel in the former museum restaurant. The former restaurant space will function as a gallery in the renovated museum and the curatorial decision in Taking Place is meant to inaugurate this new era. Additionally, a gallery dedicated to Stedelijk posters from its opening in 1895 recalls the museum’s evolution from a series of period rooms turned exhibition spaces to one of the foremost institutions of contemporary art in the world. The attention to this history highlights the transformation of museums and the role of curators in the Western world over the last century.

This entry was posted on Friday, January 7th, 2011 at 1:25 pm and is filed under Go See. You can follow any responses to this entry through the RSS 2.0 feed. You can leave a response, or trackback from your own site.