ARCOmadrid, Spain’s biggest and oldest art fair, took place this weekend February 16th through the 20th in Madrid, Spain. ARCOmadrid celebrated its 30th Anniversary this year with 197 galleries from 21 countries. This year’s fair was perhaps a smaller and more centralized event than previous years and had a special focus on Russian contemporary art.  Carlos Urroz, the new director of ARCOmadrid, stated in an interview with Vernissage TV, “I think this year people will find a smaller fair, with less galleries and only two pavilions [and] with all of the projects surrounding ARCO trying to focus the attention on the participating galleries and the works exhibited.”  “I think what’s special about ARCO is the relationship between Latin American and European galleries,” Urroz continued. 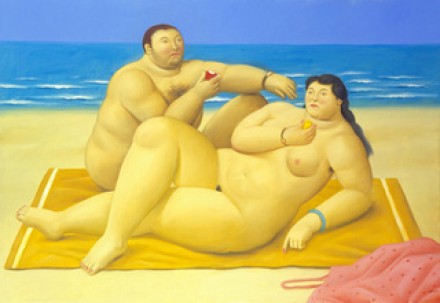 Fernando Botero’s The Beach, (2006) was featured at the booth of Marlborough Gallery, the highest priced painting at the fair at 946,000 euros (3.1 million dollars). Via ArtKnowledgeNews.com

More Text and images after the jump…

Eugenio Merino, Stairway to Heaven at ADN Gallery. Via JoongangDaily.joins.com 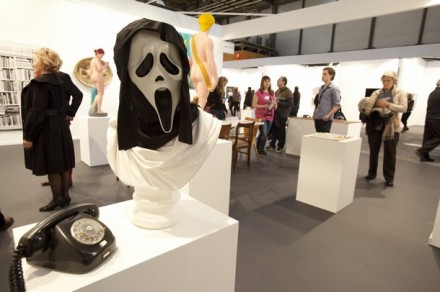 This entry was posted on Monday, February 21st, 2011 at 6:32 pm and is filed under Art News. You can follow any responses to this entry through the RSS 2.0 feed. You can leave a response, or trackback from your own site.