Currently on view at the Gagosian Gallery in Beverly Hills is a series of ten paintings by Ed Ruscha in an exhibition titled Psycho Spaghetti Westerns. The show opened with a star-studded evening gala on February 24th and is up through April 9, 2011. The ten large paintings each have a ground, most often natural and diagonally sloping across the canvas, on which realistically painted detritus is resting. In an interview with the Los Angeles Times, Ruscha explains that the title has little to do with “Spaghetti Western” films and more to do with the meaning of the three words themselves: “‘Spaghetti Westerns’ says it all: tangled up messes like spaghetti, and we’re living out here in the West, and we’re all psycho.” 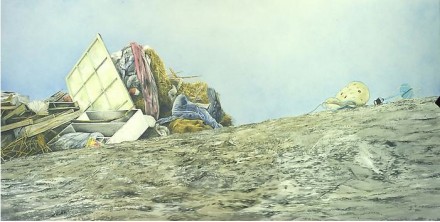 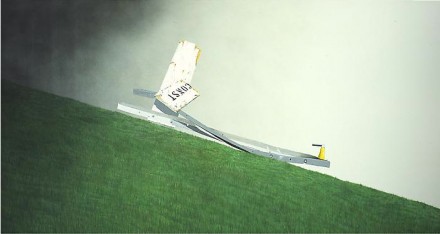 Words are noticeably absent in this series, except when they appear as brand names on a crumpled Bud Light box or a discarded mattress. The gallery describes the works as a “surreal extension” of the Course of Empire series that Ruscha produced for the 2005 Venice Biennial. That series was inspired by five paintings by Hudson River School painter Thomas Cole which depict the same landscape over time as it is transformed from pristine natural environment to  bustling metropolis and finally to desolate ruins. The current series of paintings engages those same themes of waste and the passage of time—Ruscha actually found and took in many of the objects in the paintings while driving on the highway in California. 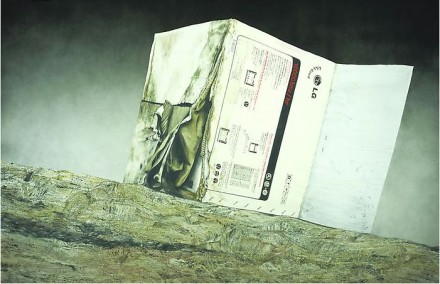 Together, the ten paintings at first seem to compose something akin to a 21st century vanitas. In place of skulls and dead flowers the Psycho Spaghetti Westerns have abandoned doors and trash heaps that encourage reflection on death—not so much of ourselves, though that is there too, but of objects in our consumer society. Ultimately, though, the paintings eschew morbidity and socio-political concerns about waste and instead envision a happy ending for these discarded items. In Ruscha’s world, garbage is resurrected as art.

Set Aside: Total Small Business Place of Performance/Delivery: USAR Contracting Center – South (Jackson) 4340 Magruder Avenue, 1st Floor, Fort Jackson SC 29207, US For more information visit: https://www.fbo.gov/notices/1bfc13e571092dab65c68fe7ea92e44d For any query with respect to this article or any other content requirement, please contact Editor at htsyndication@hindustantimes.com Point of Contact: Octavio B. Palmero, 803-751-2693

This entry was posted on Wednesday, March 9th, 2011 at 11:13 am and is filed under Go See. You can follow any responses to this entry through the RSS 2.0 feed. You can leave a response, or trackback from your own site.