Nan Goldin, Amanda in the Mirror (1992). Via Matthew Marks Gallery

The Berlinische Galerie is showing a relatively unseen set of photographs by Nan Goldin. The show consists of around 100 color photographs that reveal an intimate portrayal of Goldin’s time spent in Berlin between 1984 and 2009. This acclaimed American photographer rose to popularity in the 1980’s as a leading figure in the movement of subjective photography. Goldin professed that photography was a stand in for memory, she unabashedly photographing drag queens, drug addicts, and night time lurkers that made up her circle of friends. Goldin created a voyeuristic world that held her firmly in the place as a cult icon to generations of photographers. 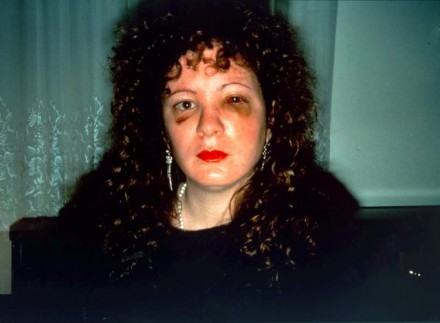 Nan Goldin, Nan One Month After Being Battered (1984). Via Matthew Marks Gallery

Leaving a suburb in Washington, D.C. at the young age of 14, Goldin spent most of her life searching for a place to call home. Her photographic interests stemmed from her residence at a bar called “The Other Side” where her closest kin were eclectic rejections of society. Photography became the event that held the subjectivity of their lives together, and in 1978, Goldin left Boston for New York to study full time. After graduation, Goldin quickly became a rising star in contemporary photography with a solo show fueled by emotion, violence, and sex, titled “The Ballad of Sexual Dependency.” 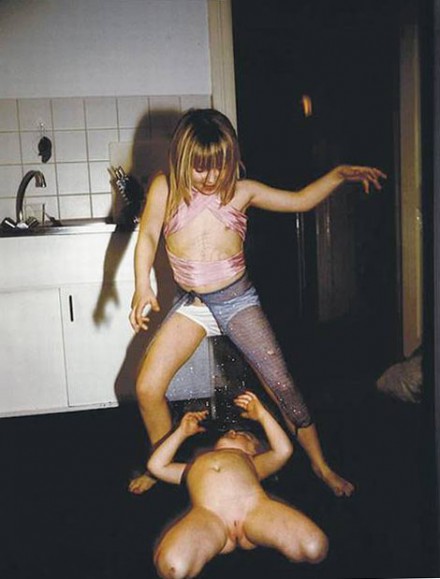 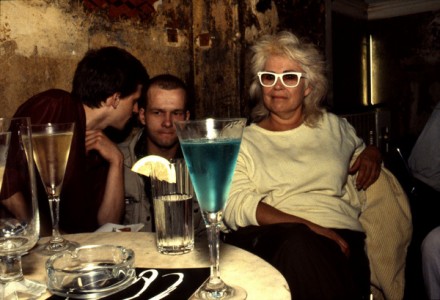 The documentary “I’ll be your Mirror” is found at the end of the show. It’s an emotionally debilitating documentary of the fleeting friends that loved, danced, cried, fought and died amidst the facade of New York’s lower east side.  Scruples aside, Goldin addresses her own harrowing life as an addict with an abusive boyfriend as well as dealing with whole communities being wiped clean by AIDS. 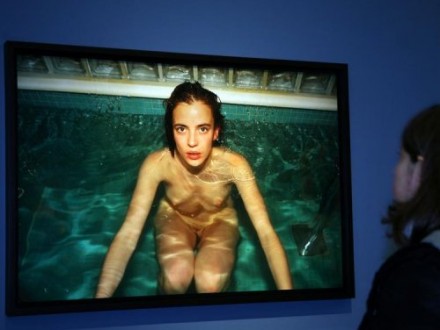 The most striking arrangement is the montage of her dear friend Alf Bold. A decade of photography shows the slow denigration of jubilant smiling boy into an old withered AIDS statistic; and finally his gravestone shows the sheer power of Goldin’s photographic prowess. Her return to the subjectivity brings a certain amount of visual history only available to the portrait and the landscape they reside in.

This entry was posted on Thursday, March 10th, 2011 at 12:15 am and is filed under Go See. You can follow any responses to this entry through the RSS 2.0 feed. You can leave a response, or trackback from your own site.