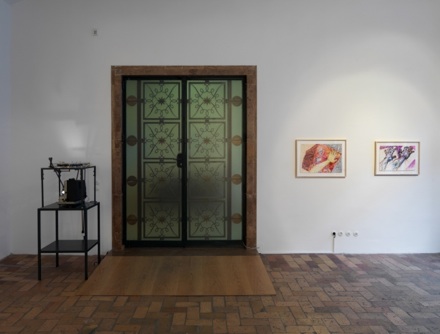 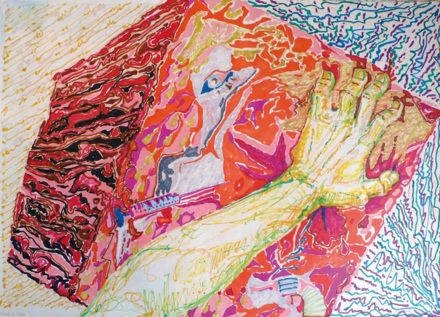 “Secondary Evidence of Things Unseen” focuses on work that questions the relationship between the artist, viewer and the pieces themselves.  A series of drawings conducted in marker by Paul Sharits, a noted Structural film artist in the seventies, depicts subjective views of the artist’s hands along with his 1968 film T:O:U:C:H:I:N:G. Ryan Sullivan, born in 1983 and based in New York, shows a series of non-representational paintings made with thickly layered materials that pierce through each other in cracks that show an exploration of process. Canadian Neil Campbell’s works continue his usual practice of multiple large-scale paintings done directly onto architectural elements and Jeffrey Wells shows video projections which, according to the press release, “focus our gaze on the process of looking itself.” 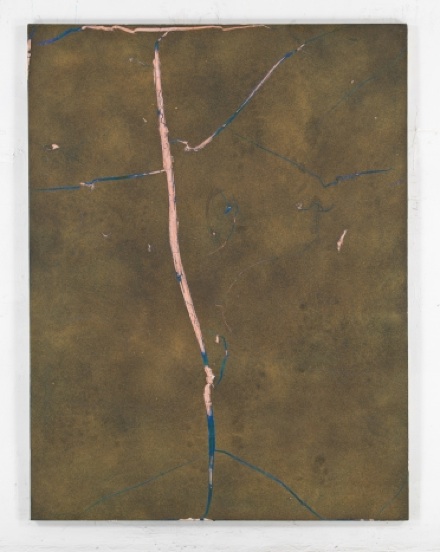 The four artists vary by generation and by how well-known they have been during their careers, but there are significant common threads in their work that are emphasized here. The pieces selected for the show share an exploration of ideas of abstraction and subjectivity, and that none strictly comply to traditional theoretic models of each. Each artist is working with ideas that take common artistic practice into consideration, while carefully breaking specific rules in order to engage these practices in dialogue. 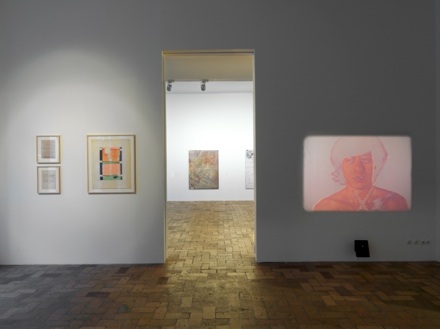 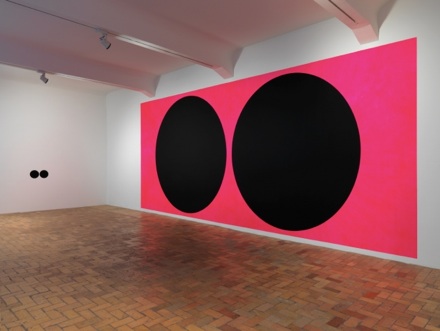 Installation view of work by Neil Campbell at “Secondary Evidence of Things Unseen,” via VeneKlasen Werner

The show was curated by Clarissa Dalrymple, who was called by Art in America “the best unsung hero the art world has” and is known for having worked with some of the contemporary art market’s greatest stars early on, including Matthew Barney and Damien Hirst. She is the former co-owner of the Cable Gallery, and has curated shows at Stein/Gladstone, Marc Selwyn and Nicole Klagsbrun. “Secondary Evidence of Things Unseen” will be open until April 20th, 2011.

This entry was posted on Wednesday, April 13th, 2011 at 11:43 am and is filed under Art News. You can follow any responses to this entry through the RSS 2.0 feed. You can leave a response, or trackback from your own site.