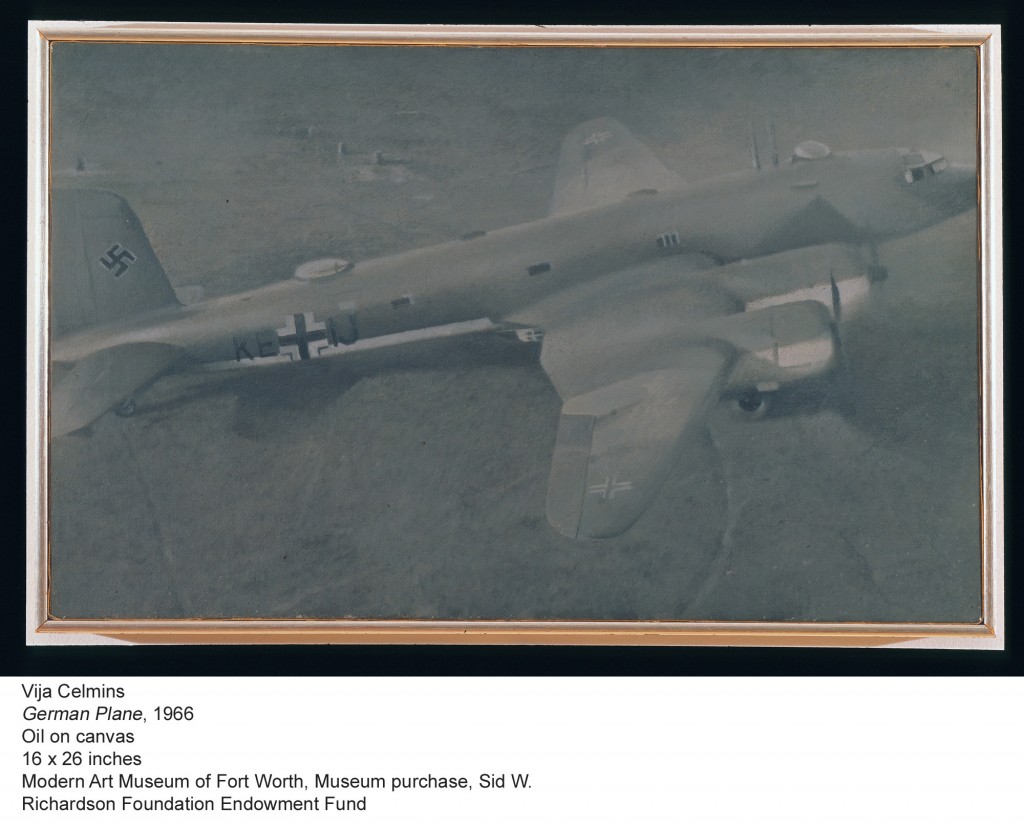 Vja Celmin’s show at LACMA discusses a part of her life that often goes overlooked-  her time as an young artist. For over three years, Celmins lived in a small studio in Venice Beach, California and though she is known for fairly serene subject matter, Celmins’ installation within LACMA showcases her preoccupation with more violent topics during this period in her life. These paintings emphasize  crashing war planes,  handguns and images of death and destruction.  Though the images are violent in nature,  they are tinged with Celmin’s own personal history and attention to the medium. 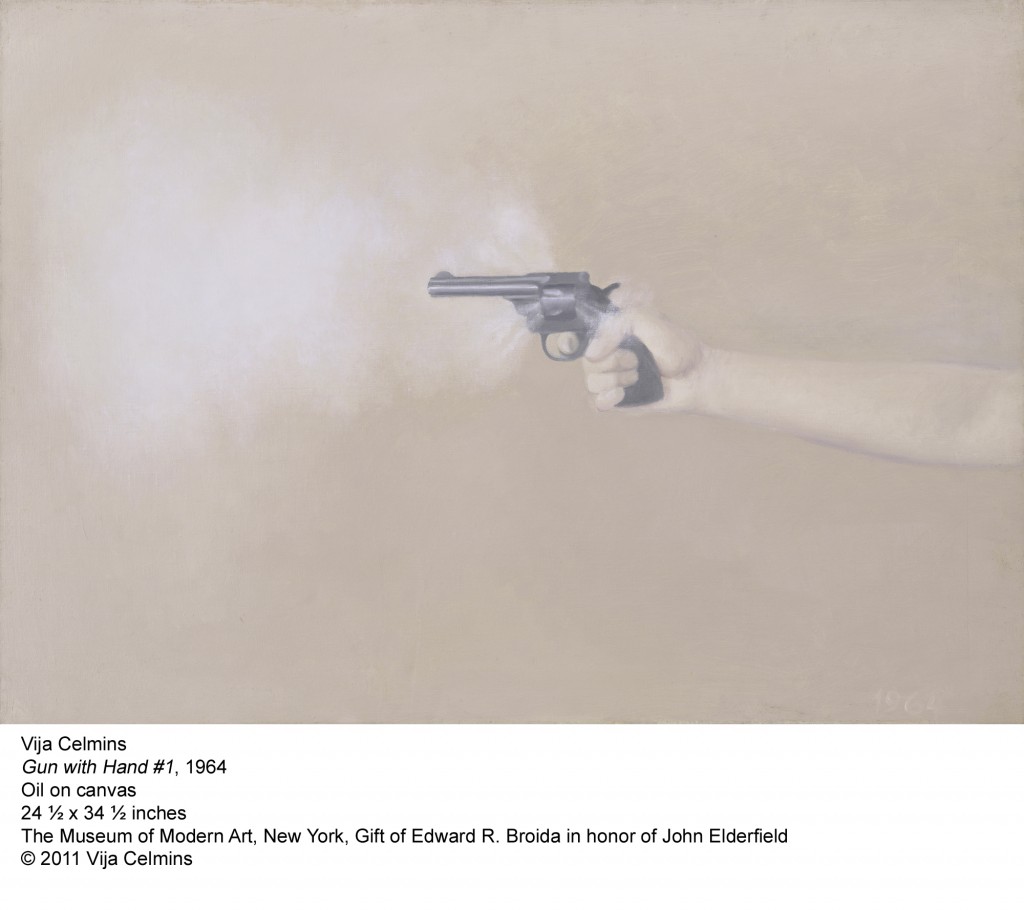 A Latvian native, Celmins was born in 1938. Faced with an impending Soviet invasion,  her family soon fled from Latvia for Germany.  In 1946,  Celmins’ family was uprooted again, this time to Indianapolis, Indiana. From there, she moved to Los Angeles and then to New York. This constant movement seems to be reflected in her work in that her relationships to objects and history tend to grow and change.  Her attention to the objects of past- objects that threaten and destroy- is an interesting part of Celmins’ life that seems to be reclusive and personal. 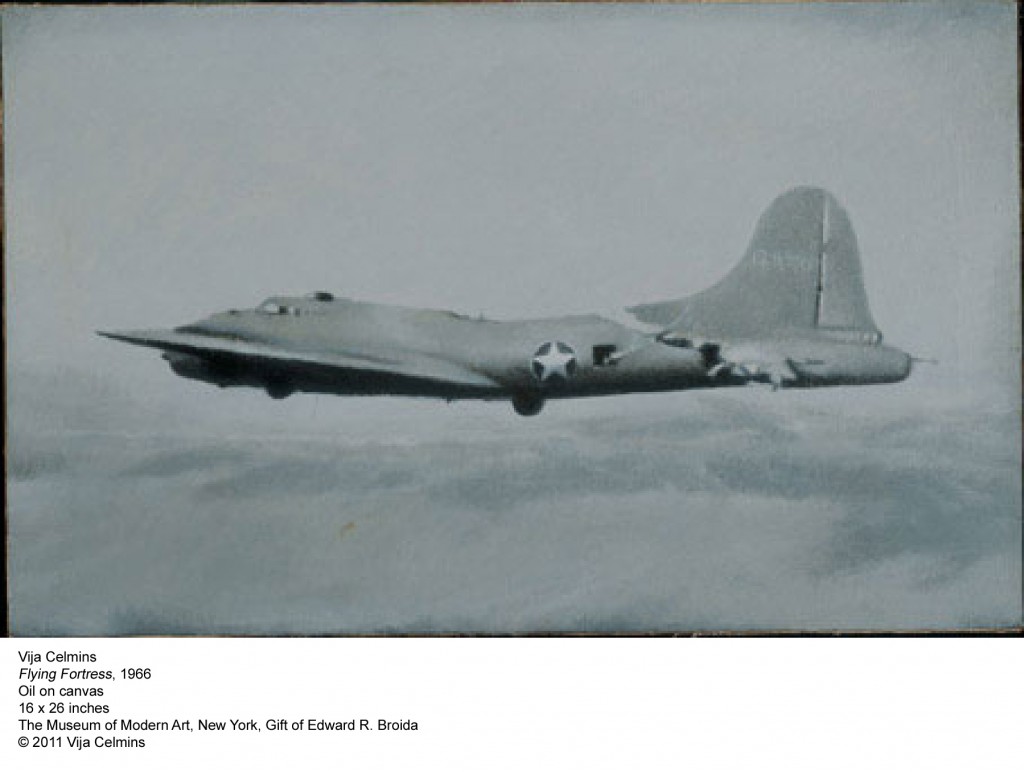 Celmins glorifies the art object and uses a muted planes to punctuate its uniqueness.  These pieces have a childlike aura and wonder to them. Celmins has a delicacy in her dealings with these objects,  and portrays a definitive history that reflects her own.  Celmin’s experience shines through in the work, and though it holds strong significance and allusions to toys, memory and history, there is a levity to the show that makes the attached themes uplifting, even optimistic. 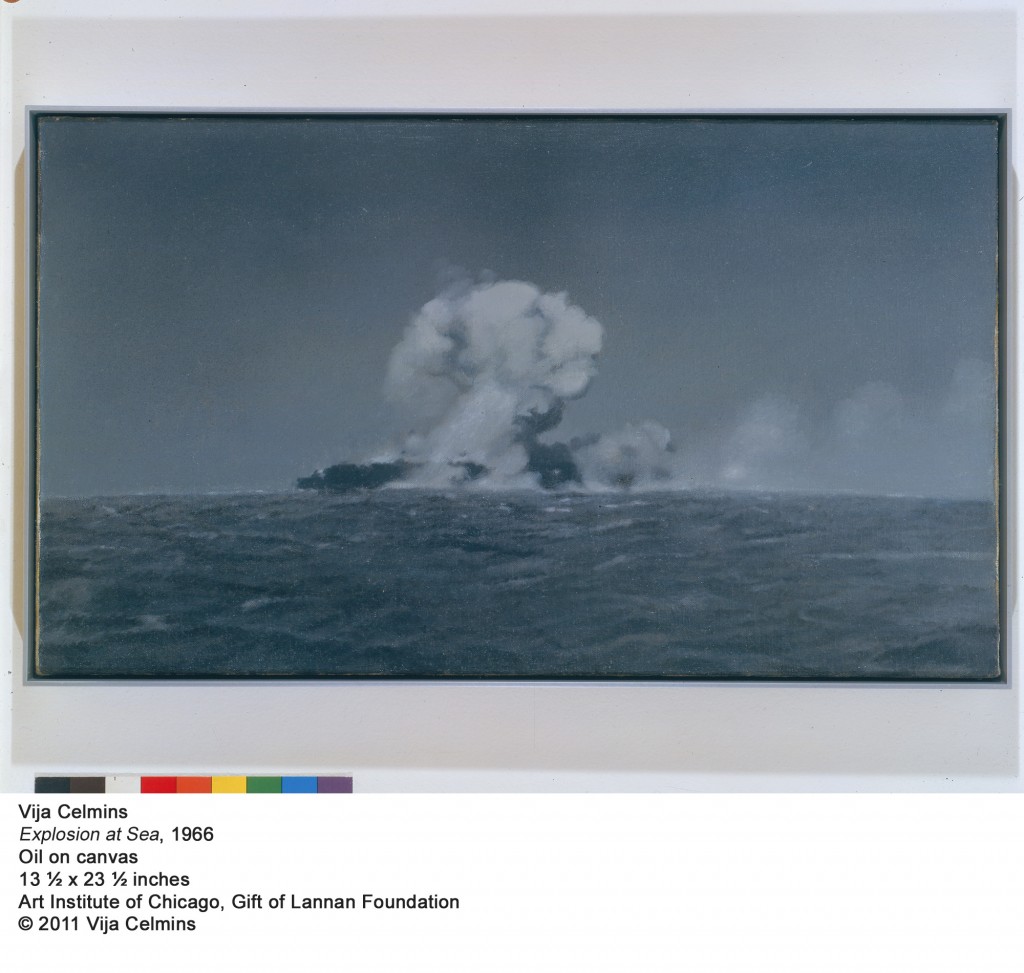 The work has, as Celmins notes, a European sensibility about it.  It shies away from pop and heavy packaging and glorifies the imperfections of craftsmanship, as well as the mutability of color.  These imperfections and deliberate acts of simplicity and sophistication mark the paintings with personality and Celmins’ ability to add her own touches and influences without getting heavy handed. 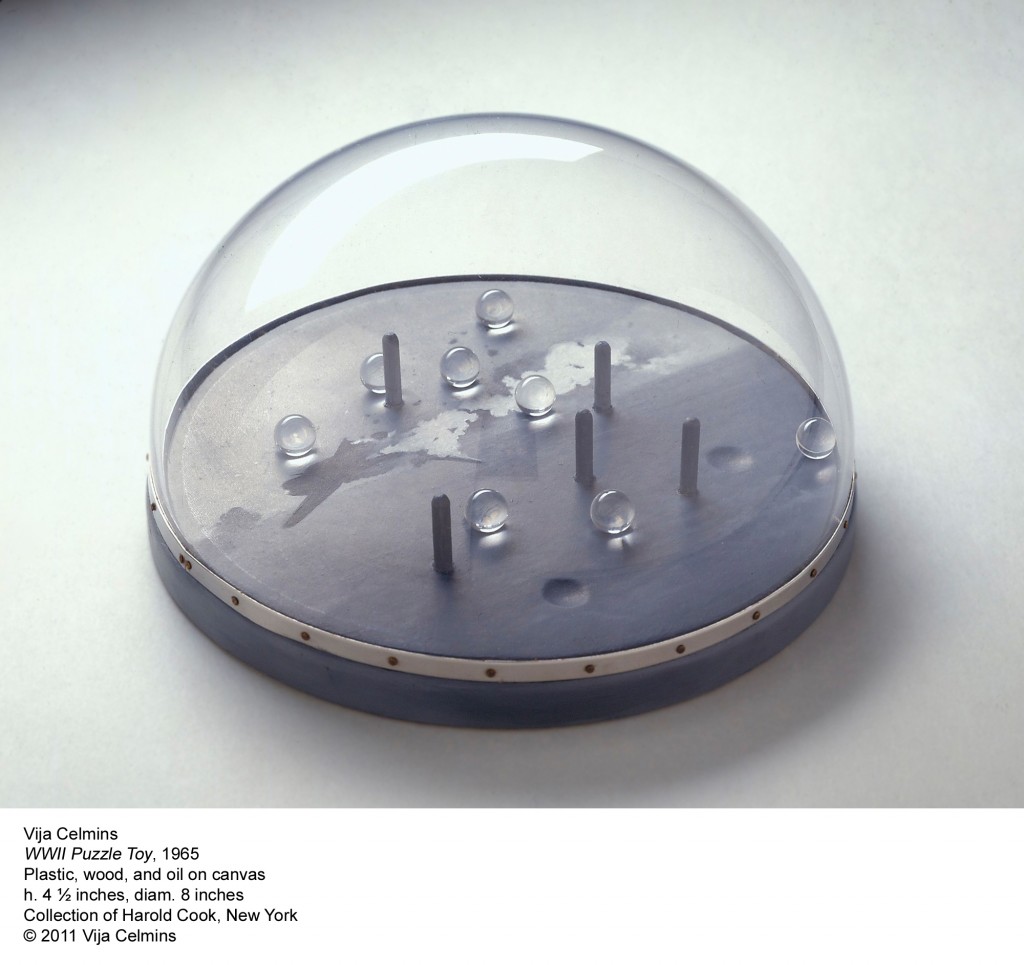 
This entry was posted on Thursday, April 7th, 2011 at 9:52 am and is filed under Go See. You can follow any responses to this entry through the RSS 2.0 feed. You can leave a response, or trackback from your own site.