David Chipperfield’s Turner Contemporary was opened today in Margate by artist Tracey Emin and muscian Jools Holland on the site where J.M.W. Turner (1775- 1881) often visited. Emin grew up in Margate and the grandmother of Holland lived in the Kent town.  It was here on the spot of the new museum that Turner was enraptured by the skies which he called “the loveliest in all of Europe.”  The stunning light and landscape of the coast of Kent stimulated his imagination and inspired his painting. The dynamic new visual arts venue thus takes heed from Turner’s artistic spirit of curiosity and discovery. The opening exhibit, Revealed displays the work of six contemporary artists, four of which have made new work specifically for the exhibition. Like Turner, they create their art while employing the same spirit of exploration and intrigue into the natural world around them.

Designed by David Chipperfield  in the shape of a large glass-like shed, the new contemporary art gallery located in Margate took more than 20 years to complete and cost £17.5m. The galleries look out to the sea while the entrance faces out towards the town forging a direct relationship with the city of Margate. Such a layout hopes to encourage a greater local arts community in an area lacking in a fervent arts scene. 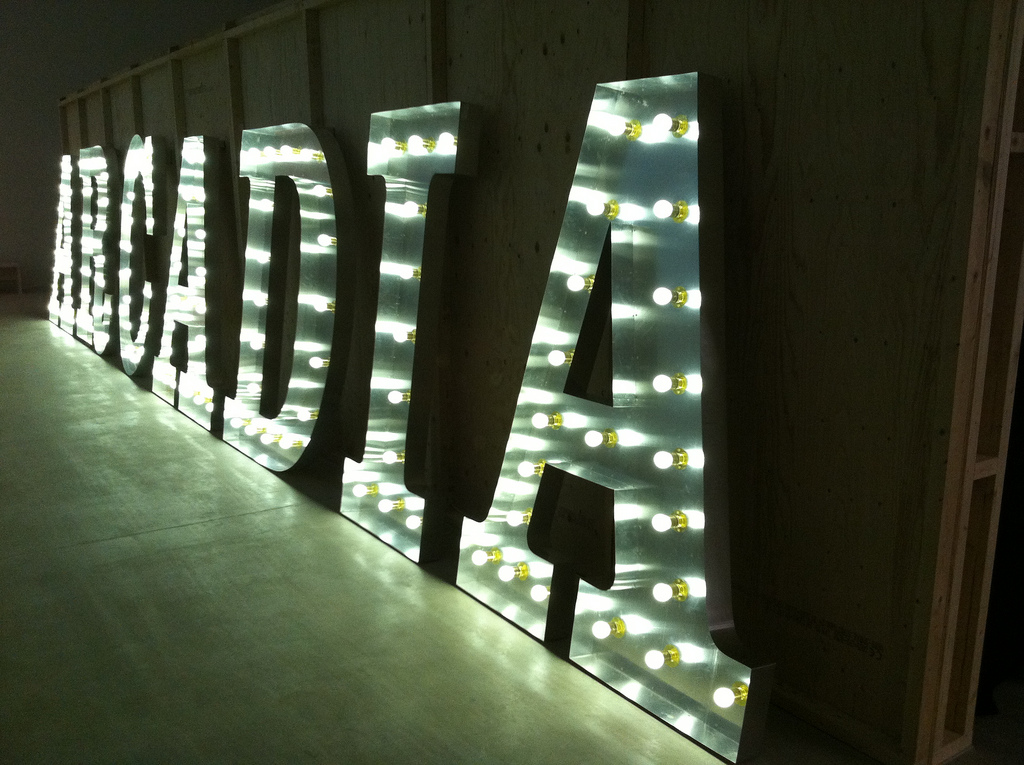 Arcadia, a newly-commissioned work by Ellen Harvey, recreates a life-size replica of the gallery JMW Turner created to house his work. Viewers enter the gallery and witness images of Margate instead of the paintings Turner had displayed during the time of his death. 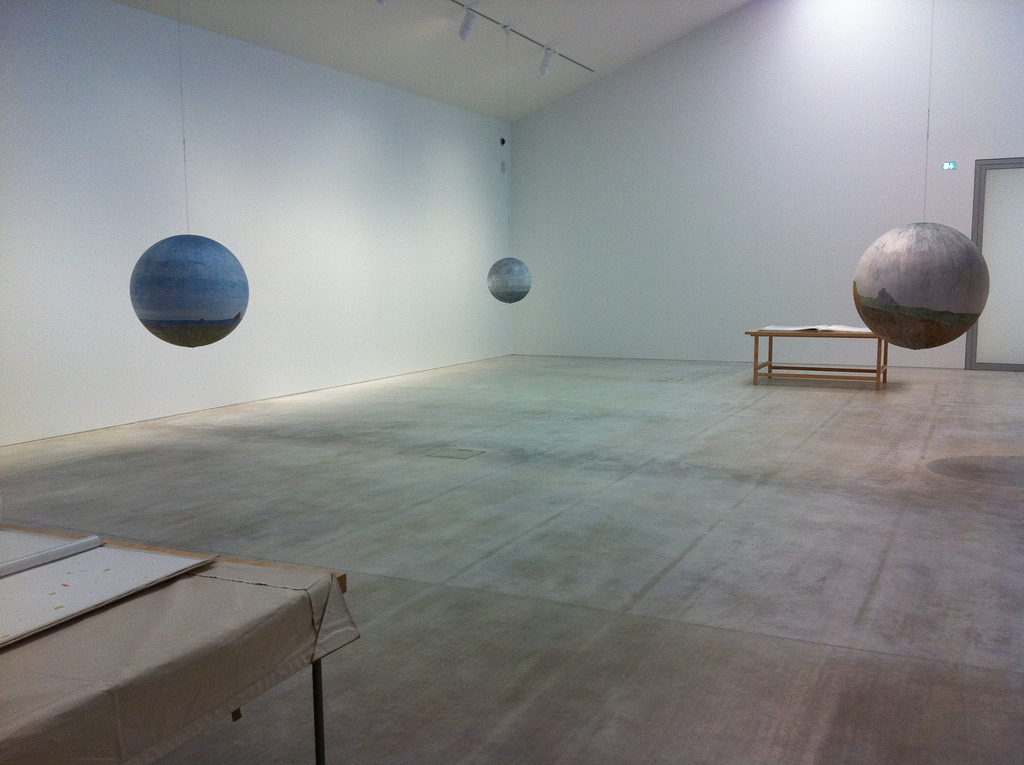 Russell Crotty’s installation reveals a series of suspended globes and small books which are covered with depictions of landscapes and seascapes as well as astronomical maps. Crotty draws his inspiration from his experiences as an amateur astronomer and lover of nature. 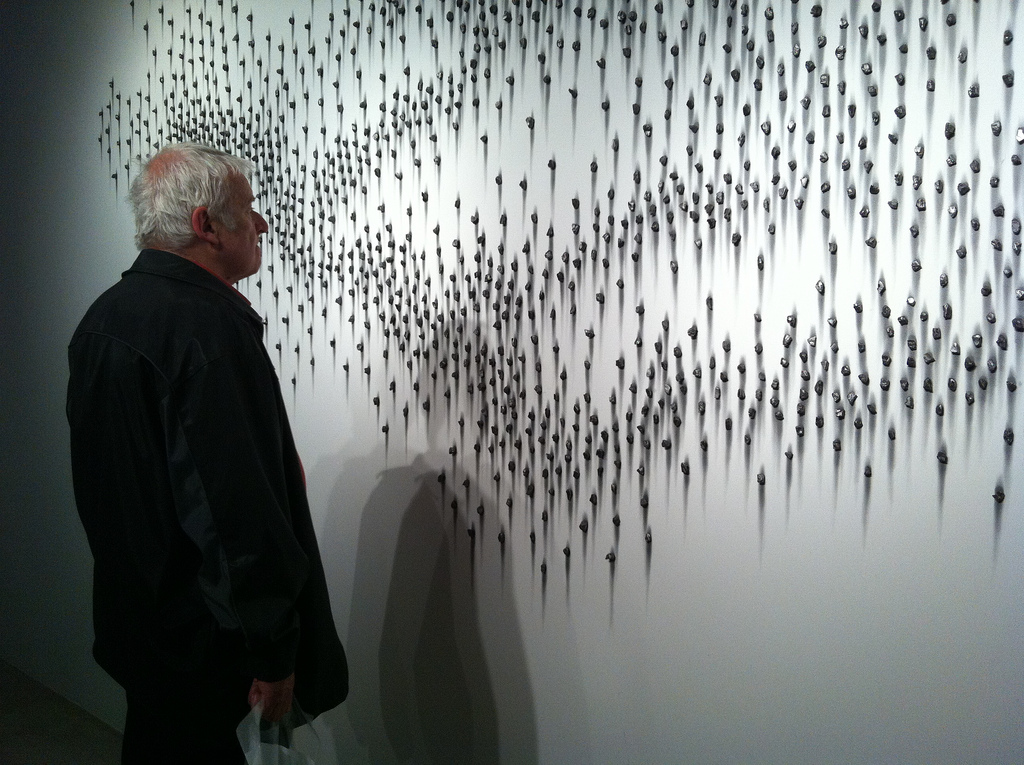 Teresita Fernandez has two works in the exhibiton: Sfumato (September 18) (2009), which incporates pieces of graphite and drawing on the wall to then portray a cloud of rising smoke and a floor piece entitled Eruption (2005) that represents a view from above of the opening of a volcano. 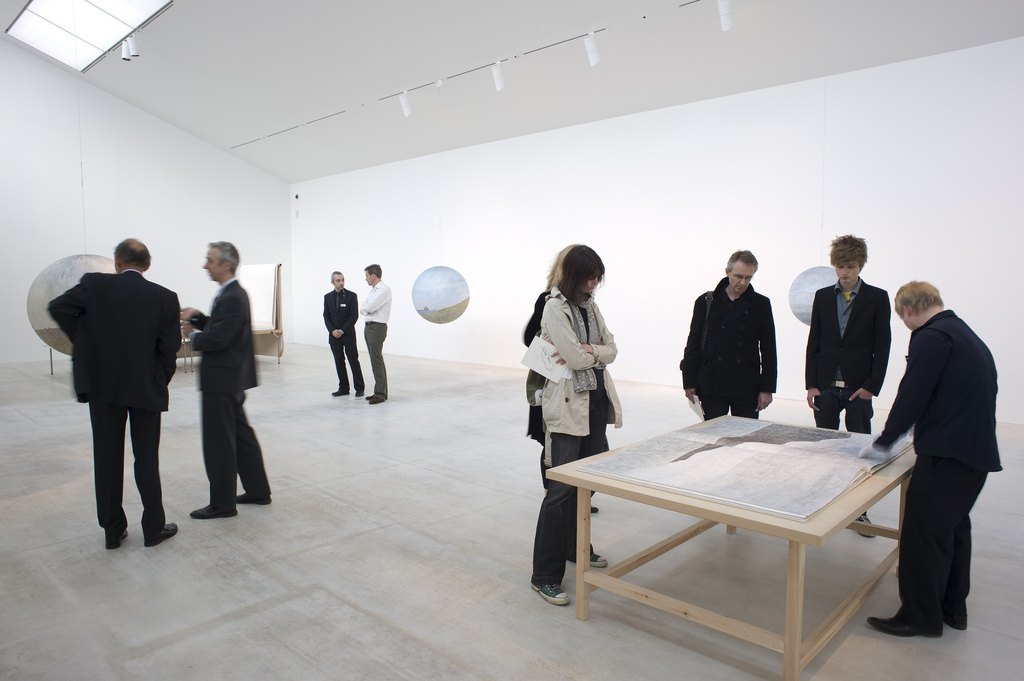 Afterturner by Douglas Gordon is also displayed. The work carries a poetic text piece which recalls Turner’s final words: “The sun is God.” This text is found on the gallery’s main stairs. 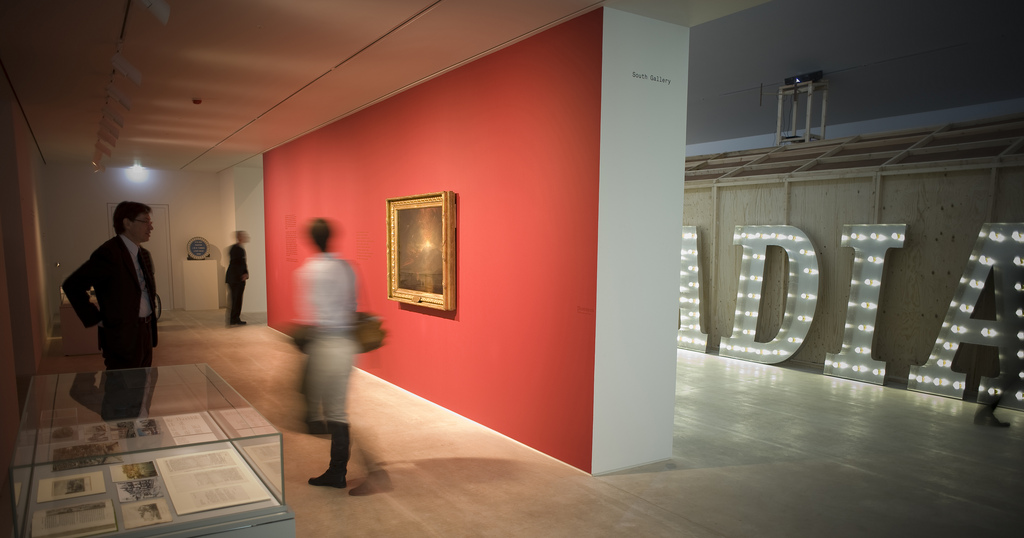 Following the footsteps of Turner over a century later, these artists works move between what we can see and perceive and that which goes beyond to the sublime and the fantastical.

This entry was posted on Saturday, April 16th, 2011 at 11:59 pm and is filed under Go See. You can follow any responses to this entry through the RSS 2.0 feed. You can leave a response, or trackback from your own site.