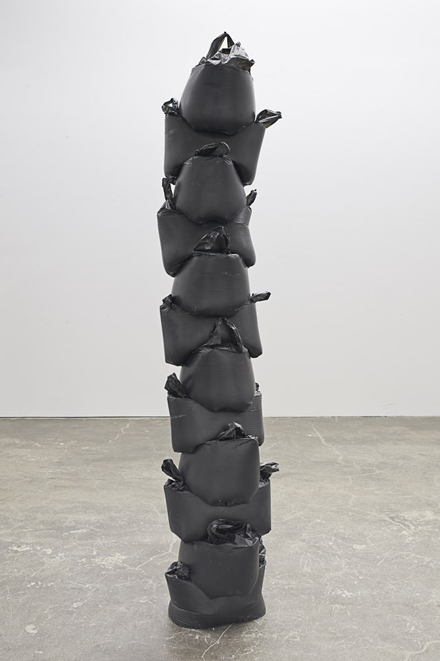 Currently on view at Maccarone New York is Hanna Liden‘s “Out of My Mind, Back in 5 Minutes.” The installation includes three photographs and several sculptures made from plastic shopping bags, t-shirts, and garbage bags. These items are stacked and filled with poured plaster or covered with latex, rendering them heavy and useless.

Loaded with references to memento mori and tribal customs, this process-based work transforms markers of the ephemerality and mundaneness of city life. It offers what the exhibition’s press release calls “a meditation on urbanity […] The result is a gallery space turned reliquary, containing the ghosts of an urban tribe now obsolete.” 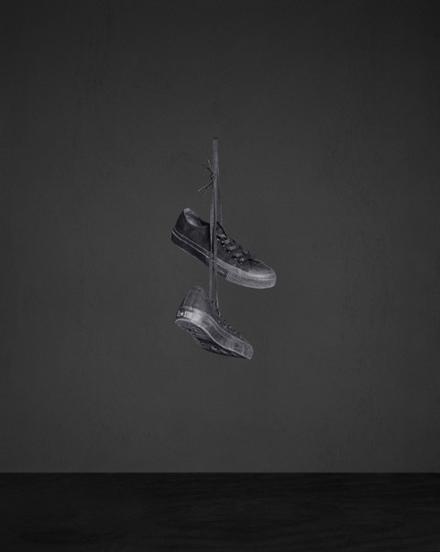 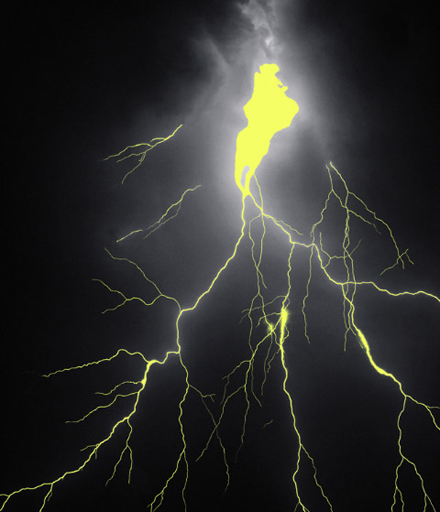 Although this exhibition is composed mostly of sculptural work, Liden is better known for her photographs. The three presented in the show represent a marked departure from her usual depictions of “an idea of the fake, sublime Scandinavian landscape,” as she described them in an interview with V Magazine, where barren landscapes are populated with “postapocalyptic survivors dwelling in the artificial geography.”

The photographs in “Out of My Mind, Back in 5 Minutes” are notably more minimal and graphic, but no less poetic. In one, a rock and pair of sneakers hang suspended against a muted gray background, while another depicts a sharp yellow bolt of lightning, a token of momento mori, a symbolic device developed in 17th century Dutch painting which functions as a reminder of the fragility of human life in the face of sublime nature.

Another reference to memento mori can be found in a hill of skulls placed in a corner, which, according to the artist’s statement, signify “excavated remains of the city sidewalk’s purposeful, durable material.” Liden’s sculptural practice grew out of her use of props for her photographs, the three-dimensional objects becoming interesting as subjects themselves. 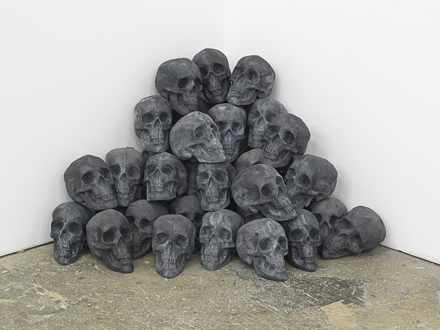 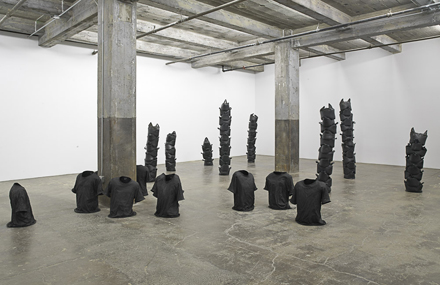 Earlier this year, Liden teamed up with artist and long-time friend Nate Lowman for “Come As You Are Again,” an exhibition at Salon 94. The artists’ grim dialogue centered on kitschy objects made morose through repetition: tombstones, melting candles, a pile of fake fangs, the ubiquitous smiley-faced plastic shopping bag wrapped around Liden’s head. This motif reappears in “Out of My Mind, Back in 5 Minutes.”

Hanna Liden was born in Stockholm in 1976. (The artist’s younger sister, Klara Liden, is also an established artist who lives and works in Berlin.) Hanna Liden completed a BFA in Photography at Parsons School of Design. Her recent exhibitions include  solo shows at Half Gallery in New York, Galerie Gmurzynska in Zurich, and group exhibitions at The Island at Art Basel Miami 2010, The Powerplant in Toronto, the Palais de Tokyo in Paris, Macro in Rome, and the 2006 Whitney Biennial. Liden lives and works in New York; this exhibition is her first solo show with Maccarone. 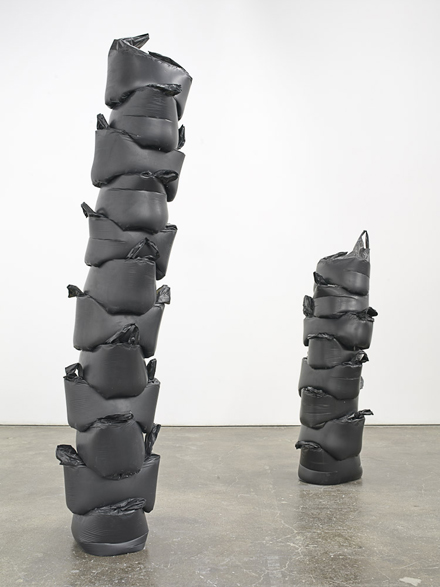 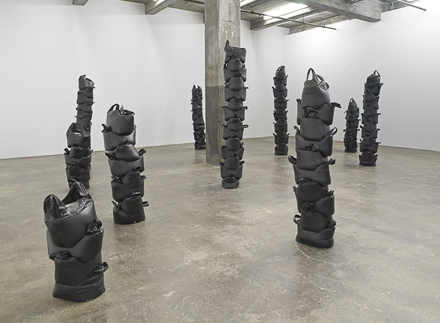 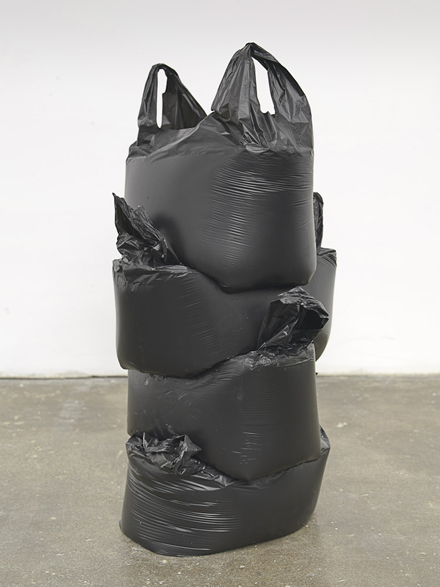 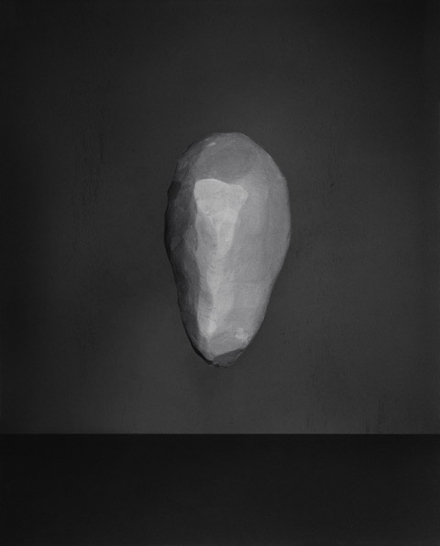 This entry was posted on Saturday, April 16th, 2011 at 12:51 am and is filed under Go See. You can follow any responses to this entry through the RSS 2.0 feed. You can leave a response, or trackback from your own site.