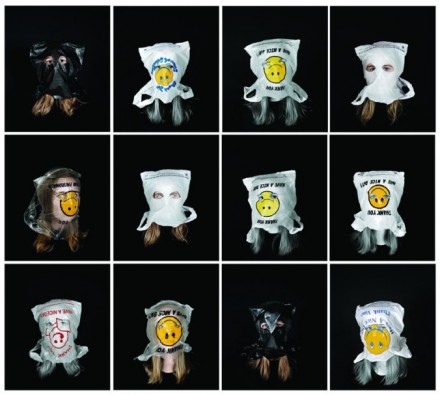 New York based artists and long-time friends Hanna Liden and Nate Lowman are teaming up for the first time at Salon 94, through January 12.  The pieces made separately, a dialogue is created by the artist-chosen pairings of their work. Both artists leaning toward the morose, Lowman variously depicts gravestones and bodies, while Liden photographs melting candles or masked friends with flames. Lowman’s ongoing investigations of the smiley face–with its hidden layers of meaning and irony–also make an appearance; Liden plays off of it as well, perhaps suffocating beneath the happy (though upside down) iconic plastic bags. 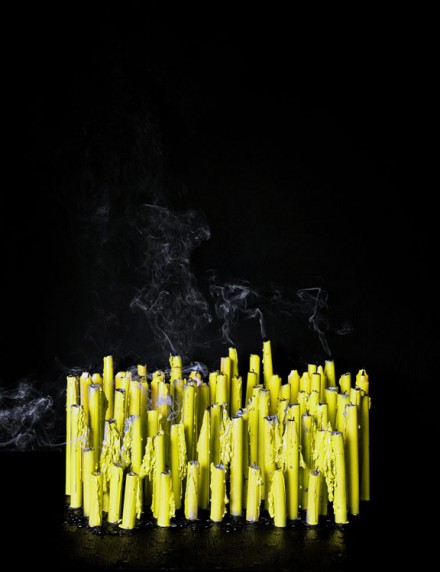 Moving on from her darkly-detailed landscape-esque style photos, Liden has brought her work into the studio and into the city. Several works are of candles at various heights, resembling a city skyline–temporality built in. The Swedish-born artist is influenced by both urban and rural experiences, growing up atheist and inspired by Ingmar Bergman. 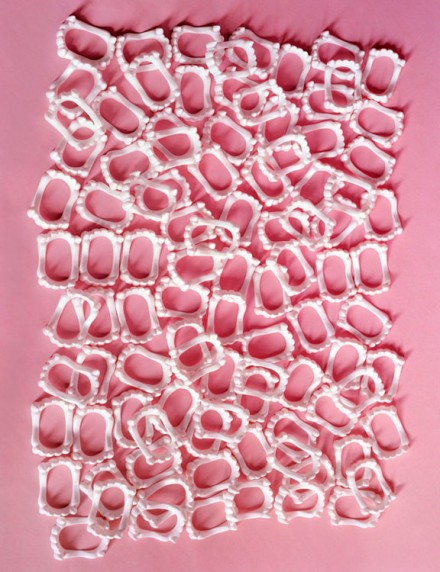 At times taking on a lighter tone, as with the smiley faces, both artists tend to maintain a darker edge to their work. Fang Life (Gum)‘s bright pink background is bubbly enough, yet the uncontextualized pile of rough white circles consists of children’s toy vampire teeth. Though bloodless, the fangs are aiming right for us. 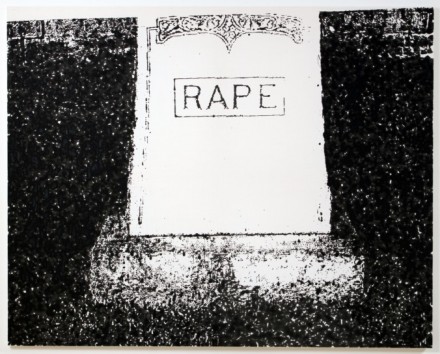 Working from his collection newspaper and magazine clippings, Lowman makes a point with his gravestones. In an interview with Interview Magazine, besides speaking of his exploration of language and miscommunication within public imagery, he also speaks of working with other people for greater causes: “I’m really interested in the difference between selfishness and generosity.” 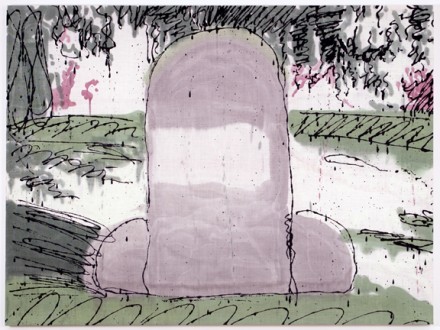 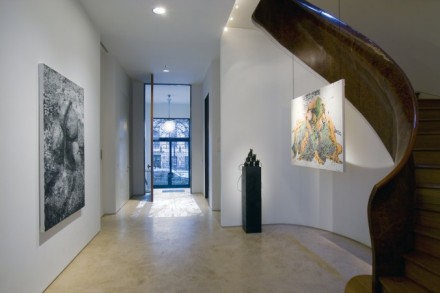 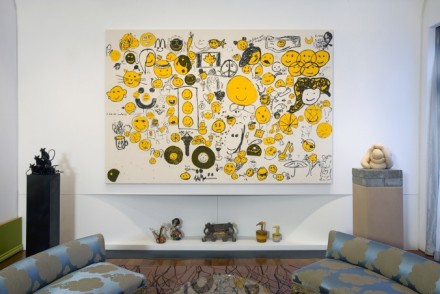 This entry was posted on Sunday, December 26th, 2010 at 11:49 am and is filed under Go See. You can follow any responses to this entry through the RSS 2.0 feed. You can leave a response, or trackback from your own site.