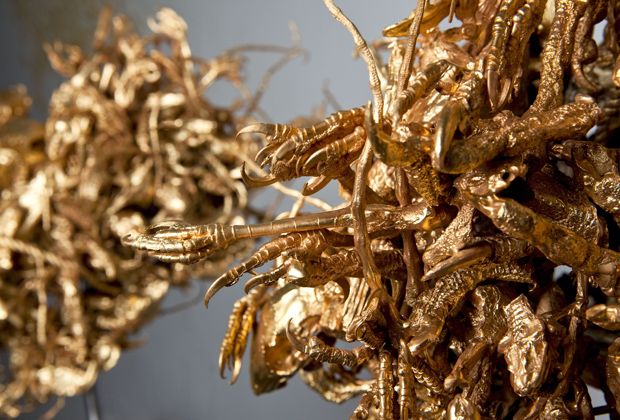 Friday night, April 29th, Tim Noble and Sue Webster opened their new site-specific installation, “Turning the Seventh Corner”, at Blain|Southern‘s Berlin space as part of the city’s Gallery Weekend.  The new installation has been made in conjunction with architect David Adjaye, with whom Noble and Webster have worked previously,  (“Toxic Schizophrenia (Hyper Version)”, (2007), MCA Denver) and also on the home in which the the artists live..  Noble and Webster co-opted the second floor space of the gallery, creating two doorways into a neighboring space, providing an entrance and an exit for their installation.  “Turning the Seventh Corner” is an experiential installation that draws inspiration from the tombs of Egyptian pharaohs and reflects Noble and Webster’s continued interest with shadow and light. 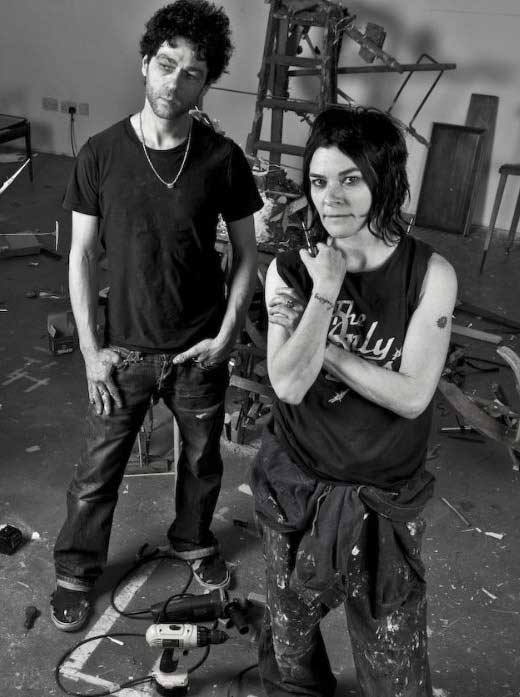 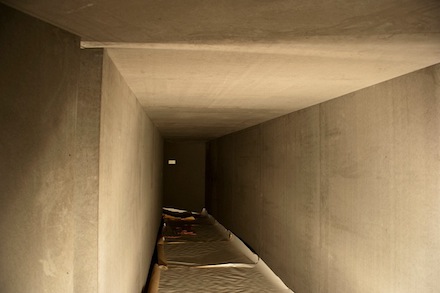 Passageway from Noble and Webster’s Turning the Seventh Corner under construction, (2011), via Blain|Southern.

After climbing the stairs to the second floor, where one gets the feeling of walking into a construction site as the viewer enters a door through which almost nothing can be seen.  The entrance is framed by brick and mortar that had once been solid, but now consists of jagged, unfinished edges, which adds to the sense that the site is some historical site, like the pyramids of Egypt that Noble and Webster make reference in the installation statement.  (This is in contrast to the larger, open-aired former printing building, the rest of the gallery space occupies.)  The viewer then makes his or her way through an undulating passageway with seven turns in it, which is only barely lit.  The darkness is striking; at times it almost saturates the entire field of vision, but there is always a hint of light somewhere that pulls the viewer through – these hints are soft fluorescent lights that have been cut into the floor, ceiling, or vertically up the wall.  As the darkness unfolds, and as the viewer struggles to find the way, a final turn is made, revealing the center of the installation, a shadow sculpture of Noble and Webster’s profiles facing each other within a circle of light. 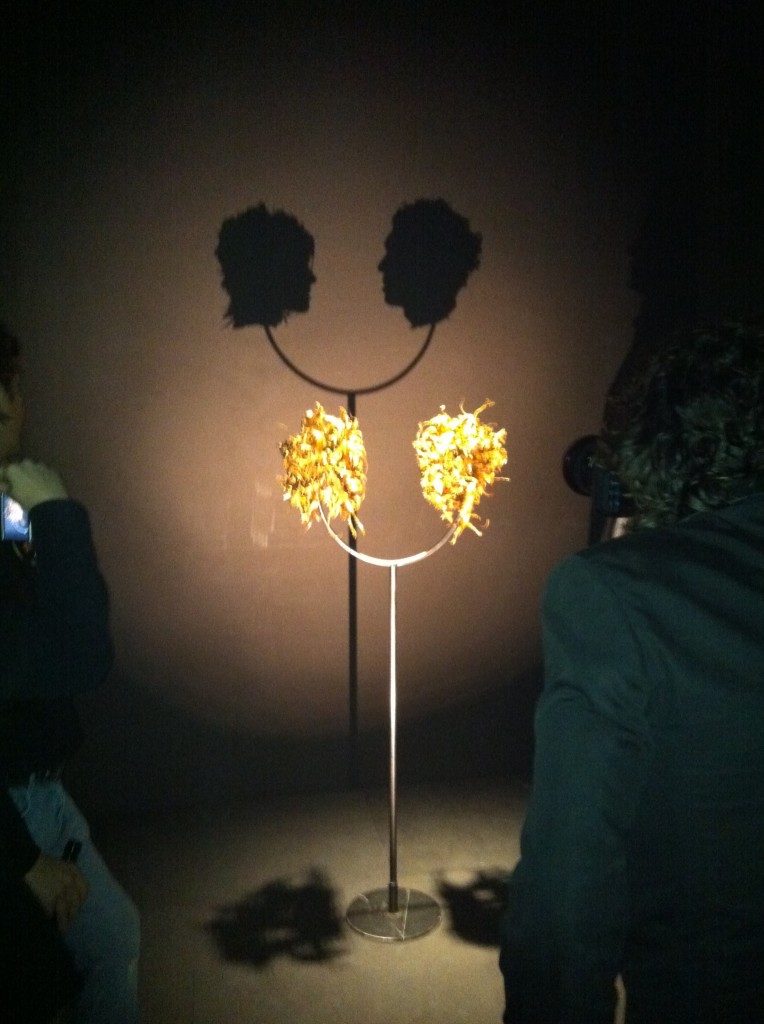 Inside Noble and Webster’s Turning the Seventh Corner, (2011), image courtesy of the author

Nobel and Webster have used this constellation before, but this time it’s presented as a found treasure of sorts – located at the center of a labyrinth, as it were.  The rubbish-sculpture from which the shadow is cast, is composed of mummified animals; squirrels, a baby rat, a mouse, and five frogs, all bound together with tiny rope, is present as a jumble of indiscernible gold objects.  The rubbish sculpture is cast in sterling silver and then covered in liquid gold, thus adding to the sense of having unearthed a treasure.  The mixture of dead animals covered in precious metals combine to create an atmosphere of wealth, death, and discovery, while their shadows cast the artists’ profiles and show that the preservation of life may be as simple as recombining elements and configuring them in a new manner. 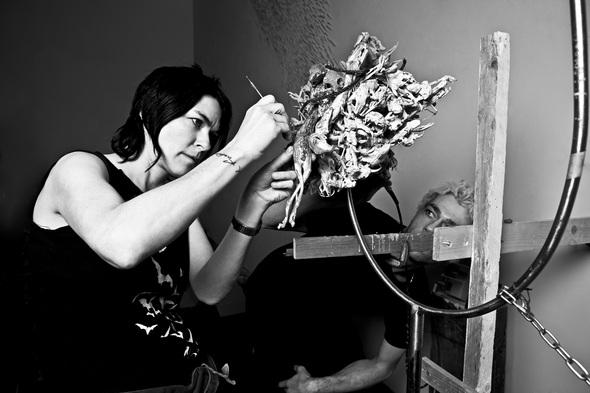 Sue Webster, working on Turning the Seventh Corner, (2011), via Blain|Southern.

Noble and Webster are masters of their craft, which they have been perfecting for fifteen years – their first solo show was in 1996. “Turning the Seventh Corner” will continue through July 16th, 2011.

This entry was posted on Tuesday, May 3rd, 2011 at 12:40 am and is filed under Go See. You can follow any responses to this entry through the RSS 2.0 feed. You can leave a response, or trackback from your own site.