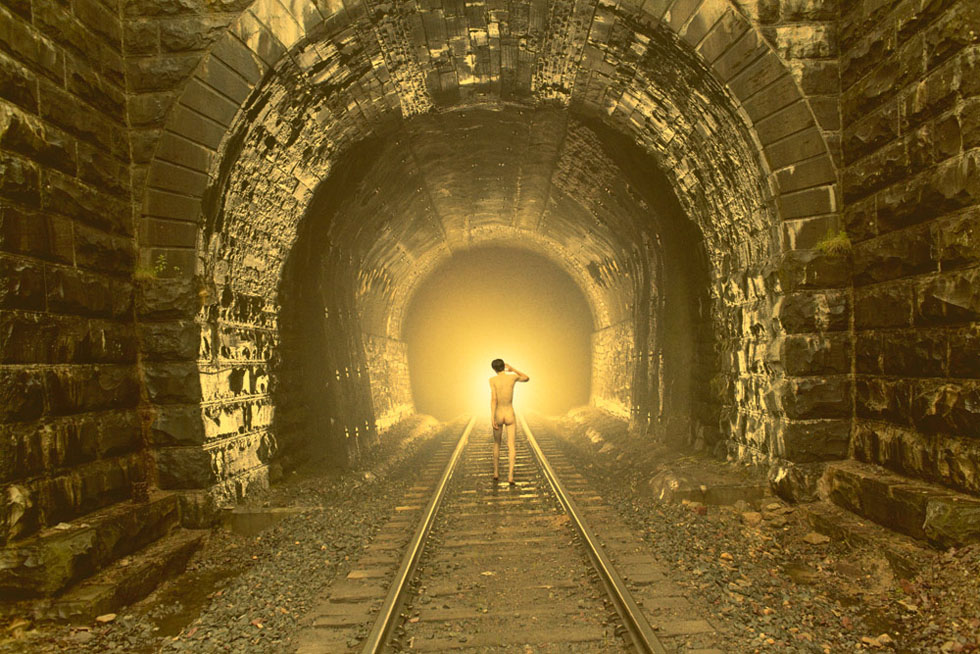 On view now through August 27th is “Post 9-11” at Los Angeles’s OHWOW Gallery. The group show features works by  New York-based artists who have in common both their rise to fame in the years since 9/11, and outspoken work that addresses sex, drugs, and the general decadence of the New York art scene at the time. Dan Colen, Terence Koh, Hanna Liden, Nate Lowman, Adam McEwen, Ryan McGinley, Agathe Snow, Dash Snow, and Aaron Young  all have work represented in this show that aims to chronicle their relationships, collaborations, and responses to external circumstances of the past decade. 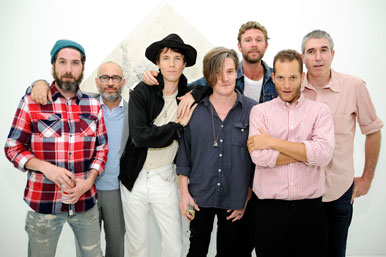 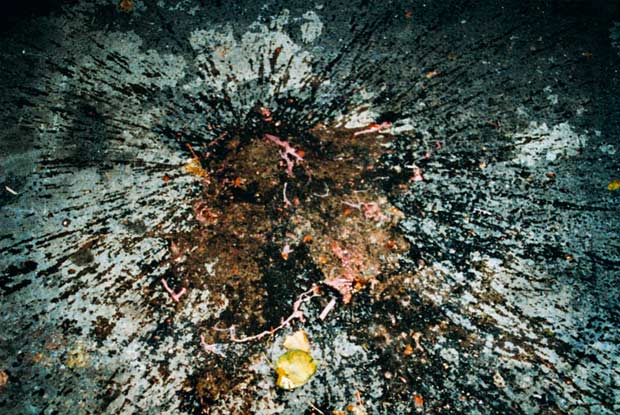 In an interview with W Magazine, Dan Colen explains, “We all met around 9/11. We were just kids then. Ten years ago, I was living with Ryan [McGinley] on East 7th Street. It was the kind of apartment where a lot of people congregated… But still, I think when 9/11 happened we hadn’t really become close yet—not like the way we were with Dash [Snow] and Agathe [Snow]. And Terence [Koh] was just showing up around then. ” Despite its name, “Post 9-11” does not directly deal with the event or aftermath of September 11th, 2001. Instead, it is a reunion of sorts for these nine artists, and a measure of their choices and developments over the past ten years. 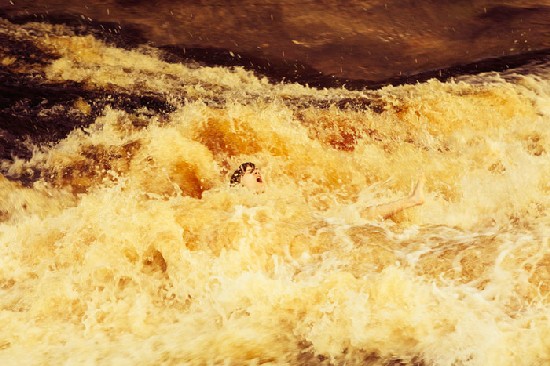 Much of the work is fairly recent: Ryan McGinley’s photograph Taylor (Rushing River) is from 2011. In shades of gold and buttery yellow, a roaring, frothing river runs over small head of a boy struggles for air. Though initially violent and potentially cynical, a viewer familiar with McGinley’s work will recognize the artist’s repeated motif of young, urban explorers interacting with the sublime elements of nature in a push against modern detachment from organic forces.

Dan Colen’s Blop! is a tarred and feathered canvas. Inflicted mainly in feudal Europe and the early years of the United States, tarring and feathering was a form of brutal punishment with the intention of humiliating its subject. It’s inclusion seems a particularly relevant here, a clear echo of the Post 9-11 treatment of prisoners of the War on Terror. 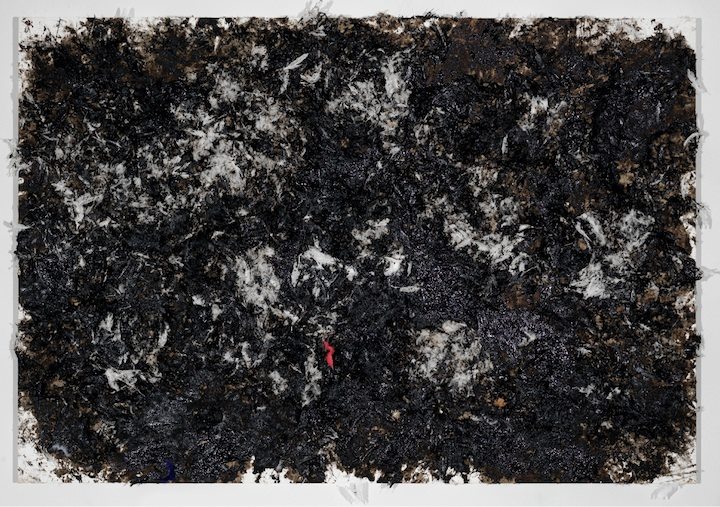 “Post 9-11” at OHWOW exhibits the reactions of a this singular, elite group of people both to the terrorist attack and the following years. It may not be the most emotional, or even sympathetic, of commemorations, but it is truthful, and grippingly so in its honesty. The show will be open though August 27th, 2011.

This entry was posted on Sunday, August 21st, 2011 at 11:00 pm and is filed under Go See. You can follow any responses to this entry through the RSS 2.0 feed. You can leave a response, or trackback from your own site.