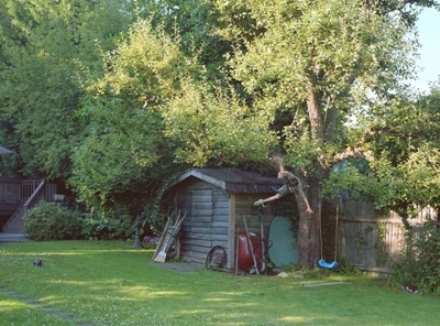 On view at the Center for Fine Arts (BOZAR), Brussels and curated by Joël Benzakin, the Crooked Path exhibition examines the artistic roots of Canadian photographer Jeff Wall, while pointing out the status of photography in relation to other artistic disciplines such as painting and cinema.  The exhibition features twenty-five photographs by Wall displayed with over one hundred multimedia artifacts by key figures of Western mainstream art since the late nineteenth century onwards, including Eugène Atget, Marcel Duchamp, Frank Stella, and Carl Andre  – artists designated as those who made the strongest impact on Wall’s career. By showing these works, ‘The Crooked Path’ shows the influence of  Minimalism, post-Minimalism, Cinematography, Conceptual and post-Conceptual photography, nineteenth century and contemporary photography on Wall’s work.

The dialogue between Wall’s photographs and the rest of the artifacts was based on the photographer’s belief in both the autonomy of creative process and the fundamental interconnection amongst “canonical art forms.” The exhibition catalogue chief-editor Hans De Wolf restates these concepts, stressing that “photography is a basic classical art within the context of Wall’s work.”  To point out the idea of homogeneity amongst art disciplines, Benzakin and Wall used formalist criteria in the selection of pieces for the exhibition, that is exhibited Minimalist and post-Minimalist works influenced Wall’s photography in terms of the scale and size.  Light, composition, and scale  are formal qualities that situated Wall’s works within cinematography tradition. De Wolf and Wall state in the exhibition catalogue that the formal quality of the 1900-1960’s documentary photography was one of the major reference points of Wall’s career. The same source connects Wall with Conceptualism and post-Conceptualism through color photography and more vernacular themes. 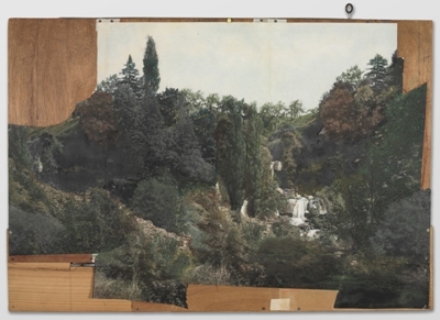 Although the curator emphasized Wall’s role in establishing photography within the “canon of visual arts,” one may employ the opposite logic and ask whether the exhibition affects the concept of that “canon” itself.  It appears that the Crooked Path may also reflect Wall’s personalized reinterpretation of recent art historical tradition, which may conceal his contribution within the medium of photography, therefore challenging the concept of the show.  The problem connected with the apparent formalist rhetoric of the exhibition and somewhat nonchalant use of words “artistic canon” highlights Wall’s artistic persona as it  minimizes the participation of the audience in creating the meaning of displayed art.
This problem raises a broader question of the relationship between Modern and Postmodern theories in contemporary art. Modernist aesthetics reflect concern with the materiality of the medium, abstraction, and intuitive response to the work of art. The American art critic Clement Greenberg (1909-94), contributed to the prevalence of these formalist standards in Western art between the 1940’s and 1960’s. In Postmodern theory, art was interpreted as a socio-cultural phenomenon stressing that the meaning of the artwork depends upon its relationship with other cultural phenomena. Thus, a single artwork, in Postmodern terms, may be interpreted in various ways based on the type of the referent. It appears that ‘The Crooked Path’ implies both approaches: formal interdependency between art disciplines and the emphasis on the artist’s persona corresponds with Modern vocabulary; the reinterpretation of paradigmatic art of the late nineteenth and twentieth century in relation to Wall’s photographs reflects Postmodern tendencies.
This somewhat unusual curatorial approach prompts the question of how other meanings ascribed to those works would communicate the main idea of the show. For example, the juxtaposition of ” Storyteller” (1986) with Stella’s “Newstand Abby” (1960) seems to argue the exhibition’s  case by demonstrating that the scale of Stella’s piece influenced the dimensions of Wall’s photograph, but this is a perhaps tenuous thematic relationship. In his article Flashes of Light (2007) for the New Yorker Magazine, Peter Schjeldahl wrote the following lines: ” ‘ The Storyteller’ (1986) is an imposing picture, more than fourteen feet wide. Six negligently clothed Native Americans lounge under or, on a grassy and wooded slope, beside a highway overpass. One, a woman, transfixes two others with what she is saying across a dying campfire. The historical ironyof a tribal custom maintained on expropriated and ruined land—is painfully obvious and, coming from a mandarin white artist, borderline presumptuous.” In many ways, this piece seems like an odd pairing with Frank Stella’s Newstead Abbey. As occurs often in “The Crooked Path” the formal criteria appear less relevant when compared with the significance of the photographer’s persona in establishing the connection between these two pieces: the renewed interest in artist’s individuality seems to reflect the Modernist rhetoric, but this approach appears anachronistic in relation to the Postmodern thought that characterizes the participation of the audience as similarly important as the intervention of the artist. 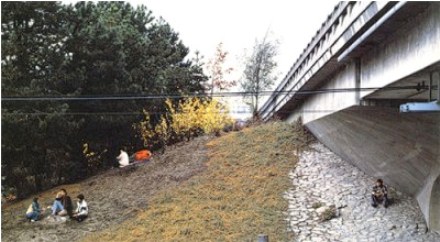 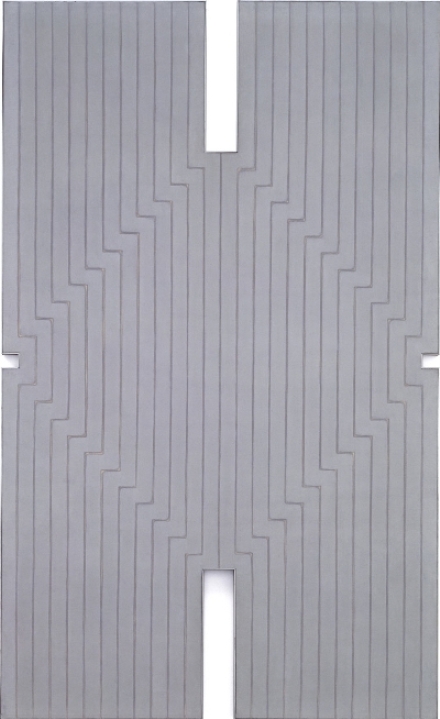 Anachronistic or original, BOZAR visitors may decide whether the show is about acknowledging the sources of Wall’s work, or about affirming Wall’s name within the discourse of contemporary art. “The Crooked Path” will travel to the Centro Galego de Arte Contemporánea (CGAC) at Santiago de Compostela (Spain) in the Fall of 2011.

This entry was posted on Tuesday, August 23rd, 2011 at 5:11 pm and is filed under Go See. You can follow any responses to this entry through the RSS 2.0 feed. You can leave a response, or trackback from your own site.