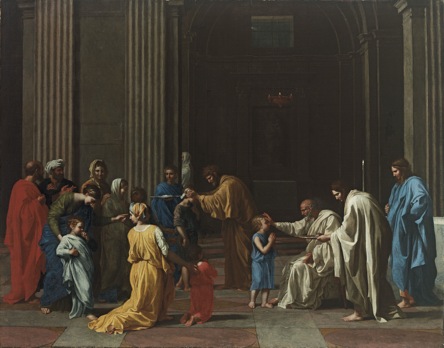 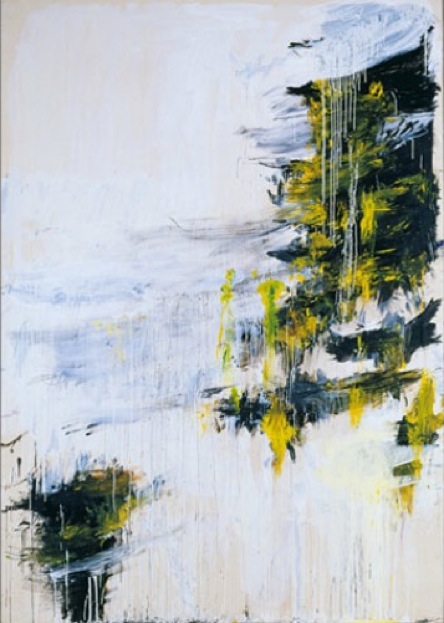 Curated by Nicholas Cullinan, the curator of international modern art at Tate Modern, Arcadian Painters was inspired by a quote from Cy Twombly who said “I would’ve liked to have been Poussin, if I’d had a choice, in another time.” The exhibition links artists born 400 years apart, both revolutionaries in their field: Twombly a predecessor of conceptual art and Poussin a leader in the development of the landscape painting. Comprised of paintings, drawings and sculptures from both artists, the exhibition is accompanied by the British premier of Tacita Dean‘s new 16mm film portrait of Cy Twombly, entitled “Edwin Parker,” completed in 2011. Cullinan spent much time with Twombly, mostly in 2008 when he curated a Twombly retrospective at Tate Modern, during which time he says that Poussin was mentioned over and over as a source of primary influence.

The gallery also displays Poussin’s renowned Seven Sacraments, painted for Cassiano dal Pozzo, a friend and patron, between the years of 1637 and 1642. The Guardian gives the show four stars, saying that “Twombly has spent his life transforming and reinvigorating that rich American modern art. His paintings belong in Dulwich because he is one of the greats.”  Twombly was known for his large-scale abstract paintings, which arguably precipitated the movement towards accepting graffiti as an art form.

Blurring the line between drawing and painting, Twombly was an innovator, changing the direction of contemporary art, despite the fact that he tended to avoid the publicity and hype of the art community at large. Originally from Virginia and known for being reserved, interested neither in publicity or his critics, Twombly settled permanently in Southern Italy in 1957 at age 29, “right as the art world shifted in the other direction, from Europe to New York.” Twombly’s career is described in the article as having “slyly subverted Abstract Expressionism, toyed briefly with minimalism, seemed barely to acknowledge Pop Art and anticipated some of the concerns of Conceptualism.” Twombly’s “spare childlike scribbles and poetic engagement with antiquity” was recently memorialized in a New York Times article after his death. The artist continues to be represented by Gagosian Gallery. 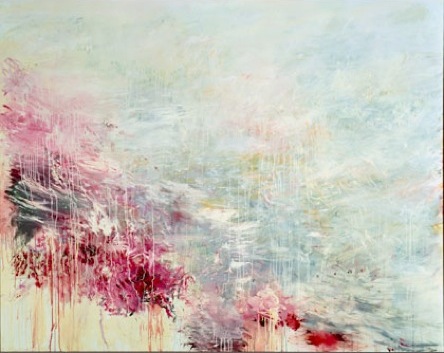 Poussin founded the French Classical tradition, and specialized in history paintings–depicting scenes from the Bible, ancient history, and mythology, “notable for their narrative clarity and dramatic force,” notes the Encyclopedia Brittanica. With the Seven Sacraments, Poussin’s goal was clarity of expression, which he saught via disegno (“nobility of design”) rather than use of color. Twombly and Poussin both moved to Rome around age 30, spent the majority of life in Italy, and at age 64 created canvases of the four seasons. The similarities between Twombly and Poussin are not a coincidence, as Twombly had a unique reverence for the 17th century Baroque painter, whose work often guided him throughout Twombly’s career. Visually, the images from each artist are as vastly different as the times in which they worked, but conceptually the two share a kind of kinship. When asked ultimately about the comparison he intends to make between Twombly and Poussin, Mr. Cullinan says that “both artists are dealing with death’s omnipresence in life.” 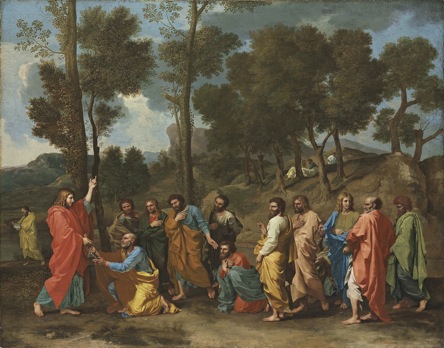 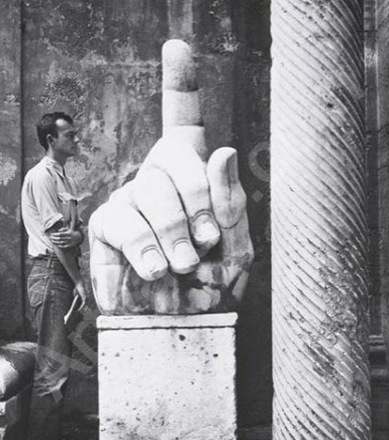 The premier of Tacita Dean‘s film Edward Parker stands on a lone screen in a darkened gallery room, partnered with Cy Twombly’s contemporary canvases of frenzied paint drips and Poussin’s classicist narrative scenes. Dean’s work is an intimate portrait of Twombly (Cy- an inherited nickname, he was born Edward Parker) which is played on loop during exhibition hours.

The film’s intimacy is granted to it by its sense of revealing ‘the man behind the myth’. Always attention shy, Twombly was a man who shunned publicity throughout his career. Now, in this film his persona is laid bare as we watch him physically- not verbally- contemplating his own statues in his small, unremarkable studio. Located in Lexington, Virginia where Twombly was born in 1928, the studio is simple with gray venetian blinds hanging closed on each window pain. Sometimes we are allowed to meet Twombly at his window as he parts the slats so that the traffic of Lexington and the bustling pavements below are made visible. 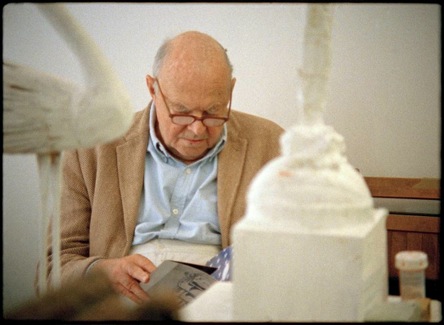 The film is driven by, obsessed by, and contexualised by time. The portrait holds a sort of painful inevitability- that time shall surely run out. The artist’s movements are slow, heavy, dragged out but each considered and deliberate. The overwhelming sense of time, and its moving on, is quite astounding amongst such inertia. Twombly is an elderly man- a truth he seems to be constantly considering throughout. This recognition and contemplation of time is clearly shared by his portraitist. Dean’s is a similarly pessimistic version of time and one that swears on it is running out. The projector stalls and skips whilst Twombly gradually creeps around- its spitting jogs and jolts imply that though those living by it are slowing down themselves, time needs to keep its pace and energy.

Here then is the fruit of Dean’s obsession with Twombly’s work. At the beginning of July- a week after the exhibition opened Twombly passed away- just as his work’s connection with Poussin was finally appreciated and his paintings and drawings made to hang next to those of his idol. In the same way, just as Edward Parker opened, which seemed to capture the artist’s slow passing of life, did the prompt death of the subject seem to wholly realize Dean’s themes.

This entry was posted on Wednesday, August 10th, 2011 at 9:39 pm and is filed under Go See. You can follow any responses to this entry through the RSS 2.0 feed. You can leave a response, or trackback from your own site.