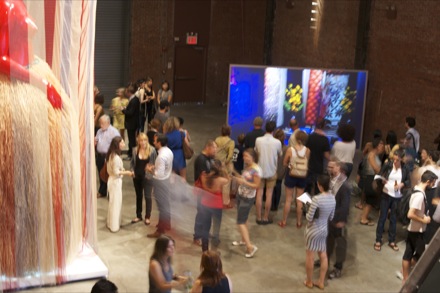 All images by Peter Tiso for Art Observed, unless otherwise noted.

The experience of entering Cosmic Voodoo Circus, a new exhibition by Sanford Biggers that opened last night at SculptureCenter, is somewhat like entering a flea circus. A large sculpture inspired by traditional African spirit sculpture towers above the dwarfed crowd as an empty, motorized trapeze occasionally swings overhead.

A video entitled Shake (2011), is the center of the show; it stars Brazilian-born, Germany-based choreographer/clown/stuntman/DJ Ricardo Castillo as he journeys through Brazil. With his skin painted silver and his feet clad in knee-high platform boots, Castillo shines against a background of favelas, colonial palaces, and the roaring ocean. Funded by a Creative Time travel grant, Shake is the second portion of a trilogy, the first part of which will be on view in Biggers’ upcoming exhibition at Brooklyn Museum, opening September 23. 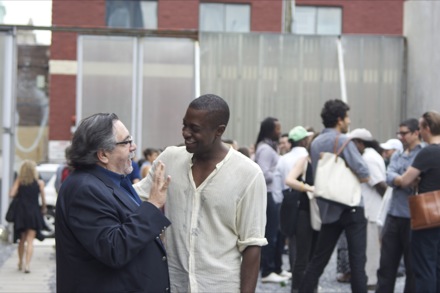 Artist Sanford Biggers, on the right, greets a friend. 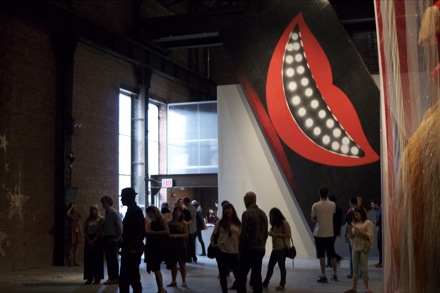 The scene inside SculptureCenter. In the background is a billboard-sized piece featuring a minstrel-like toothy grin, an image often used by Biggers.

Commissioned by their Artist in Residence program, Cosmic Voodoo Circus is curated by Mary Ceruti, SculptureCenter’s Executive Director and Chief Curator.  According to the exhibition’s press release, Biggers “exploits the carnival aesthetic” to tackle issues of “identity, the power of objects, as well as spiritual and cultural transmigration.”

Biggers is a native of Los Angeles, but currently lives and works in New York. His work has been included in Prospect 1/New Orleans Biennial (2008-9), Illuminations at the Tate Modern (2007-8), Performa 07, the Whitney Biennial (2002), and Freestyle at the Studio Museum in Harlem (2001). A solo exhibition of his work, The Cartographer’s Conundrum, will open at Mass MOCA in December 2011. Biggers is an Assistant Professor in the Visual Arts Program at Columbia University. 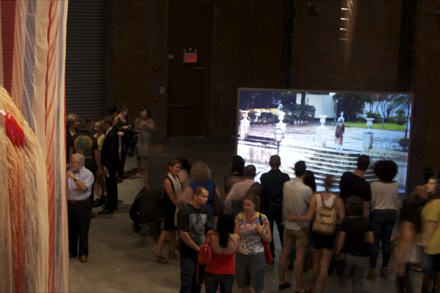 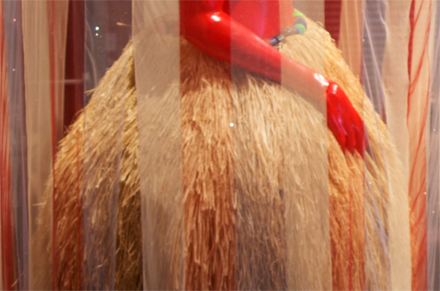 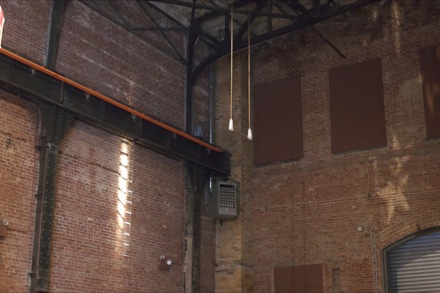 Looking up inside, to Backend Trick (2011), a motorized installation. 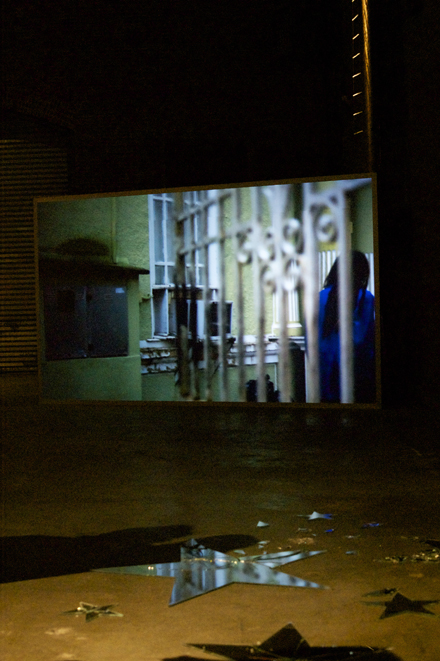 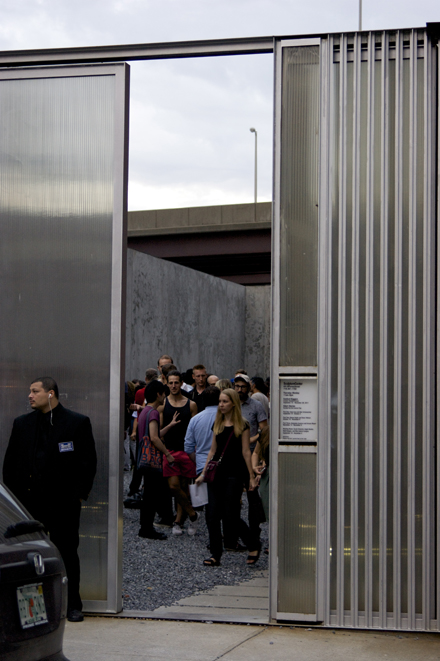 The view into SculptureCenter’s gravel courtyard. 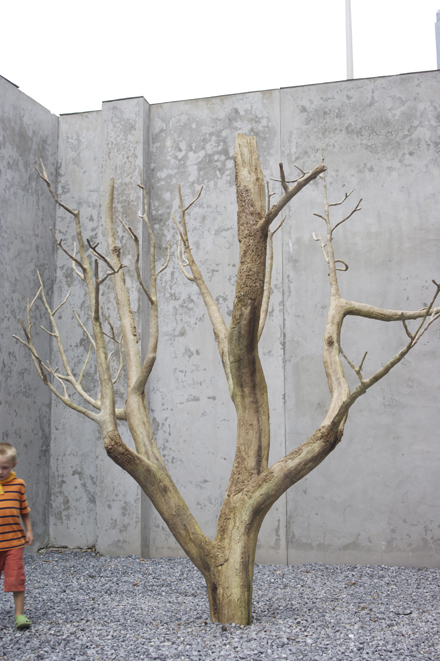 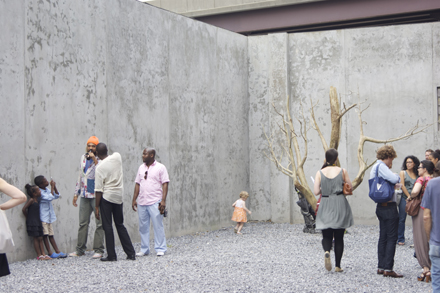 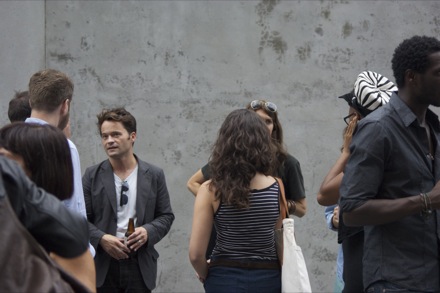 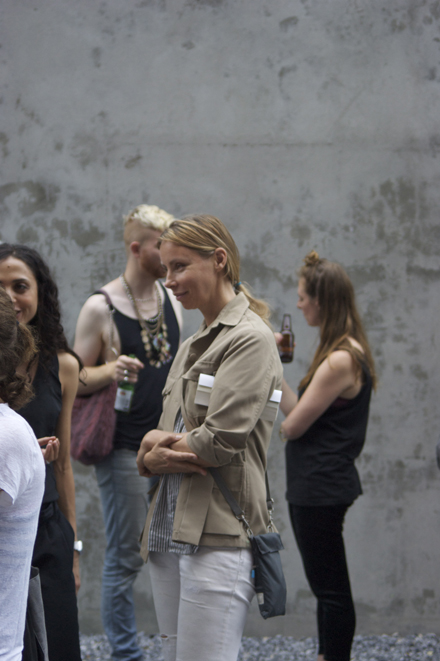 Among the visitors was Swedish artist Fia Backström, who represented the Nordic countries in the Venice Biennale 2011. 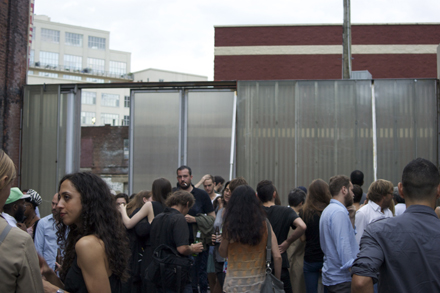 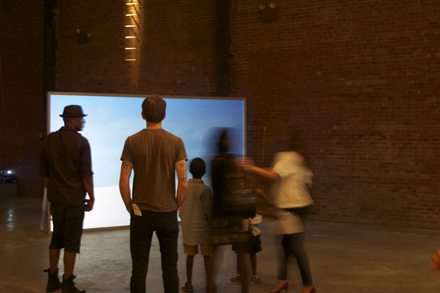 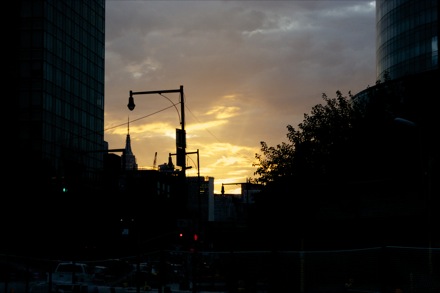 The sun setting in Long Island City after the opening.

This entry was posted on Sunday, September 11th, 2011 at 10:45 pm and is filed under AO On Site. You can follow any responses to this entry through the RSS 2.0 feed. You can leave a response, or trackback from your own site.