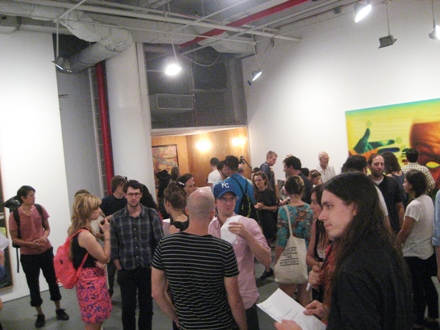 Artist-curator Rita Ackermann and creative director Parinaz Mogadassi curate the Perfect Man II at White Columns, a group show exploring gender issues within contemporary socio-cultural norms. The exhibition features mostly male artists in different stages of their careers, including Richard Serra, Ken Okiishi, Ed Paschke, Rammellzee, Josh Smith, Dan Graham, Malcolm Morley, and the Bernadette Corporation, among others—a collection of thirty-four multimedia pieces: paintings, installations, sculptures, video art, and photography. The show succeeds Perfect Man I, curated by Ackermann in 2007, which brought together mainly female artists. The idea behind Perfect Man is derived from “a poem written by an American housewife that was originally published in a truck driver’s magazine,” according to White Columns. Less explanatory and highly experimental curatorship of the Perfect Man II allows viewers to draw their own conclusions on the complex gender issues. 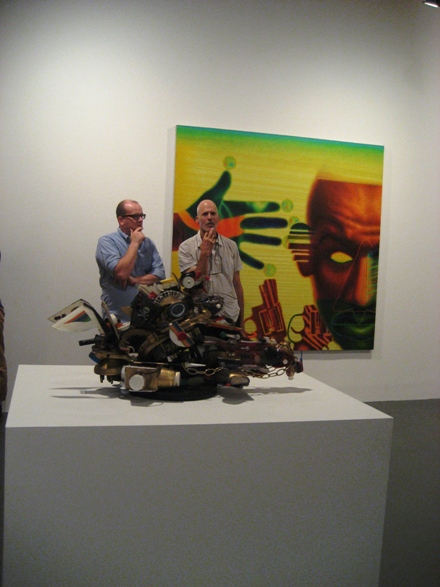 Although not clearly stated in the press release, the exhibition seems to be rooted in feminist art theory, especially the gender binary classification that describes gender roles of masculinity and femininity as socially constructed entities rather than biological certainties. In the statement supplementing the exhibition, Ackermann and Mogadassi explained that they “focus… on men who are on the quest… and their struggle to defeat the elements that society’s subculture dictate… [but whose way of looking at the subject of modern art is based on]… the unique mind of the individual.” Analyzing gender identity through the relationship between individuals and society is a technique used by both feminist artists and theorists since the 1970’s. But unlike Ackermann’s 2007 show, which addressed these gender issues by including a divergent group of female artists, the Perfect Man II dwells on the social category of masculinity through art made by men. 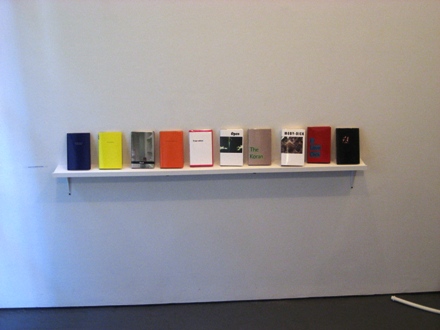 The Bernadette Corporation, an international group of artists commenting on “global culture that constructs identity through consumption and branding,” participated in the Perfect Man II with two installations, Media Hot and Cold and u knw ur famous. The first installation is a row of ten hardcover books laid on a bookshelf facing the viewer. Although the titles and formats resemble the actual books, such as Moby-Dick by Herman Melville, I Love Dick by Chris Kraus, and The Koran, their content is made of all the reviews and web blogs written about each of them. 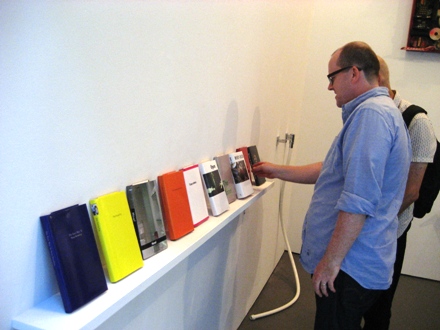 By replacing the actual content with various writing about it, the artists seem to point out the ambivalent relationship between individuality and collective consciousness and/or social norms. The same issue was tackled in u knw ur famous, resembling a fragment of a red velvet rope featuring etched and engraved words: “omg!!!,” “thatz all!,” “Rihanna I knw ur famous don’t take dirty pics of course its gonna get leaked!” 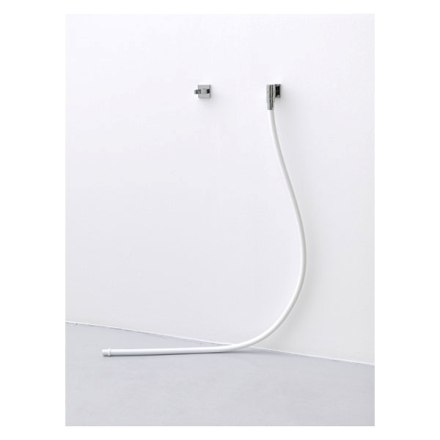 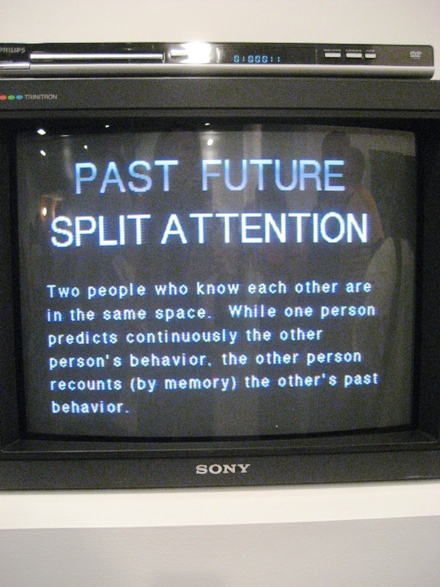 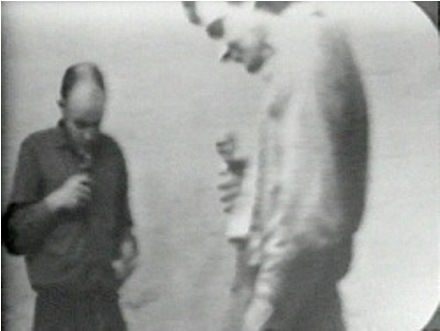 A video recording of Dan Graham’s performance Past Future Split Attention (1972) shows two men whose successful communication depends upon their ability to predict each others’ behavior. The piece features the individual-collective relationship by exploring the psychology of communication. 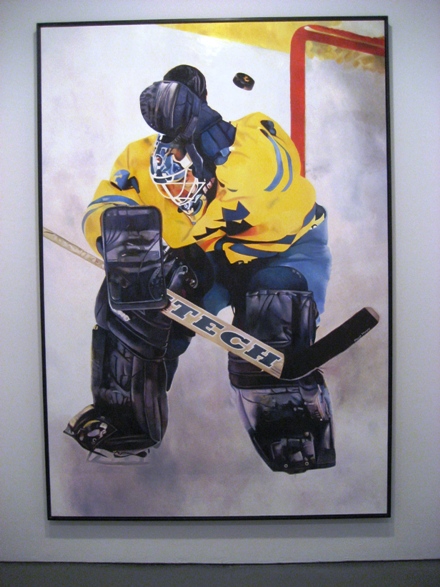 Malcolm Morley’s Goalie is a Photorealistic, full-sized ice-hockey player. Yet the masculinity and virility associated with such a sportsman is brought into question as he cowers away from the hockey puck. 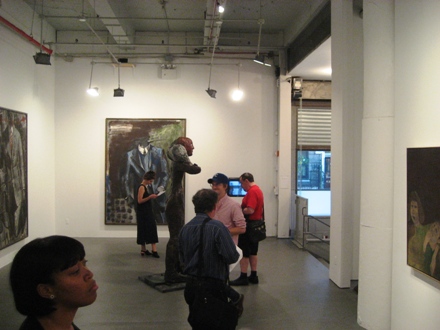 Conceptual and layered, the Perfect Man II plays with opposites: female/male artists, masculinity/femininity, and individuality/society. These complex ideas were communicated without any explanatory text besides a short and expressive curators’ statement, which gives the show an intellectually demanding undertone. 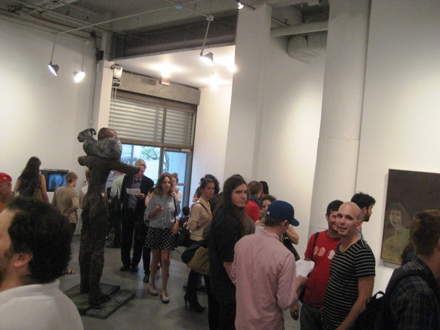 The North Carolina Orange County Sheriff’s Office is on the lookout for anyone trying to sell hot Gold Toe socks — 174,606 pairs of them to be exact.

Last week, two full trailers packed with socks were stolen from Great American Knitting Mills Inc.’s Mebane, N.C.-based distribution center. According to Bill Sheely, executive vice president of operations, the thieves stole tractors from a nearby lot, used them to ram through the fence that protects the distribution center and hauled off the 40-foot trailers at around 11 p.m. or midnight on March 2. see here gold toe socks

According to a press report, the abandoned trailers were later located empty.

While socks might seem like an unlikely choice of booty, James Williams, president and chief executive of the hosiery maker, said the company is taking the robbery quite seriously. Indeed, based on an average retail price of $7 to $8 a pair, the more than 14,500 dozen pairs of socks would be worth $1.2 million to $1.4 million, he estimated. here gold toe socks

“The only thing I can say is that Gold Toe socks are very valuable,” he added.

The Orange Country Sheriff’s Office confirmed that it is investigating the theft, but the investigator assigned to the case was unavailable to comment as of press time. Williams said the company had never been the victim of a crime on this scale before.

“We feel ripped off,” he said. “It upsets our normal course of delivery. Something being stolen from you is a serious offense. We will find the perpetrator.” Sheely said the socks in question had been destined for J.C. Penney Co. stores.

This entry was posted on Sunday, September 18th, 2011 at 2:08 am and is filed under Art News. You can follow any responses to this entry through the RSS 2.0 feed. You can leave a response, or trackback from your own site.