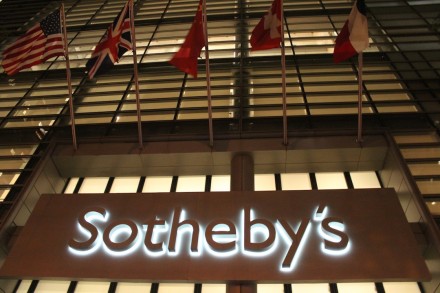 Interior Design March 1, 2004 | Kellogg, Craig THE NUMBER OF BARCELONA CHAIRS IN THE FIRST 999 ISSUES OF THIS MAGAZINE would be hard to estimate–and the impact hard to overestimate. Ludwig Mies van der Robe’s design bas become our icon, our little black dress, our Marilyn Monroe.

But in 1932, when Interior Design debuted as the Decorator’s Digest, and the Barcelona chair was only three years old, the future of both remained uncertain. Miess German Pavilion for the International Exposition in Barcelona, Spain, had been dismantled after six months, so his lonely pair of chairs might easily have become a historical footnote, prominent but indistinct in grainy period photographs. [Only two were made at first.] Instead, the design proliferated, its development mirroring this magazine’s in certain intriguing ways.

Those frames have become the subject of endless scrutiny as well as countless complaints. Almost certainly inspired by the scissor legs of medieval folding stools–Mies called the pavilion’s chairs “thrones” for the king and queen of Spain–the slim steel, bars proved punishingly rigid. Mies had clearly made a fundamental design miscalculation, as his earlier protototypes in tubular steel were actually rather springy. Meanwhile, the padded leather cushions, though thick, are hardly overstuffed.

Comparison to archival photos of the Barcelona pavilion reveal that Knoll abandoned the original cushions diamond-pattern tufting. Nor are the frames exact replicas. Whereas early frames consisted of nine steel, components bolted together, Knoll chose seamless welding. The company also considered switching to polished aluminum, which would have reduced weight, but ultimately stuck to chrome-plated steel until 1964, when polished stainless was introduced. Mies endorsed the switch, since chrome can peel, and he remained an enthusiastic customer despite the added cost.

He was spending other people’s money, naturally. As office buildings became the business of designers. Mies and Johnson used Barcelona chairs for lobbies at the Seagram Building in New York. For Eero Saarinen’s nearby CBS Building, Florence Knoll pushed pairs of the chairs together to form armless modular sofas. “They became standards for places like Chase banking halls,” says Pamela Babey, a former Skidmore, Owings & Merrill designer who went on to cofound Babey Moulton Jue & Booth.

Competitors rushed into the marketplace to satisfy the demand. In the 1950’s, Mies permitted Gerry Griffith to experiment with a stainless-steel version. A decade later, Colonial Iron Craftsmen advertised a passable knockoff called the Avanti. The design was no longer protected, but a 1965 contract granted Knoll the exclusive rights to use Mies’s name, in exchange for a flat fee. When he died four years later, this fee passed to New York’s Museum of Modern Art, which still receives money from Knoll in connection to the chair.

When Interior Design visited the newly reconstructed Barcelona pavilion in 1986, the chair was already a cult object, though it had never been cheap enough to become truly common. Six years later, the Barcelona summer Olympics brought a steady supply of visitors to see the icon, and popularity in the 1990’s finally threatened to tip the scales toward cliche. “But it’s no fault of the poor chair,” say Pilar Viladas, design editor of the New York Times Magazine. Designers continued installing Barcelona chairs, and sheer ubiquity kept them in the pages of this magazine For former editor in chief Stanley Abercrombie, uncovering a knockoff on a job was a clue “that the designer and the client were willing to settle for less than perfection.” But the question of knockoffs persists. Gratz Industries, the successor to Treitel-Gratz, still produces chairs to the original specifications. A Design Within Reach salesperson says that his company charges less for its chromed-steel Pavilion chair, in part because DWR pays no licensing fees to MoMA. (Again, chromed steel is also cheaper to fabricate than Knolls polished stainless.) Not only frames but also upholstery is subjected to scrutiny for authenticity. But few visitors passing through the lobby of Johnson’s Four Seasons restaurant, in the Seagram Building, stop to notice that replacement cushions there are chocolate vinyl. Knoll provides only top-grain leather or suede.

It’s generally agreed that pads in the pavilion were white glace leather, while period black-and-white photography seemed to confirm that Mies envisioned the chairs in neutral colors only. Butterscotch and sensible oxford brown became popular during the 1950’s. After the synthetic, futuristic whites of the 1960’s, earth tones reappeared. Only when an original Tugendhat chair, the Barcelona chairs close contemporary, was discovered in mint green in the 1970’s did Knoll begin to allow a rainbow of choices. Still, most 1980’s chairs were black. go to site chase banking online

Today’s look echoes the glace originals, albeit mellowed with age. “White is the favorite color or the new millennium,” says interior designer Miles Redd–who admits he’d never choose the chairs for himself. “My dentist in Atlanta had some in his office.” Mies himself preferred traditional wing chairs, which have arms to make getting up much easier. “The Barcelona is the most uncomfortable chair imaginable,” Johnson admitted to the New York Times in 1977. Then again, Mies could never have imagined his design cupping the lumbar regions of millions of people around the world.

For many contemporary architects, the chairs remain an indulgence, since clients rarely sit in them. Shelton, Mindel & Associates partner Peter Shelton’s five children employ a favorite pair “as trampolines,” says his partner, Lee Mindel. Babey, who hardly ever specified the chairs while she worked at SOM, splurged recently on a new orange version from Knoll. “I had to have it!” she admits. And where is it now? In storage. “But it will probably end up in my ironing room … as a really elegant shirt rack.” Which recalls a question from the Vitra Design Museum’s monograph on Ludwig Mies van der Rohe: “Sawhorse or throne?” In a weird, both. God is in the details.

This entry was posted on Wednesday, October 19th, 2011 at 1:53 pm and is filed under Art News. You can follow any responses to this entry through the RSS 2.0 feed. You can leave a response, or trackback from your own site.