The Pace Gallery‘s current exhibition, Surface of the Third Order presents a collection of cerebral sculptures and objects by Hiroshi Sugimoto. The exhibition features two groups of work: small crystal pagodas and larger aluminum sculptures. Surface of the Third Order is on view through December 23, 2011, displayed concurrently with an exhibition of twenty-four of the crystal pagodas at the Chinati Foundation in Marfa, Texas. 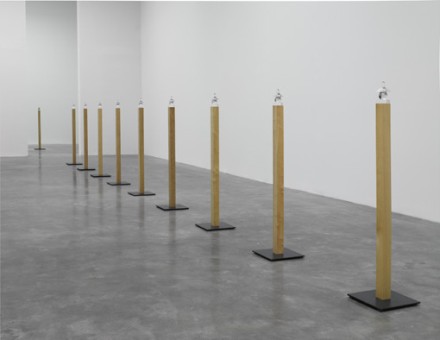 Sugimoto is most famous for his black and white photographs, and at first glance, Surface of the Third Order seems to be absent of any imagery. Inlaid into the miniature pagodas, however, are individual photographs from his Seascape series, which began in 1980. In Seascapes, Sugimoto captured bodies of water worldwide, and although the photographs seem similar—sky separated from water by the horizon—it is evident that each is unique. Without knowledge of Buddhist traditions, it is difficult to understand the greater significance of the pagoda series: each geometric element of the pagoda represents one of five elements in nature. The Seascape images are inserted into the sphere, which signifies water, and therefore the images reinforce its symbolism. Like the Seascape series, the pagodas appear to be uniform and it is the captured oceans that create the differences. 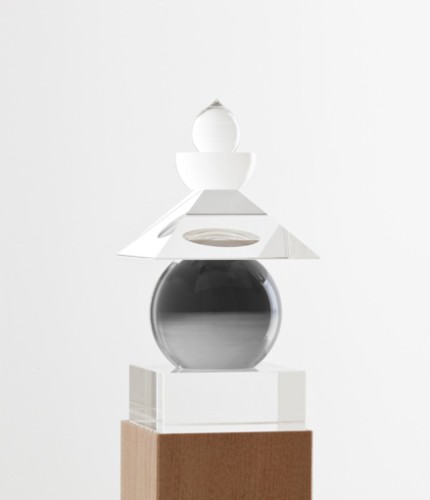 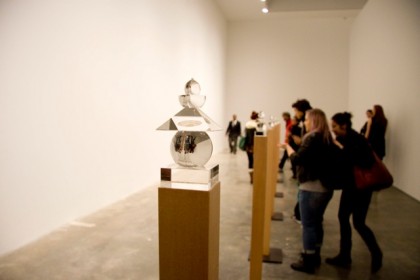 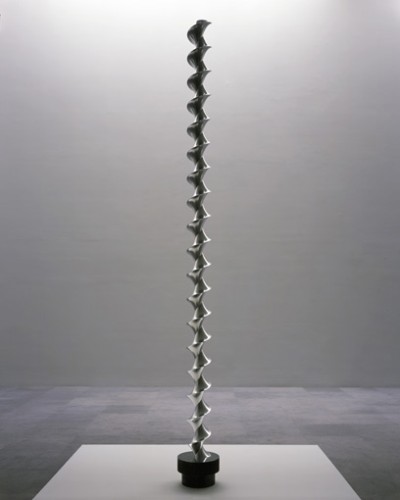 By contrast, the four large aluminum sculptures are based not on spiritual rituals, but rather on mathematical formulas. In Mathematical Model 002 Dini’s Surface: a surface of constant negative curvature obtained by twisting a pseudosphere (2005) is the physical representation of the trigonometric formula. The aluminum spirals appear both soft and powerful within the simplicity of the repetition. 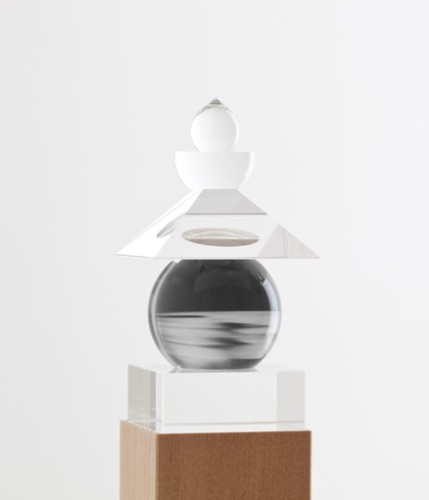 Surface of the Third Order makes clear that Sugimoto is equally inspired by Western artistic movements as he is by Japanese history and customs. While the pagodas are clearly sacred to Buddhism—the architecture of which is based upon the stupa used to house the Buddha’s ashes—the aluminum sculptures were influenced by Man Ray’s photographs of mathematical models. The exhibition highlights the elegant geometry of both while emphasizing the purity of form and formula. 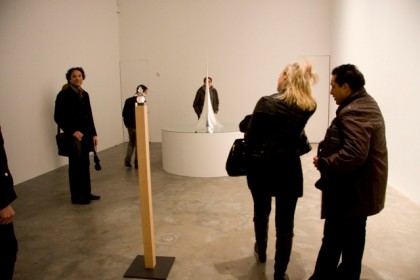 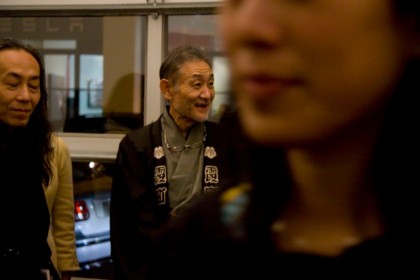 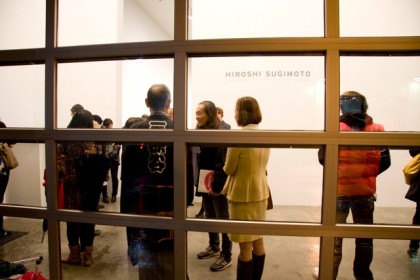 This entry was posted on Thursday, November 24th, 2011 at 4:45 pm and is filed under Art News, Go See. You can follow any responses to this entry through the RSS 2.0 feed. You can leave a response, or trackback from your own site.