Germany: Philip Taaffe at Jablonka Galerie through February 3, 2012 and Böhm Chapel through April 15, 2012 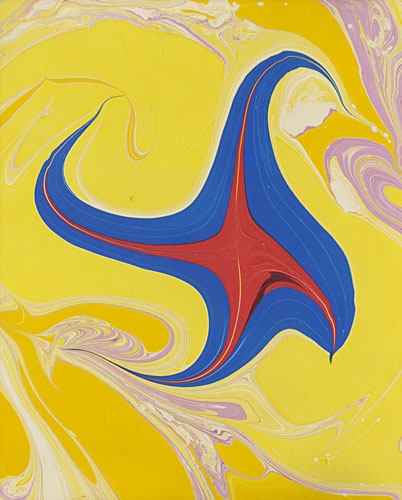 Philip Taaffe, Vizor (2011)
American artist Philip Taaffe has two exhibitions currently on display at the Jablonka Galeriein Köln, and nearby Böhm Chapel in Hürth, both in Germany. Taaffe’s work consistently explores the intersections between painting and architecture, anthropology, archaeology, and natural history. 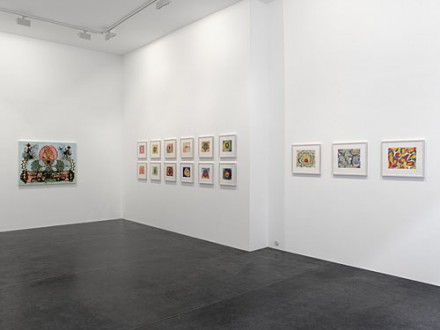 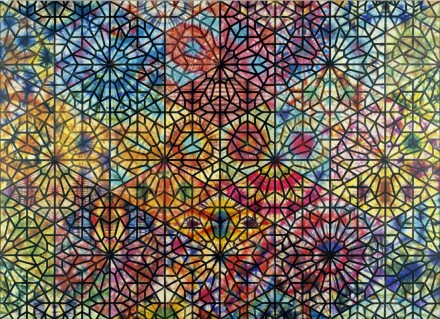 In his work for the Böhm Chapel, Taaffe reveals his interests in sacred spaces and meditative states. The medieval illuminated manuscript is cited as a specific point of reference; its interweavings, flourishes, and architectural unity reveal itself in Taaffe’s reimagining of the sacred document in his works. 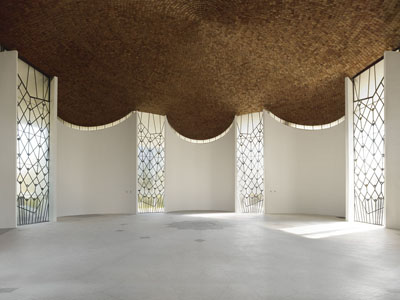 Jablonka Galerie displays a different aspect of his work, highlighting Taaffe’s interest in the technique of paper marbling. More than forty small-scale works created between July and September 2011 are currently on display. 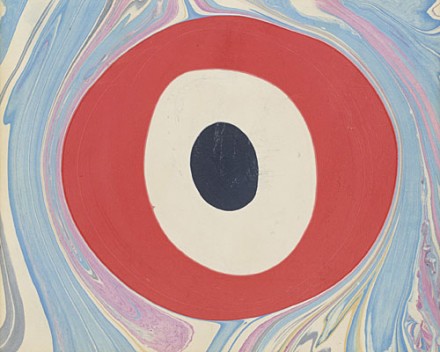 Philip Taaffe was born in 1955 in Elizabeth, New Jersey. Graduating with a Bachelor of Fine Arts in Art in 1977, he has had a wide-ranging and diverse career since his first New York City solo exhibition in 1982. Since then, he has traveled widely in the Middle East, India, South America, and Morocco, where he collaborated with Mohammed Mrabet on the book Chocolate Creams and Dollars, consequently translated by Paul Bowles. Taaffe also lived and worked in Naples from 1988-91. 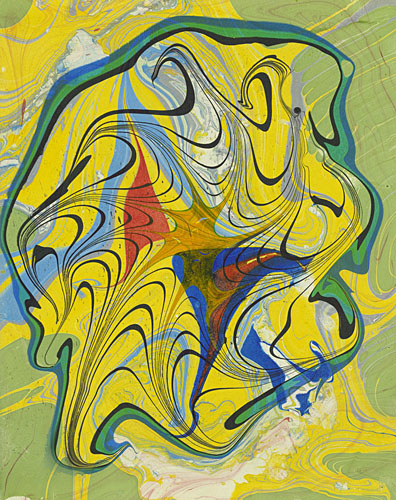 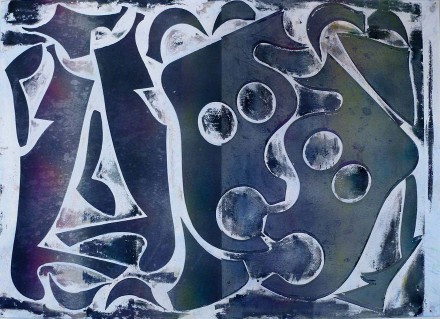 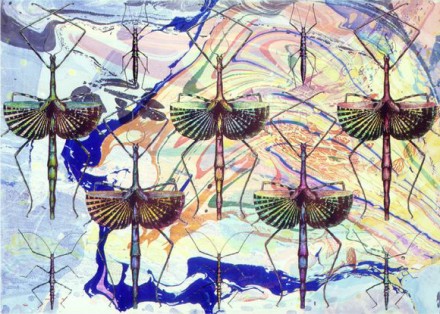 Philip Taaffe, Dance of the Phasmidae (2007) 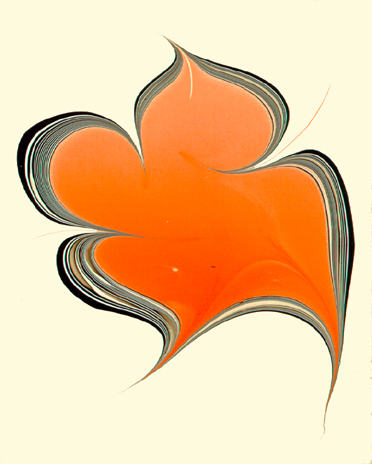 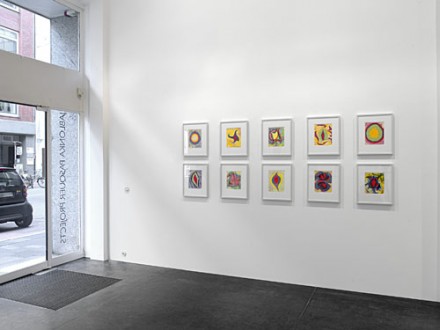 This entry was posted on Tuesday, January 31st, 2012 at 11:40 pm and is filed under AO On Site, Go See. You can follow any responses to this entry through the RSS 2.0 feed. You can leave a response, or trackback from your own site.

One Response to “Germany: Philip Taaffe at Jablonka Galerie through February 3, 2012 and Böhm Chapel through April 15, 2012”