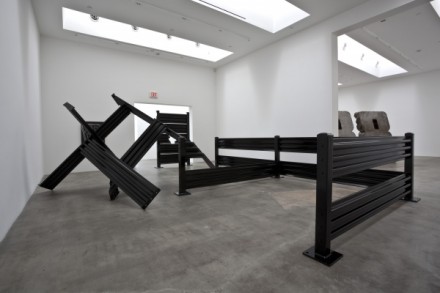 In his first Los Angeles solo exhibition, Brooklyn-based artist Banks Violette presents a body of work that blends the signifiers of diverse subcultural communities with the formal aesthetics of Minimalist and Post-minimalist sculpture. With their slick black surfaces, elegant physicality, and decidedly graphic sensibility, Violette’s works harken back to the machismo of 1960s sculpture, but with the added twist of nostalgia for the nihilism and aggression of a punk rock past. 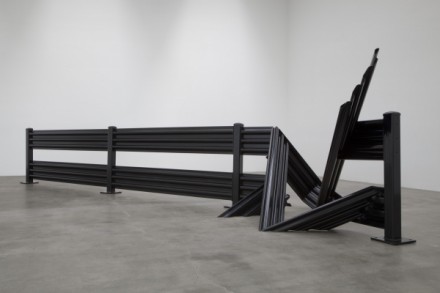 The group of large-scale sculptures and graphite drawings on view at Blum & Poe cull together visual and material cues from a variety of male-dominated communities and histories. We see the industrial materials of Minimalism; the number of NASCAR legend Dale Earnhardt Jr. scaled to monumental proportions; and the hardcore band Minor Threat being evoked in a title. In many cases the traces of violent pasts remain evident in the works, such as in the torched metal 88 (Dale Earnhardt Jr.’s number), seemingly alluding to the fiery crash that lead to the death of Dale Earnhardt Sr., or the gaping holes in the otherwise impenetrable powder-coated road fence formations. 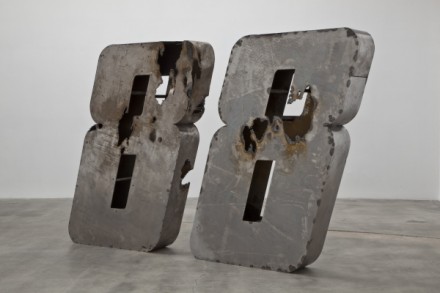 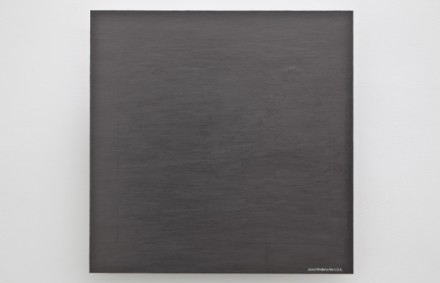 Drawing on these subcultures but refusing to take a particular position, whether it be one of moralizing judgment or genuine reverence, Violette’s work instead reflects what the artist described in an interview with Nowness as social entropy. In a single turn of phrase, the artist brings together the theoretical discussion of entropy raised by artist Robert Smithson and popular conceptions of the term used to refer to inevitable social decline and degeneration. 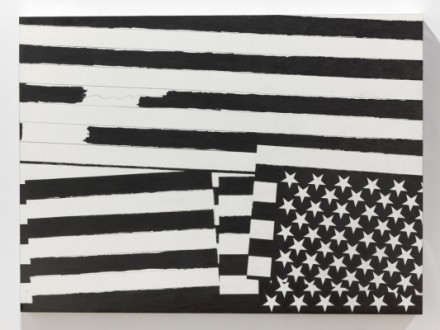 This juxtaposition aptly describes the work at Blum & Poe and characterizes much of Violette’s practice. Arresting the zealousness, which would seem to underlie the impulse towards violence found in these kinds of subcultures, the works on display instead convey a profound apathy towards the complex political ideologies operating beneath the surfaces. While Violette’s work has an undeniable physical and visual presence—and cultural resonance—one wonders what is gained and what is lost when a deeply-felt fervor is translated into monolithic objects.

U.S. Senator Lamar Alexander (R-Tenn.) today praised the kickoff of the Centennial Challenge Parks Initiative – a program that calls for an extra $100 million per year for the parks and nonfederal money to match it dollar-for-dollar – and highlighted the $340,000 included for the Great Smoky Mountains National Park.

“The Centennial Challenge brings half a million dollars to our most visited National Park – the Smokies – and will go a long way toward improving park facilities, aiding preservation and creating interactive learning tools,” said Alexander. “The start of the Centennial Challenge is a perfect kickoff to National Park Week and brings other needed improvements for more than 100 additional sites across the nation. As we approach the 100th anniversary of the National Park System, we need to keep looking for big ideas – like the president’s Centennial Challenge – that will aid efforts to preserve and celebrate the Great American Outdoors.” At a Senate hearing last week, Alexander urged Interior Secretary Dirk Kempthorne to reexamine why the Great Smoky Mountains National Park is funded at lower levels than other parks, even though the Smokies host more visitors per year than any other national park. go to website great smoky mountains

* $100,000 for planning, designing, fabricating and installing new exhibits for a 2,000-square foot museum space that is part of a new 6,492-square foot visitor center complex that is being planned for the Oconaluftee area. site great smoky mountains

* $200,000 for the preservation efforts in the Elkmont District – a national historic site of 74 cottages and outbuildings purchased in the 1920s and 1930s.-* $40,000 to develop a series of educational video podcasts to enhance park visitors’ experiences and improve park safety.

Senator Alexander is a member of the Senate Appropriations Committee and its Interior Subcommittee, which oversees funding for the National Park Service. He is a proponent of clean air initiatives, full funding for the Land and Water Conservation Fund and a solar energy tax credit and was chairman of President Reagan’s Commission on the American Outdoors. Beginning when he served as governor, Alexander led the charge against the North Shore “Road to Nowhere” through the Great Smoky Mountains.

This entry was posted on Tuesday, January 31st, 2012 at 12:01 am and is filed under Art News. You can follow any responses to this entry through the RSS 2.0 feed. You can leave a response, or trackback from your own site.

One Response to “Los Angeles: Banks Violette at Blum & Poe through February 11, 2012”