The Philosophy of Andy Warhol (From A to B and Back Again)
(Andy Warhol, 1977)
Read More and Buy↠
Home » Art News – Kanye West and Jay-Z’s Maybach from the Spike Jonze directed Otis video to be auctioned at Phillips de Pury next Thursday

Next Thursday, Phillips de Pury will auction the Maybach 57 featured in Kanye West and Jay-Z’s Otis video, which was directed by Spike Jonze. The proceeds of the car’s sale (which has been on a genuinely rough ride as depicted in the music video) will go to Save the Children. A charitable donation has been planned since the video’s completion, with the closing caption: “The vehicle used in this video will be offered up for auction. Proceeds will be donated towards the East African drought disaster.” At the time of the video’s release, East Africa was deep in famine, as a result of the worst drought to hit the region in 60 years. 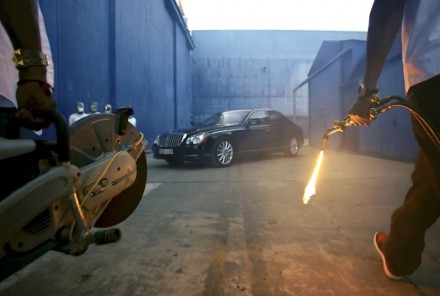 Both the song and video have been widely acclaimed. Otis won a Grammy this year, and countless articles laud the filmed joyride. In a well-edited three minutes, the car is reworked and even spews fire.  For the sake of art history, the echoes of commodification are relevant to a post-war and post-Warholian lineage. The backdrop of the ride and rap is a large American flag on a building, which is reminiscent of Jasper Johns’ Flag (1954). At the time, Flag was a powerful statement against McCarthyism amidst the changing face of America. 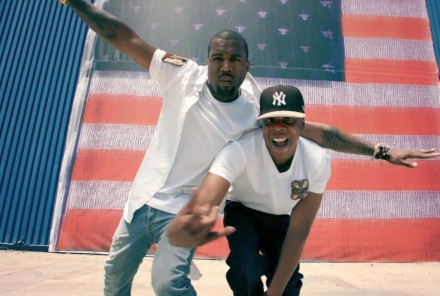 In a contemporary context, cars as art were a popular motif for Richard Prince, whose painted vintage vehicles made grander statements about the nature of specifically American desire. For example, Covering Hannah (2008) features a naked woman made from vinyl, suggestively wrapped around a 1987 Buick. Both Prince and the rappers showcase the vehicle as a symbol of pleasure. 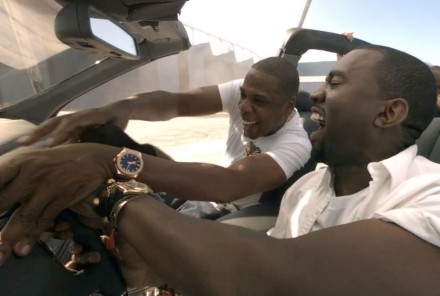 Another interesting factor in the auction value is that the Maybach itself was discontinued in November 2011, after the video had premiered. Forbes references Matthew Barney’s “KHU” project, wherein Barney melted a Chrysler Imperial into the Detroit River. 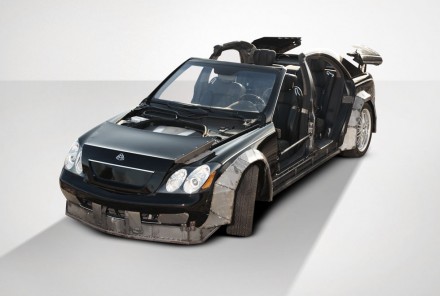 Alongside the Otis Maybach, Phillips de Pury will auction Matthew Barney piece from “Cremaster 3,” Richard Prince, Andy Warhol, Jean-Michel Basquiat, and Damien Hirst among others. With the artistic allusions of the video’s lyrics and presentation, the car easily makes the transition from pop culture icon to dual art object.

This entry was posted on Thursday, March 1st, 2012 at 4:10 pm and is filed under Art News. You can follow any responses to this entry through the RSS 2.0 feed. You can leave a response, or trackback from your own site.