Doha, Qatar: Takashi Murakami at the Museum of Islamic Art through June 24, 2012 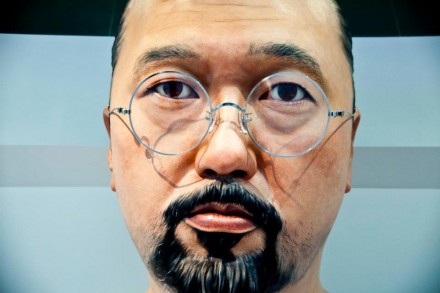 The Qatar Museums Authority (QMA) presents Murakami – Ego at the Museum of Islamic Art‘s detached Al Riwaq hall in Doha as Japanese artist Takashi Murakami‘s first solo show in the Middle East. Introducing Japanese contemporary art and animation style to a broader audience, the QMA has also published an illustrated catalog on Ego with commentary by Takashi Murakami, curator Massimiliano Gioni, and photo-documentation of the site. For Ego—referencing the retrospective’s psychological emphasis—Murakami designed sculptural pedestals, a 100-meter wall painting, and a digital animated circus tent to double as an indoor cinema. The retrospective features fifteen years’ worth of 60 works, most of which are on loan from both public and private international collections, although some art is new. Viewers entering the hall are greeted by an oversize inflatable self-portrait to personify the explained internal mindset. 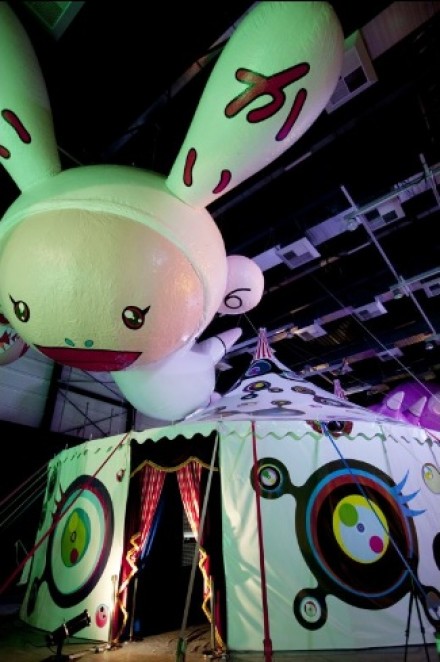 Murakami’s trademark ‘Superflat’ is evident throughout the showcase. Superflat style originated in 2000 with a thusly named exhibition, rooting contemporary works in historical Japanese art painting technique and compositions. Combining the sexual shunga of the Edo period and the yōga of Western-style Meiji period with anime and Pop elements of the modern day, the fusion takes on a phantasmagorical appeal. 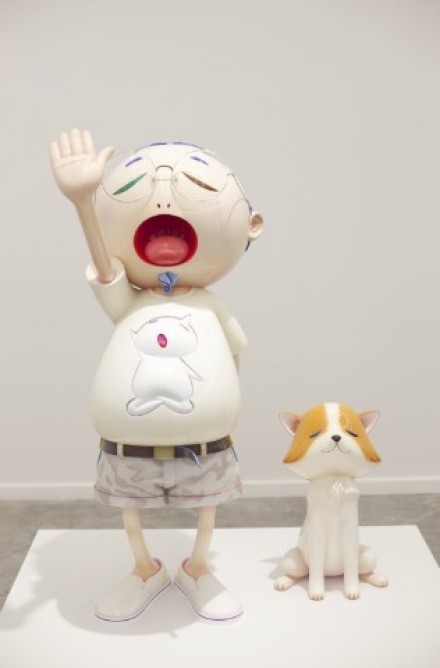 Newly created works support the egocentric showcase, including Pom and Me, (Pom being Murakami’s dog) and Kaikai kiki Lots of Faces. Kaikai kiki is the name of Murakami’s art collective in Japan. Named ‘the Hiropan factory’ when it was founded in 1996, the group supports both his own projects and emerging artists. Murakami is more than an artist in Japan; he is a curator, critic, and festival host for his GEISAI introduction of young artists. 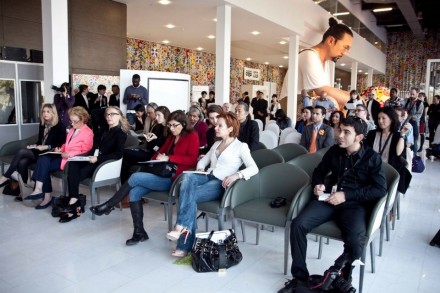 The design for the 337,000 square foot Museum of Islamic Art was completed by then-91-year-old I.M. Pei in 2008, previously known for designing the pyramid at the Musee du Louvre. When Pei commenced research on the Louvre pyramid, he doggedly studied building roots throughout Europe and North Africa. QMA director Sheika Al Mayassa, the Emir of Qatar’s daughter and the nation’s premier contemporary visionary, approved of Pei’s methodological passion on her mission to strengthen the Middle East. For the Museum of Islamic Art, Pei blended the modern and traditional motifs after a similar span of  research. 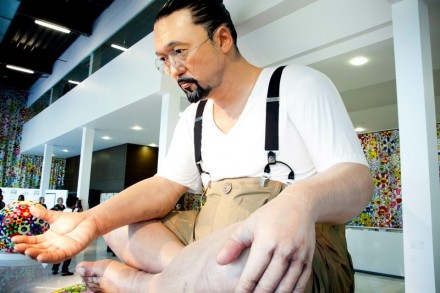 Sheika Al Mayassa told the New York Times upon museum completion that the nation’s upward mobility intends “to reconnect the historical threads that have been broken, and finding peaceful ways to resolve conflict.” Murakami himself is privy to the political message of peace in Qatar, attending the Ego opening in cohesion with the launch of this year’s celebration of diplomatic relations between Qatar and Japan, which have endured four decades. 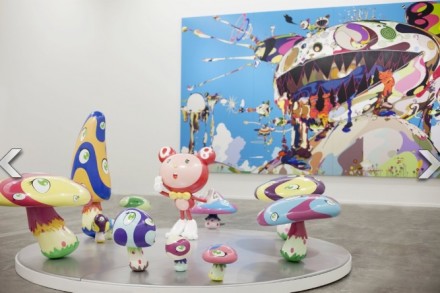 Qatari support has previously backed Murakami. According to The Art Newspaper, his 2010 showcase at the Palais de Versailles in France was sponsored by the nation’s €2.5 million. Murakami was chosen for the exhibition because he was considered a “high-media friendly” figure, which also resonates in terms of business. Paris is the home city of both art advisor Phillipe Segalot and Christie’s owner Francois Pinault. Segalot advises both Qatar and Pinault, all of whom support Murakami. Qatar reportedly placed a bid to buy Christie’s auction house in 2010, and recently publicized a purchase with the aid of Segalot of a $250 million Cézanne (see AO article), the most expensive purchase of a single work in history. The continuation after Murakami’s Paris exhibition goes along with Qatar’s recent French purchase and expansion. 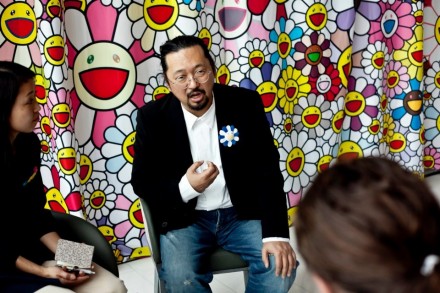 Murakami speaking at the press conference for Ego (2011), via QMA facebook 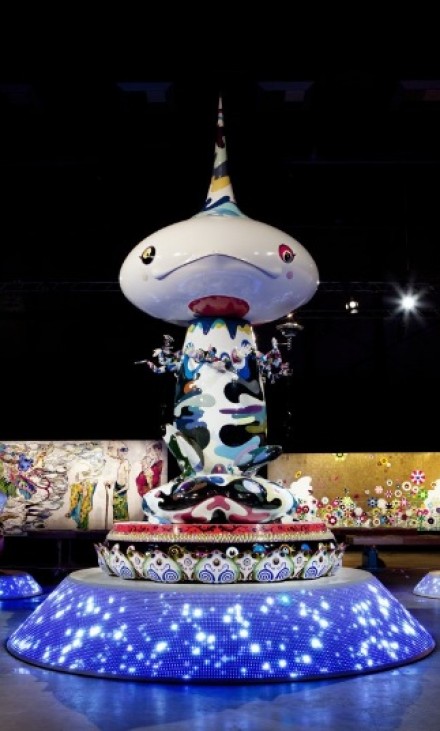 Murakami was born and educated in Tokyo, Japan. He received his BFA, MFA, and PhD in Nihonga painting from the Tokyo National University of Fine Arts and Music. His first major international exhibition was held at Galerie Emmanuel Perrotin 1995, and in consequent decades he has shown in Tokyo, Paris, Frankfurt, Boston, New York, Los Angeles, and Bilbao.

15 TCSG COLLEGES ON LIST OF FASTEST-GROWING TWO-YEAR COLLEGES IN THE NATION.

Enrollment at the 26 colleges of the Technical College System of Georgia (TCSG) has grown at a record pace over the last couple of years with the addition of tens of thousands of out-of-work and under-employed Georgians who are looking to learn new skills and retool for in-demand careers in today’s highly competitive job market.

The surge in student enrollment has earned fifteen TCSG colleges the distinction of being among the fastest-growing public two-year colleges in the nation. Community College Week Magazine, in its November 29, 2010 issue, used U.S. Department of Education data to analyze enrollment increases between fall 2008 and fall 2009 at 1,058 public two-year colleges. The magazine then broke the rankings down into four categories based on institutional size.

It’s a strong statement that more than half of Georgia’s technical colleges were ranked among the nation’s fastest growing public two-year colleges. It reflects the increasingly important role that the TCSG has in the futures of nearly 200,000 Georgians who will attend our colleges this year and the many more who will follow. Our TCSG colleges are devoted to ensuring that their graduates are equipped with the skills and knowledge that will make them a vital part of our state’s 21st Century workforce,” said TCSG Commissioner Ron Jackson.

Jackson added that cost and quality are reasons why the demand for a TCSG education should remain strong. “The TCSG colleges will continue to grow and serve record numbers of students of every age, all taking advantage of affordable TCSG tuition, easy access to our campuses and great instructors who open the doors to a vast array of programs and world-class training. It’s college that works,” he said.

This entry was posted on Thursday, March 1st, 2012 at 12:01 am and is filed under Art News, Go See. You can follow any responses to this entry through the RSS 2.0 feed. You can leave a response, or trackback from your own site.