London: David Shrigley ‘Brain Activity’ at Hayward Gallery through May 13, 2012 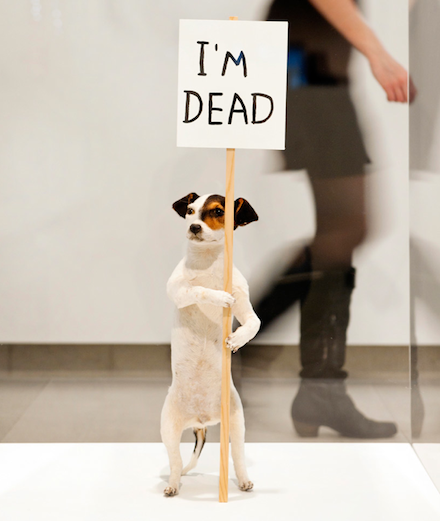 Brain Activity, David Shrigley‘s first survey show in London, brings together choice examples of his photography, sculpture, and drawings to highlight the artist’s humor and wit. While he was classically trained at the Glasgow School of Art, Shrigley’s characteristic style today is stripped down, sketchy and, to use his own word, “misshapen.” The exhibition is organized into four basic themes: death, misery, characters, and misshapen things.”The big themes are the ones that interest me, and the ones that have the potential to be the most comic,” Shrigley says of his work. “Making artwork is kind of one of the most fun things that one can do. It’s fun, I like it.” 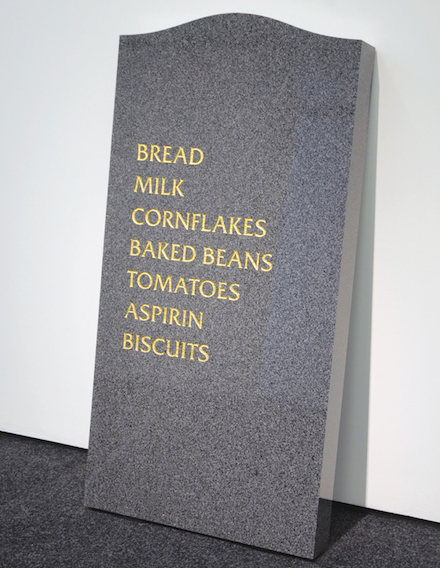 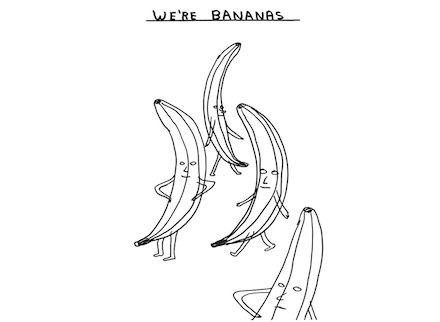 As demonstrated in I’m Dead and Gravestone—the self-aware taxidermied Jack Russell Terrier, and a shopping list on a gravestone—many of Shrigley’s pieces combine text and images irreverently. Adding to the show is the visual pun of his 2011 cartoon We’re Bananas, and his declaration of an actual river for sale with a hand-drawn sign in his aptly titled 1999 piece, River for Sale. 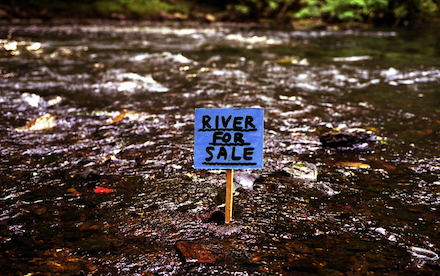 “Shrigley’s art can evoke disquietude and unease as well as hilarity,” states the exhibition’s description. “It takes special delight in the dismal realities of life—teeth riddled with decay, thwarted promises of urban renewal, and other human failings. Deciding whether or not to laugh at these darkly humorous artworks often presents something of a dilemma, which Shrigley refers to as a ‘moral conundrum.'” 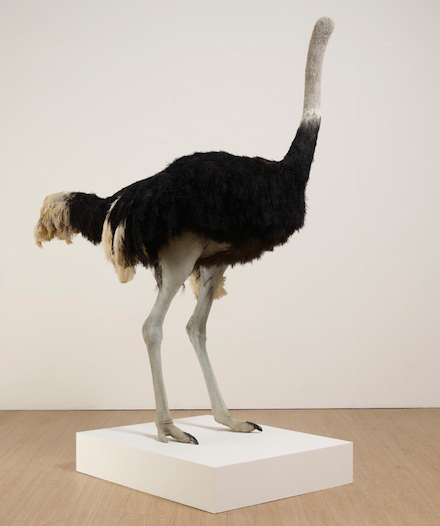 From a headless ostrich to a pumpkin-bodied Barbie doll, Shrigley’s work is populated by characters who are unusual and grotesque—and yet, there is something appealing and familiar about them. “Almost all of my characters are interchangeable,” Shrigley says. “They could be me, they could be you, they could be anybody.” The humor that Shrigley unearths from dark and unsettling subject matter is not so far beneath the surface, he seems to say. 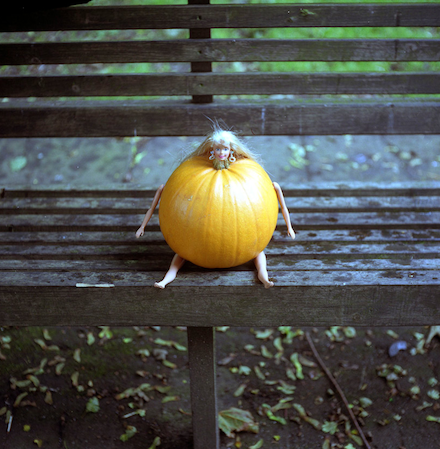 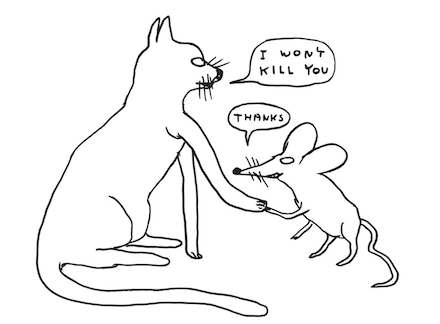 This entry was posted on Friday, March 2nd, 2012 at 12:23 am and is filed under Galleries, Go See. You can follow any responses to this entry through the RSS 2.0 feed. You can leave a response, or trackback from your own site.