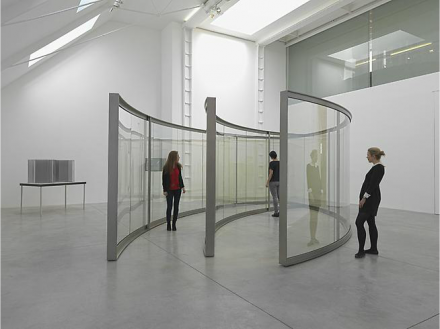 Equal parts graceful and subversive, the pavilion structures of Dan Graham consistently toy with the manufacture and perception of space. Using a combination of mirrors and glass to blur the ideas of internal and external space, Graham invites viewers to participate fully in the physical framework of his pieces while still remaining partially anchored as spectators to their relations with its space. This dichotomy is readily seen in a series of new pavilion structures currently on view at the Lisson Gallery in London. 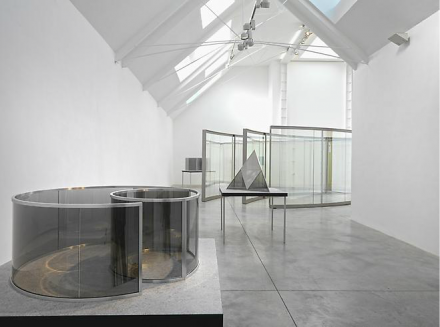 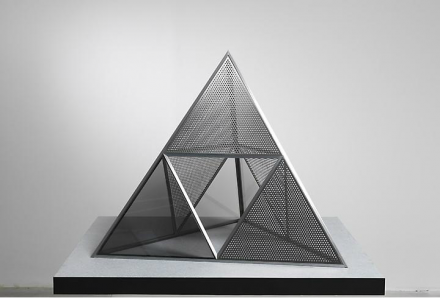 Employing his signature curving lines and two-way mirrors, Graham creates smoothly curving sets of walls, winding into and alongside each other, creating complex, multi-faceted light reflections that play with the viewer’s vantage point and perspective. In certain spaces, viewers are able to both view their own reflection and the image of those in other parts of the pavilion; funhouse-style visual obfuscations playfully challenge their notions of space and position. 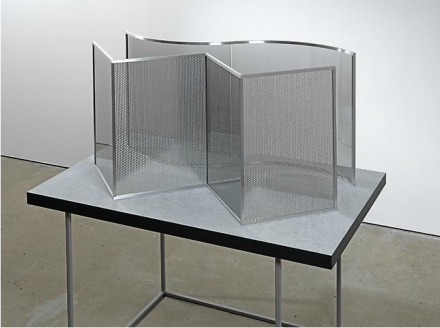 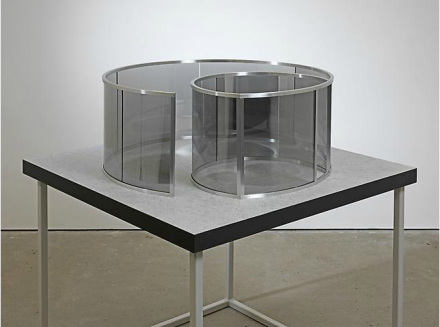 The exhibition also features a number of smaller sculptures and pavilions in miniature, offering viewers a top-down, near-omniscient viewpoint into works typically experienced through total immersion within their high walls. Changing the perspective yet again, Graham perhaps lends the viewer his eyes, tracing the lines and pathways he sends viewers along. 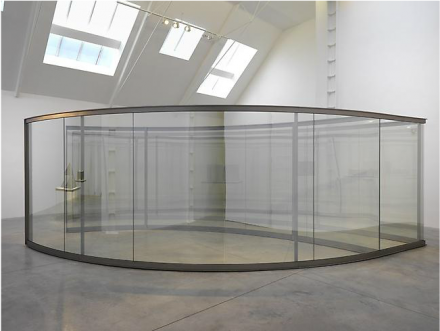 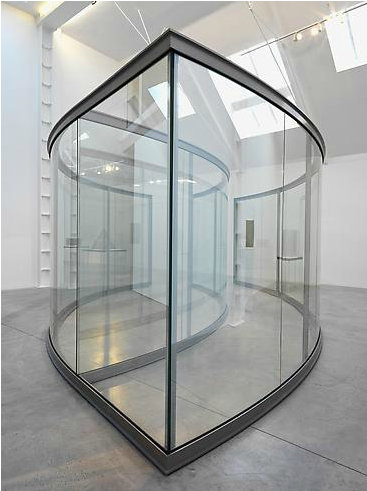 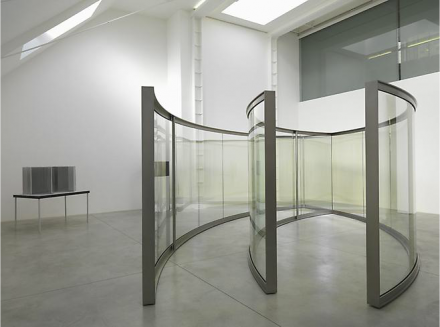 This entry was posted on Saturday, April 21st, 2012 at 10:07 am and is filed under Art News, Go See. You can follow any responses to this entry through the RSS 2.0 feed. You can leave a response, or trackback from your own site.