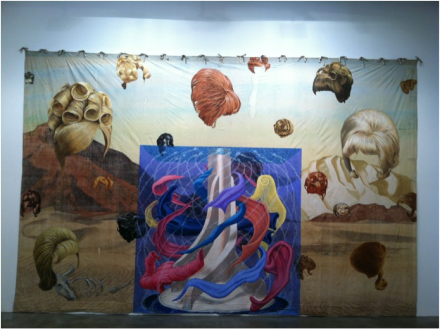 Jim Shaw, The Rinse Cycle (2012). All photos on site for Art Observed by Ilhan Kim.

Jim Shaw’s oeuvre maximizes a medley of mediums straddling low art found in a church’s Christmas bazaar to high art befitting a gem gallery. Shaw’s latest exhibition at Metro Pictures continues his tradition of weaving together disparate motifs to create textured compositions with multiple references to American history and a wild reimagining of world religions and mythology. The installation showcases various elements of a narrative trajectory in which two petty thieves, on the run from FBI agents in pursuit, trespass into the fictional Museum of Oist History in Omaha and don wigs that cloak them invisible and deport them to the ancient birthplace of O, the founding deity of Oism. 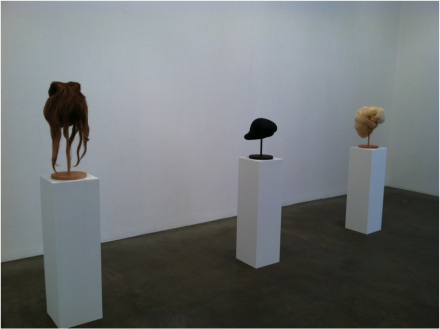 Inspired by 1970s album art and surrealist paintings by Max Ernst, The Rinse Cycle (2012) features over-sized beehive hairdos suspended mid-air above an arid terrain as they circle around a cross-section of a full washing machine in centripetal motion. Acrylic on muslin—the muslin a found theater backdrop—the work is the second part of a four-part progressive rock opera. 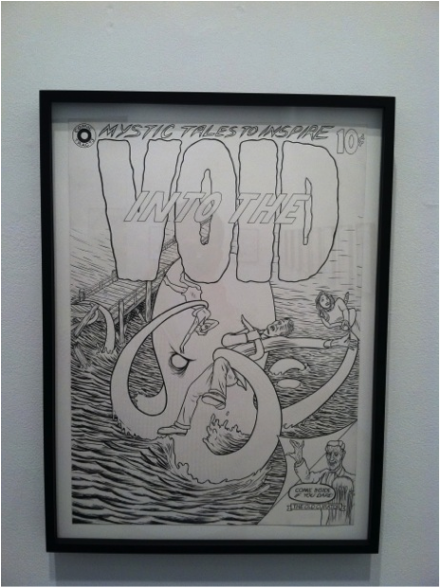 The remaining pieces in the installation include comic book drawings, pop-art appropriations and watercolor paintings. The latter forms a subgroup of lewd, perverse, yet grotesquely amusing portraits of sexual mischief, exhibitionism, bestiality, and kink. Collectively, the drawings, sculptures, and paintings create a panoramic yet esoteric study of American mainstream culture as well as its fringe anarchic eccentricities. 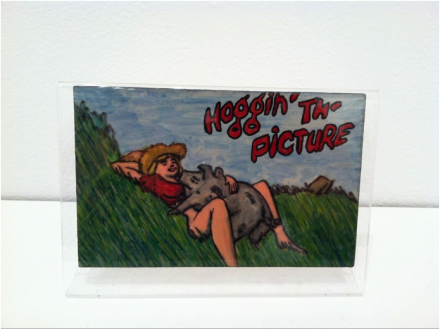 Last fall, Shaw also published My Mirage, an encyclopedic compilation of nearly 170 prints, photos, paintings, drawings, and sculptures that he produced between 1986 and 1991 under the same umbrella name. When Dan Nadel of The Comics Journal remarked that his work is sans high/low distinctions, Shaw responded, “I’m fine with all sides of the culture. At the opening of the Kustom Kulture show there was a guy in a Big Daddy Roth outfit who would occasionally blast an ‘a-ooga’ type car horn, and it really did unsettle the high art types he was so obviously suspicious of, which is actually quite hard to do as our culture can coopt and absorb all kinds of rebellious activity.” 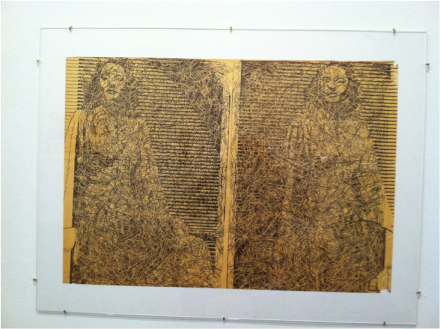 Jim Shaw received his B.F.A. from University of Michigan at Ann Arbor in 1974 and his M.F.A. from the California Institute of the Arts in 1978. Shaw was born in 1952 in Midland, Michigan, and currently lives and works in Los Angeles. 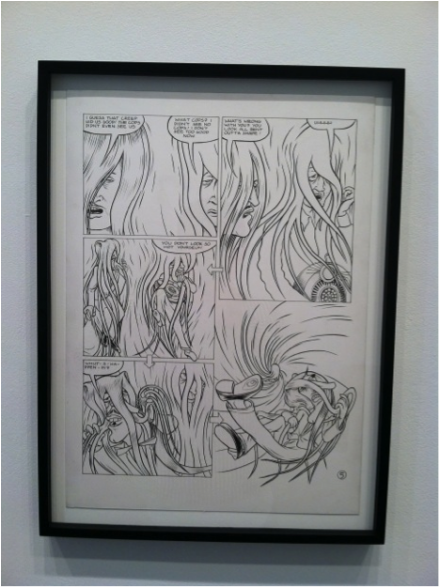 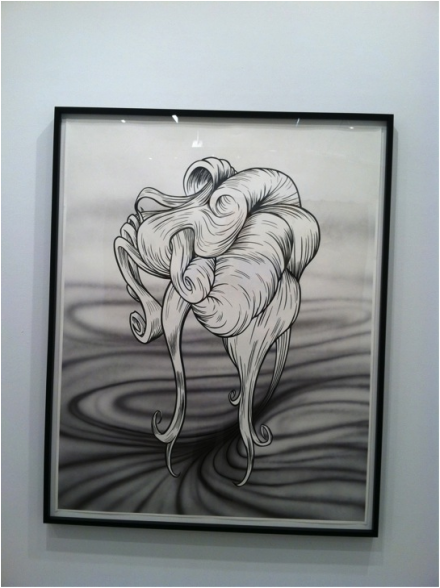 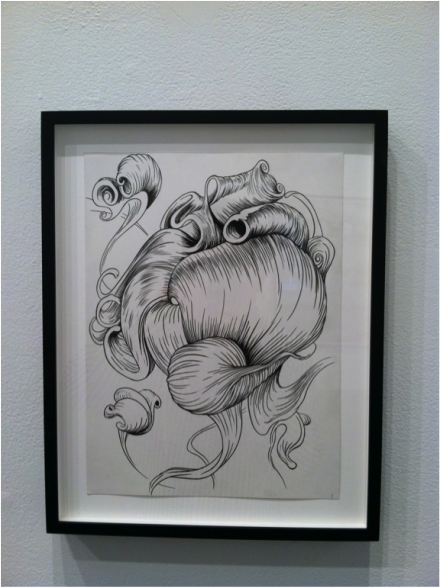 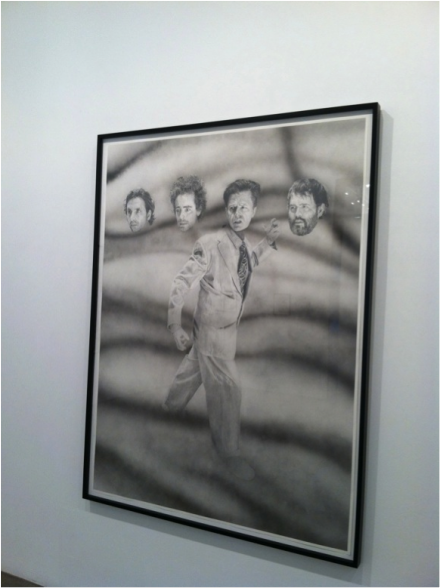 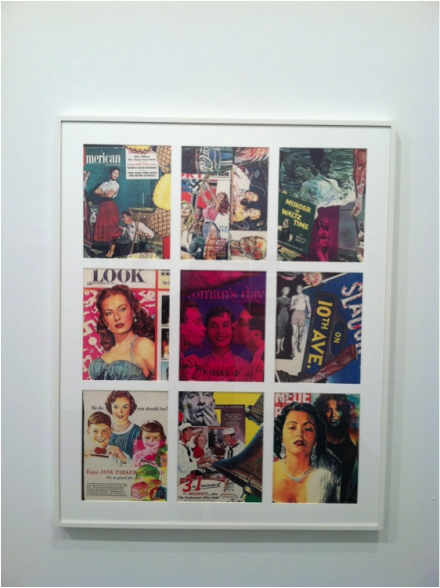 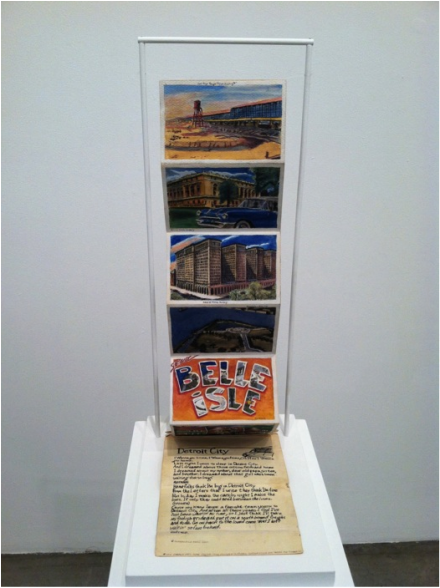 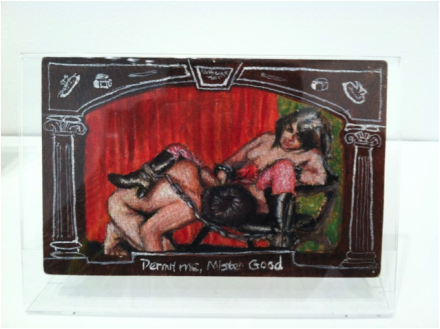 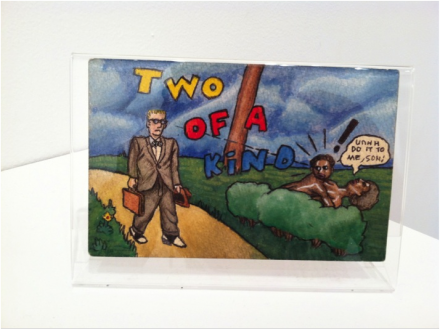 This entry was posted on Tuesday, April 17th, 2012 at 6:00 pm and is filed under AO On Site, Go See. You can follow any responses to this entry through the RSS 2.0 feed. You can leave a response, or trackback from your own site.