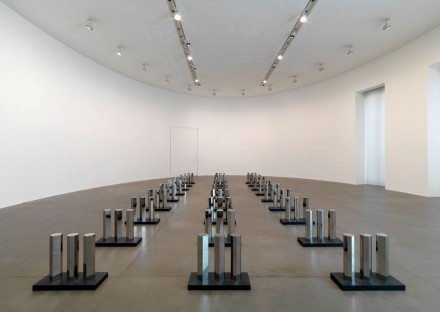 Influential American sculptor Walter De Maria is currently exhibiting part of his 5-7-9 Series at the Gagosian Gallery in Rome. De Maria has been involved with numerous historical art movements, including Minimalism, Land Art, and Conceptual Art, and the present exhibition represents a chance to view De Maria’s contribution to some of these. The 5-7-9 Series is one of three large-scale, multi-part installation sculptures. The current Rome exhibition is edition 2 of 2; the first being on permanent view at Berlin’s Gemäldegalerie. This series is preceded by The 4-6-8 Series (1966) and followed by Time/Timeless/No Time (2004). 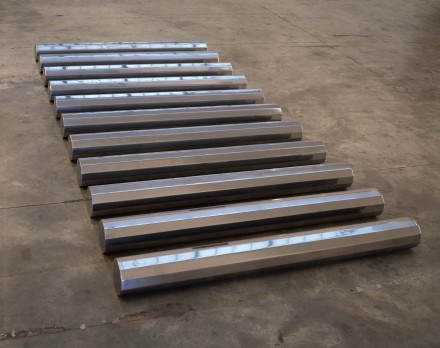 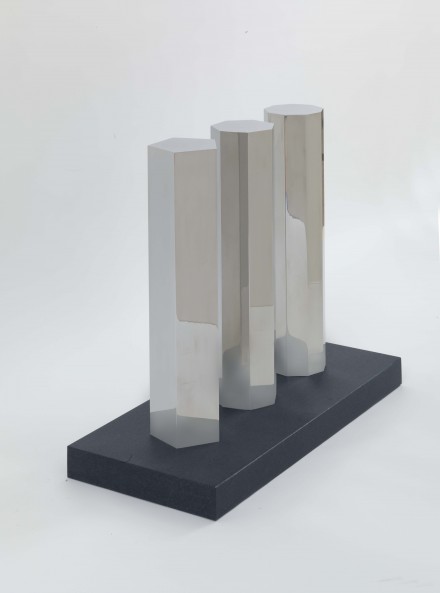 Each of these series is made of three vertical, stainless steel rods attached to a horizontal base. Each rod has five, seven, or nine sides, and can be placed in any of twenty-seven unique positions. The site determines how the sculptures are exhibited, and for the Rome show their arrangement complements the oval shape of the gallery, with a display of three rows of nine works. De Maria is well-known for his use of stainless steel rods; Bed of Spikes (1968–69) is an early example. But perhaps he is more known for the outdoor installation, The Lightning Field (1977), which consisted of four hundred stainless steel rods set in the austere New Mexican landscape. A large photograph can be seen at the exhibition of the piece, reminding the viewer of the power of simplicity. 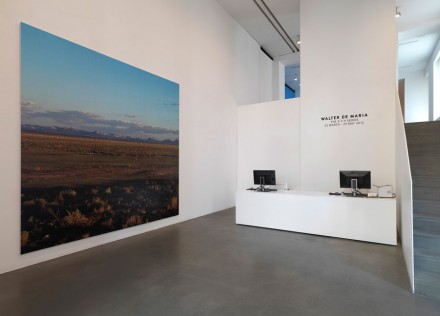 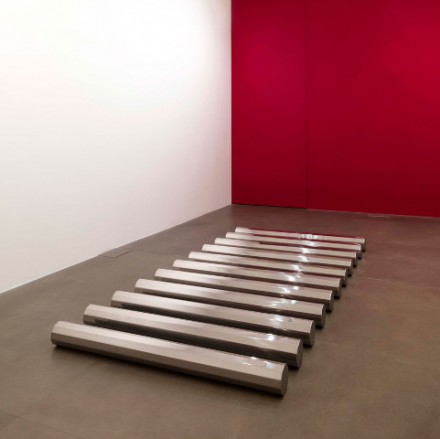 There are also two stainless steel floor sculptures: Large Rod Series: Circle/Rectangle 11 (1986) and 13-Sided Open Polygon; again, both are multi-sided. The former work is displayed in a rectangular pattern, but could also also be displayed in a circular pattern—hence the title. The polygonal piece comes from a series of floor sculptures whose form ranges from five to seventeen sides, and were made by De Maria between 1973 and 1984. These pieces could be positioned in different shapes, showing the freedom of architectural sculpture. De Maria’s art emphasizes the combination of order, such as geometrical patterns, with randomness, such as the ability of a piece to be positioned in numerous ways. 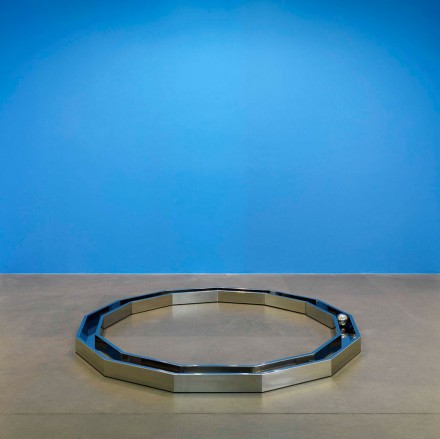 This entry was posted on Friday, April 13th, 2012 at 4:24 am and is filed under Art News. You can follow any responses to this entry through the RSS 2.0 feed. You can leave a response, or trackback from your own site.