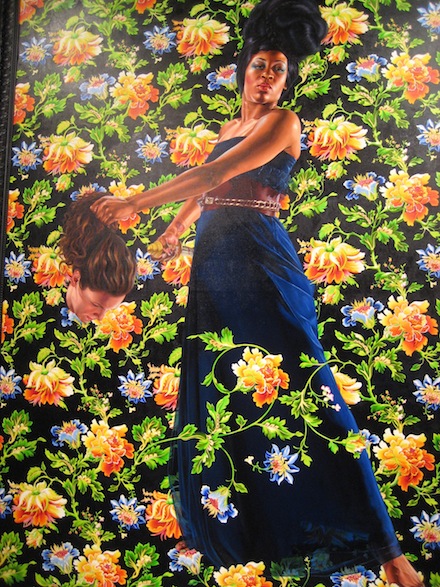 For his debut exhibition at Sean Kelly Gallery, Kehinde Wiley embarks upon new territory: women. Titled An Economy of Grace, the series depicts African-American women selected straight from the streets of New York City. Wiley poses his subjects to mimic portraits of 18th and 19th Century society women by artists such as Jacques Louis David, Thomas Gainsborough and John Singer Sargent. Set against Wiley’s signature bold, decorative backgrounds, these women exude power and elegance—they refuse to be ignored. Reflecting on his decision to portray females, Wiley states, “I am painting women in order to come to terms with the depictions of gender within the context of art history.” 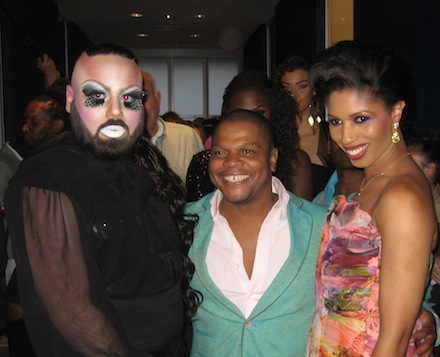 Kehinde Wiley (center) at the opening of ‘An Economy of Grace’ at Sean Kelly Gallery, May 5, 2012 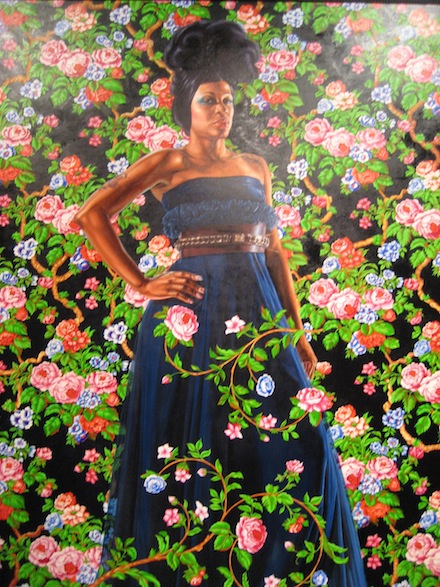 ‘An Economy’ emerged out of collaboration, as does most of Wiley’s work. The artist’s earlier portraits of Black men from his ‘World Stage’ and hip hop series have elevated the status of global street style by representing subjects outfitted in their own clothing. Yet here Wiley commissioned Riccard Tisci, the Creative Director of the French couturier Givenchy, to design and fabricate gowns for his female sitters. Together Wiley and Tisci roamed the Louvre’s expansive galleries discussing the conceptual context for the series—society’s ideals of feminine beauty as seen through historical European portraiture. At the Louvre Wiley identified key works from the western art historical canon in which to insert his women. A documentary project, produced by Remy Martin® and directed by award-winning filmmaker Jeff Dupre is being produced to offer insight into Wiley’s artistic process and highlight the collaboration between the artist and Tisci. 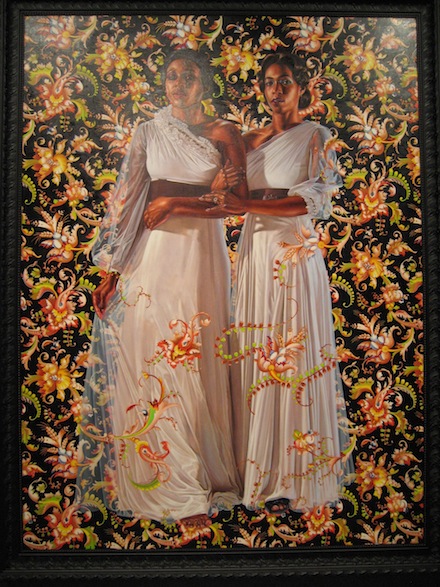 Perhaps compelled to rectify the marginalization of black women to stereotypical roles throughout art history, Wiley celebrates his subjects by placing them in positions of authority and strength. ‘An Economy’ furthers Wiley’s investigations into the negotiations of power in image making. The “economy” in this new photorealistic series of portraits refers to the ways in which we have traditionally manufactured and valued grace and honor. Just as the original Juliette Recamier in David’s 1800 portrait would have commissioned a couture gown for her sitting with the famous artist of the Revolution, Wiley clothes his subjects in custom attire by one of the world’s most esteemed fashion houses. By seizing this privilege for the once invisible black female figure, Wiley trivializes the historical guidelines for grace and beauty by revealing their place in the cycle of consumption. The aristocratic importance of Wiley’s sitters, however, cannot be bought. 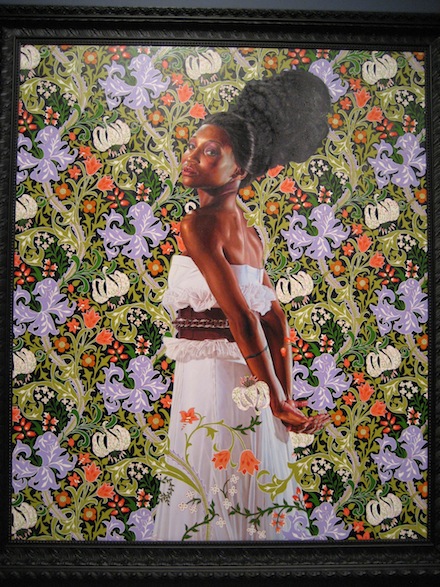 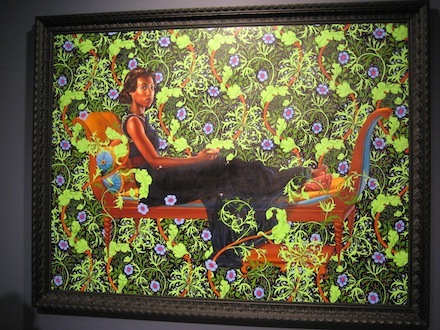 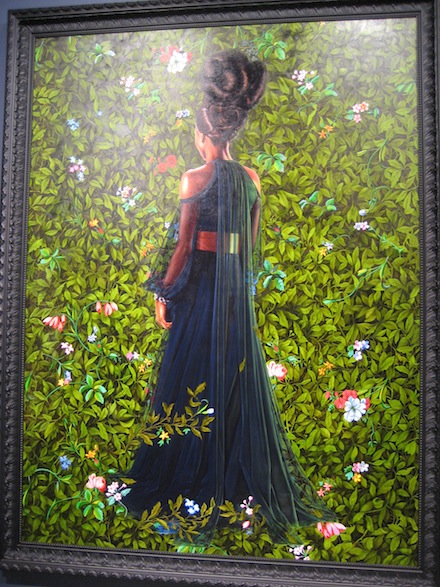 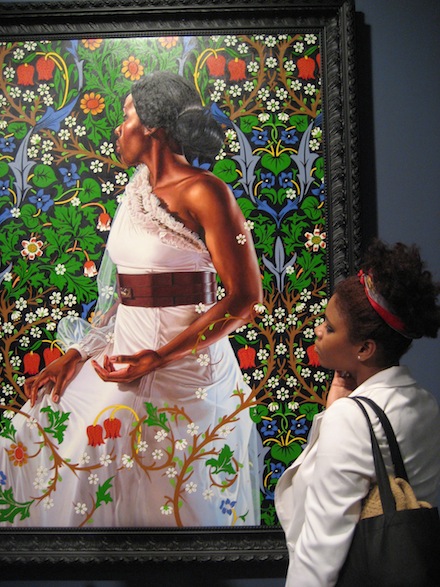 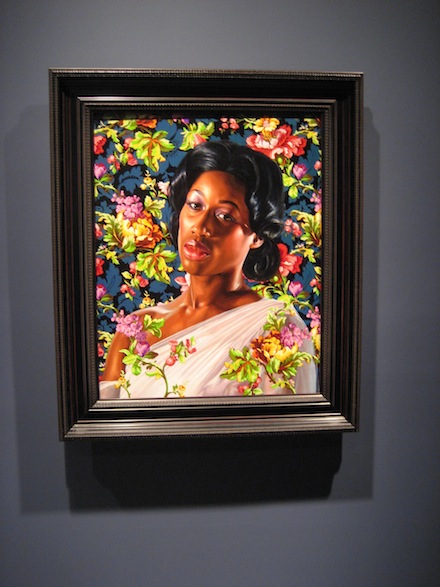 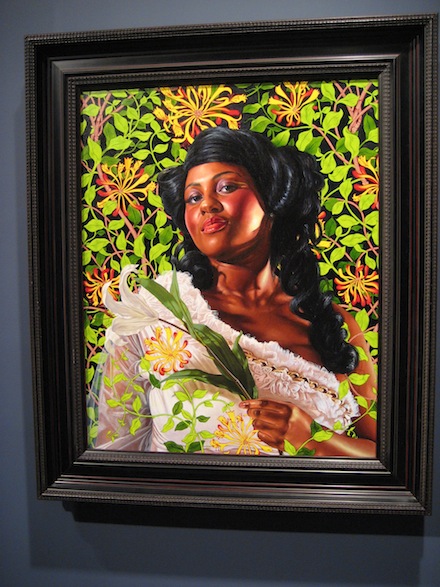 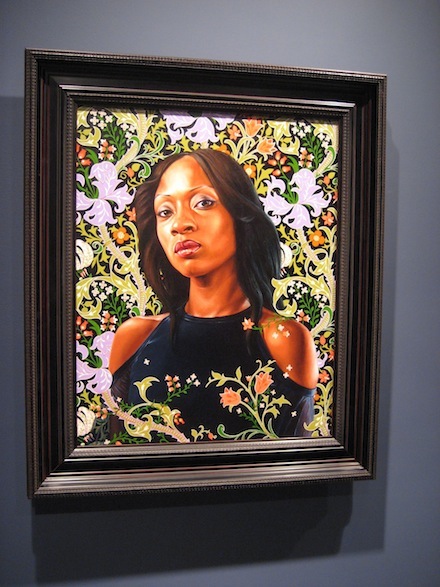 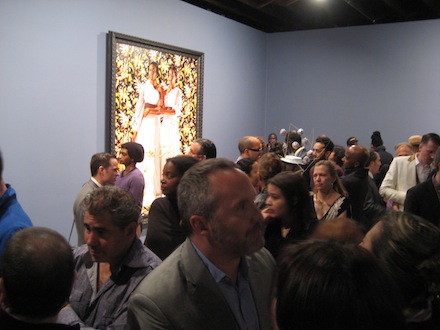 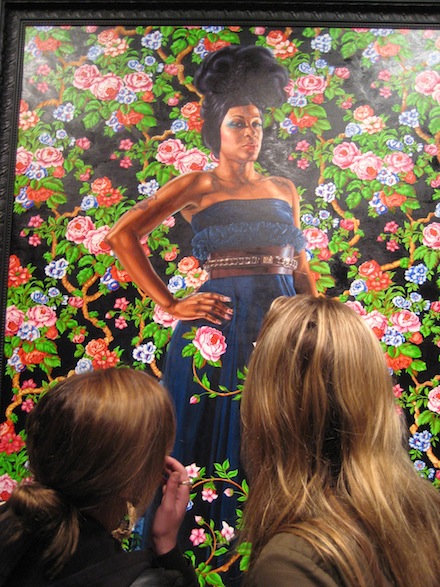 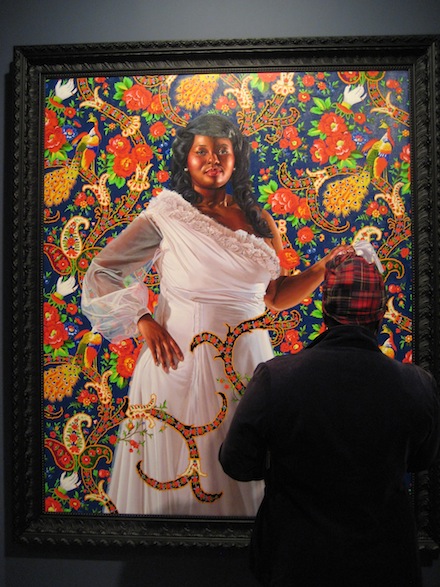 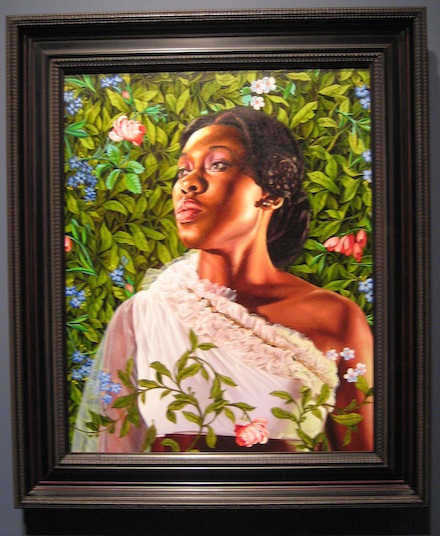 This entry was posted on Tuesday, May 22nd, 2012 at 2:55 am and is filed under AO On Site, Art News. You can follow any responses to this entry through the RSS 2.0 feed. You can leave a response, or trackback from your own site.