Los Angeles: Kenny Scharf ‘Hodgepodge’ at Honor Fraser through May 19, 2012 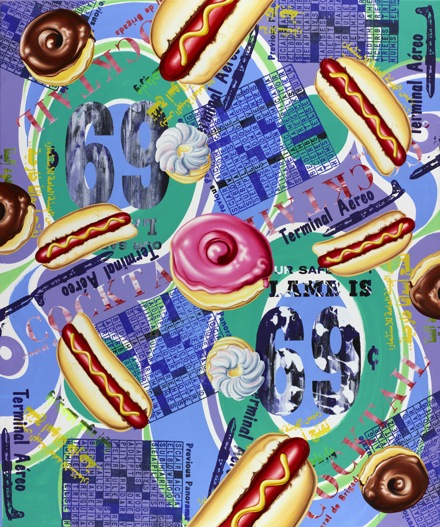 Hodgepodge aptly describes the nature of Kenny Scharf’s current solo exhibition, on view now at Honor Fraser.  Since the 1980s, Scharf has created realms of fantasy fueled by his fascination with television, nature, and outer space that are manifested in all of his work. Hodgepodge is thoroughly imbued with this funfair, while the critical undertones that are present in all of his paintings seep closer to the surface. 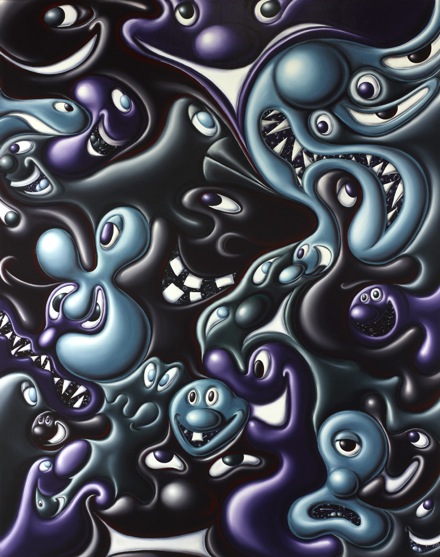 Scharf’s signature paintings of candy-coated cartoon figures, Jetsons and Flintstones characters, and floating doughnuts throb with Kool Aide colors and an eerily optimistic aura. Darker forms, however, appear in some of Scharf’s cartoon paintings, such as Blablobs, completely consumed by smiling black and blue globs, resembling the shiny surface of oil-stained water, an overt nod to recent oil spill catastrophes. 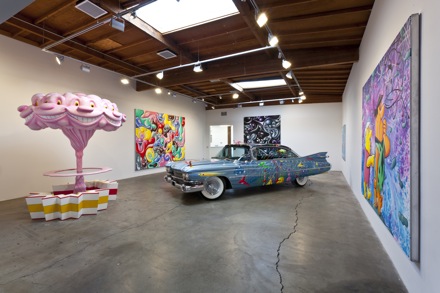 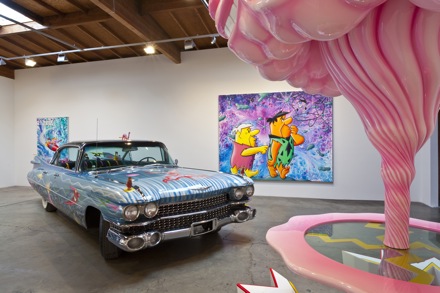 Scharf’s cartoons extend onto the surface of The New and Improved Ultima Suprema Deluxa, a 1959 customized Cadillac that that threatens to crash into Pikaboom, a plastic sculptural work that is a materialization of his paintings, mushroomed out over a circular table. 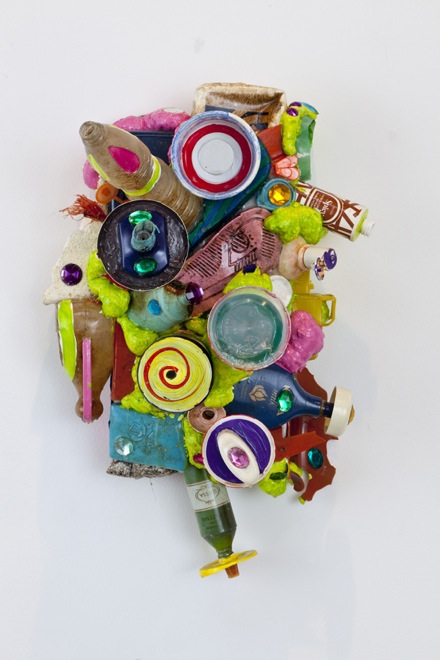 Amidst the fantasy are “lixo” sculptures comprised of trash (‘lixo’ is Portuguese for ‘trash’) found on the beach near his Brazil studio. The trash is clustered together, formed to fit into itself like the puzzle pieces of Scharf’s cartoon face paintings. These sculptures reel the viewer back to reality, a colorful reminder of the destruction of nature that quietly underlies much of Sharf’s work. 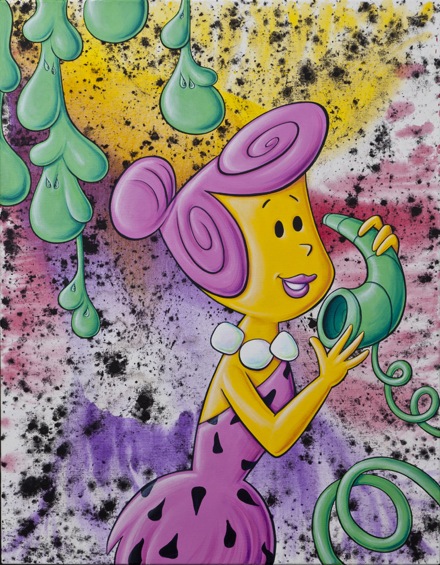 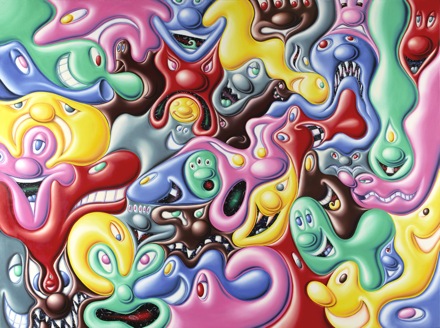 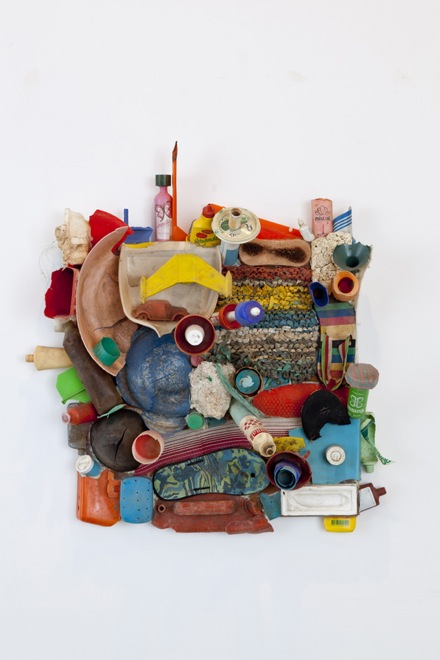 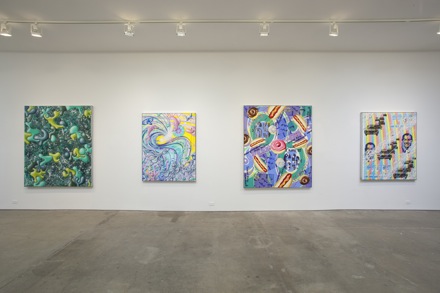 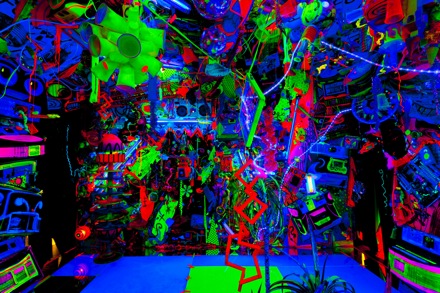 This entry was posted on Tuesday, May 15th, 2012 at 1:39 am and is filed under Art News, Go See. You can follow any responses to this entry through the RSS 2.0 feed. You can leave a response, or trackback from your own site.