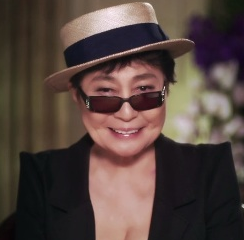 With a nod to her Fluxus roots, Yoko Ono released her new app, #smilefilm, which allows users to upload pictures of themselves smiling to Instagram and Twitter, in order to collect and map smiles from all over the world. Ono comments that “my ultimate goal in film-making is to make a film which includes a smiling face snap of every single human being in the world.”

Read the article via Hyperallergic

This entry was posted on Tuesday, June 26th, 2012 at 12:14 pm and is filed under Art News. You can follow any responses to this entry through the RSS 2.0 feed. You can leave a response, or trackback from your own site.