AO On Site – Los Angeles: James Franco at the Museum of Contemporary Art through June 23, 2012 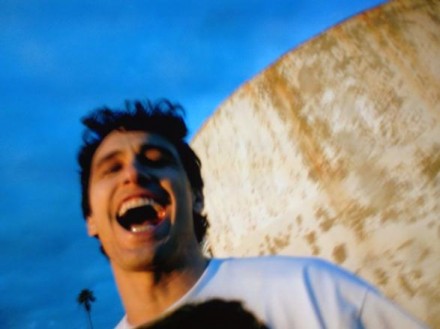 Hosted by the Museum of Contemporary Art but housed at an off-site location, James Franco’s current exhibition, Rebel, has garnered a lot of attention in Los Angeles for its play on the artist/actor’s own celebrity status. Bringing together Franco’s contemporary fame with Nicholas Ray’s masterpiece Rebel Without A Cause (1955), the exhibition explores the contours of a life lived in Hollywood. 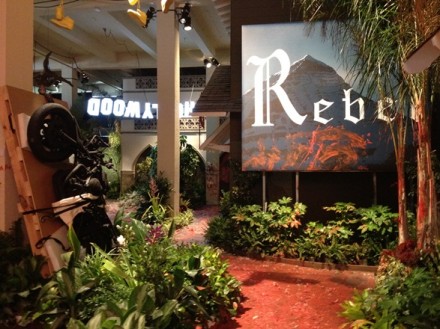 Having played James Dean in a 2001 TNT movie, James Franco became quite familiar with the life and history of the 1950s teen heartthrob; their shared first names, chiseled good looks, and wild side have often brought comparisons between the two actors. In some sense, Rebel is a tale of two James within the shifting frames of celebrity and changing Los Angeles cultural landscape. We would be hard-pressed, though, to consider Rebel as an exhibition of James Franco’s work. In fact, it might do us better to think of this as an exhibition that explores James Franco, the work—that is, James Franco as a Hollywood construction not unlike James Dean. 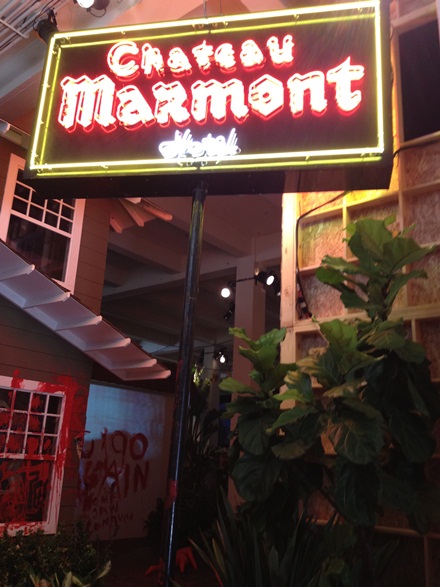 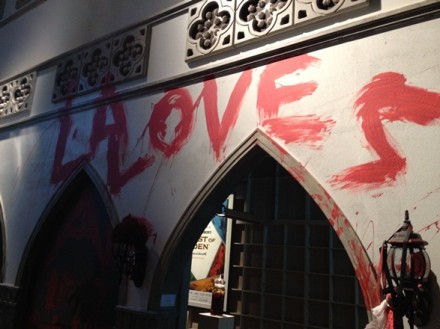 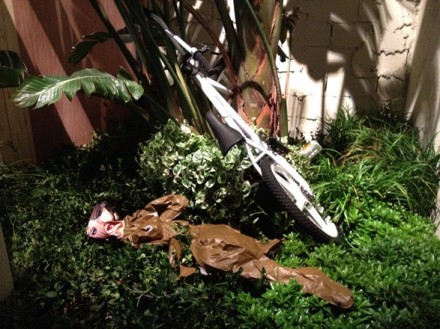 Including works from a cast of A-list artists, such as Douglas Gordon, Harmony Korine, Paul McCarthy, and Ed Ruscha, to name only a few, Rebel blurs the line between art production and curating, total art installation and film set, the author and the actor, the person and the myth. In Caput, for example, James Franco stars in Korine’s stylized and sexualized representation of gang warfare; in Paul and Damon McCarthy’s Highland Rebel Dabble Babble, Franco is one amongst several enacting the McCarthy’s absurd family drama. 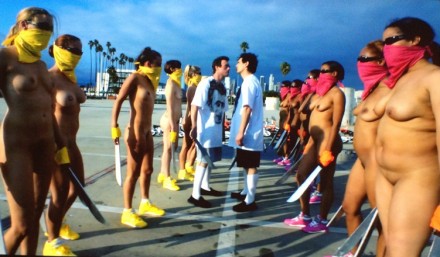 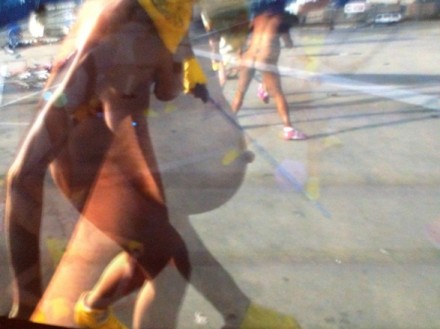 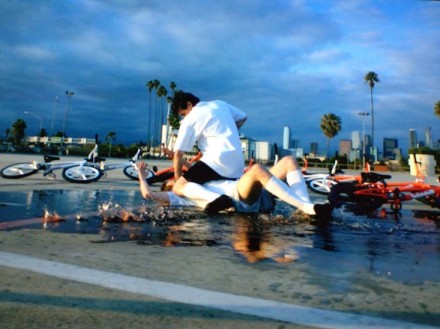 The line between author and actor becomes more complicated in other works like Terry Richardson’s suite of drag portraits of Franco. Recalling Marcel Duchamp’s now infamous images as Rrose Sélavy, Richardson’s gender-bending portraits of the actor are once his photography and Franco’s performance – though less so in works that do not include Franco’s authorial hand at all, like Ed Ruscha’s Rebel (2011) and Aaron Young’s 2 Bikes (2011). These works, instead, operate as grand props in Franco’s Chateau-Marmont-set-turned-total-art-work. 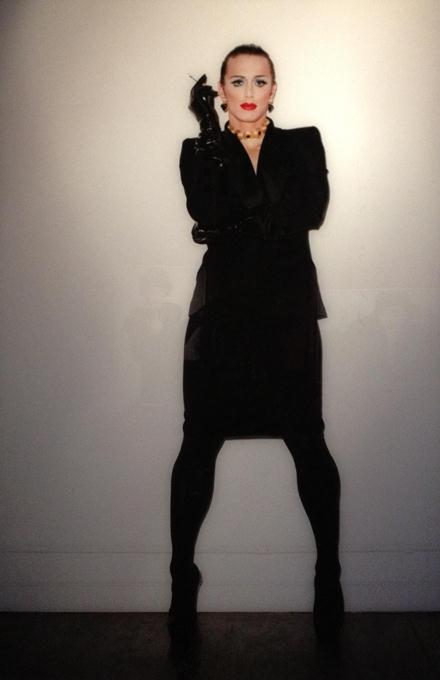 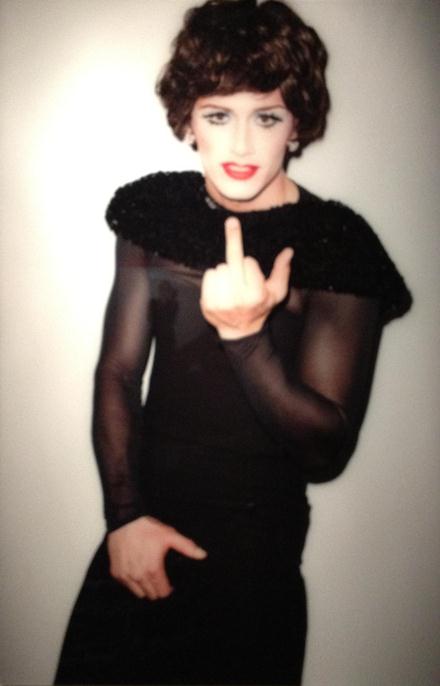 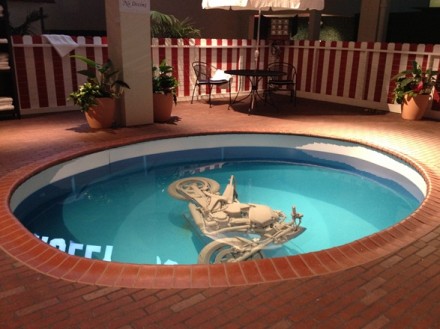 There are also a series of works produced by Franco himself, such as Brand Renfro Forever (2011), Bungalow 2 (2011), Cattle (2011), and the Death of Natalie Wood (2012). All videos, these works range from a kind of performance documentation (i.e. Franco’s getting a tattoo spelling out B-R-A-D in Brad Renfro Forever), to appropriated footage (the two-channel film, Cattle, which brings together recordings of cowboys working their fields with a hip soundtrack), to image pile-ups (such as in the Death of Natalie Wood where projection on top of project on top of monitors layer the images in an almost incomprehensible way). 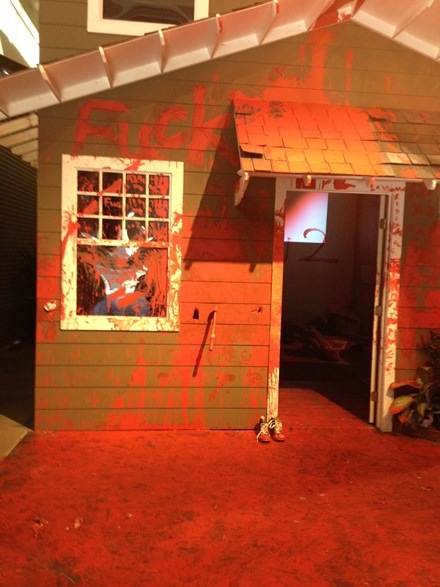 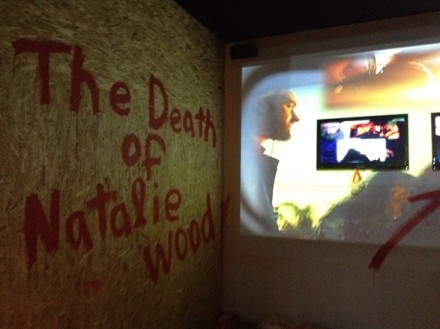 Reality TV has made us all too aware of the ways in which personas are formulated in front of the camera lens. Franco’s Rebel is a deconstruction of this phenomenon; what is perhaps most interesting in this exhibition, and maybe even in his practice, is his ability to simultaneously position to the art and Hollywood —worlds that can cause friction when they collide.

This entry was posted on Monday, June 11th, 2012 at 12:53 am and is filed under Art News. You can follow any responses to this entry through the RSS 2.0 feed. You can leave a response, or trackback from your own site.