AO on site – New York: Bruce(X)Ploitation Performance and Book Signing at The Hole Gallery, Thursday, May 31, 2012 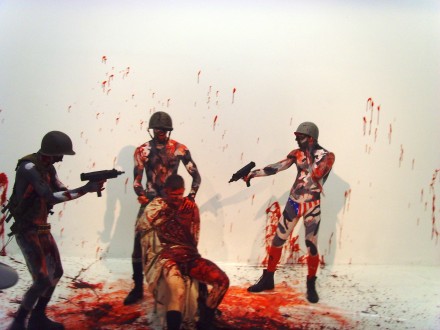 All photos by Lisa Marsova for Art Observed.

Canadian artist Bruce LaBruce has done extensive work in photography and film, with world premiers at such festivals as Sundance.  He is perhaps best known for his erotic zombie content as seen in his 2010 film L.A. Zombie and 2009 solo show “Untitled Hardcore Zombie Project”, which opened at Peres Projects in Los Angeles.  His most recent solo exhibit was “Obscenity” at Madrid’s La Fresh Gallery this past February.  Yesterday evening he showed both his print and live work at The Hole gallery in New York City.  His book signing for the new release of Bruce(X)ploitation was accompanied by a bloodied and fairly jarring performance piece, featuring the assault of a prisoner by two suited army men. 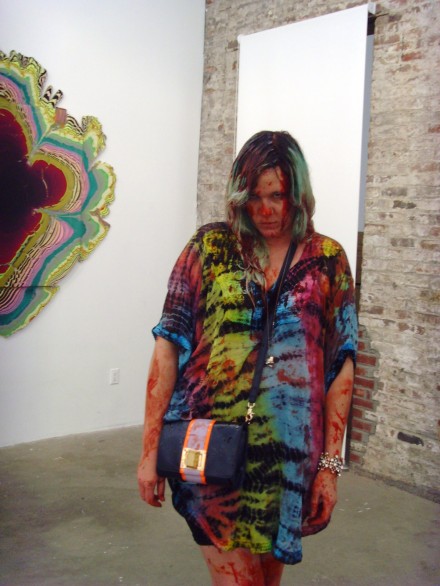 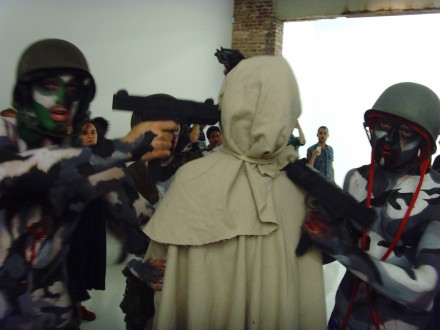 The piece began with the arrival of two men in camouflage wielding toy guns and parading their captive through the crowds of spectators.  They eventually neared their way towards a small stage set at the back of one of the gallery rooms featuring a single chair to which the prisoner was tied down.  As the theatrical torturing process began, another member of the production threw fake blood on the scene from off-stage. 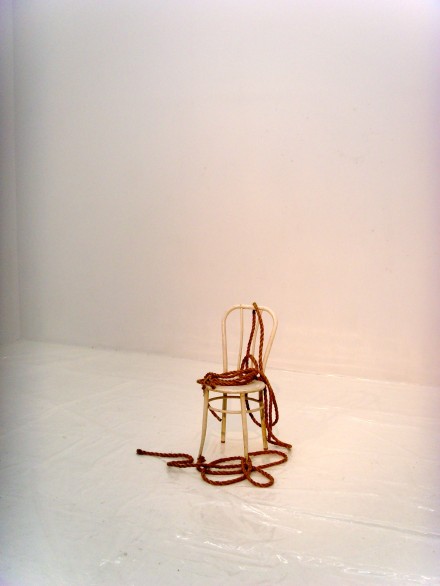 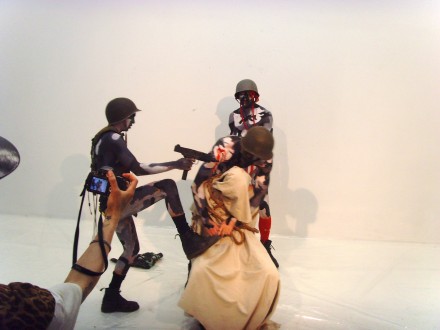 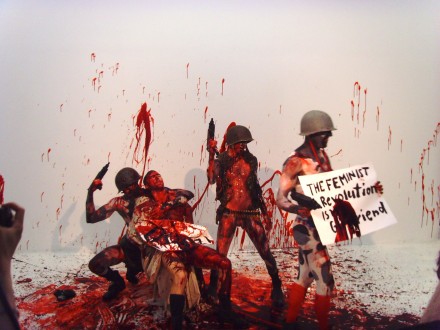 Audience interaction was encouraged and even the director of the The Hole gallery Kathy Grayson herself joined in on the performance.  Covered entirely in the faux blood mixture at the end, she commented on the artist, “Bruce is a legend, a visionary pervert…a very subtle artist even if gallons of fake blood don’t say subtle.” 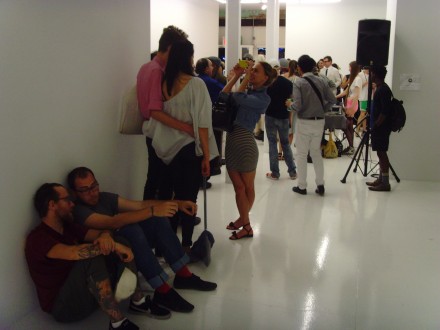 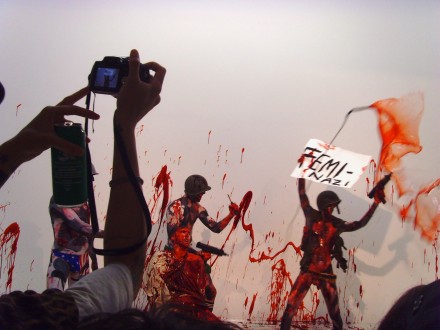 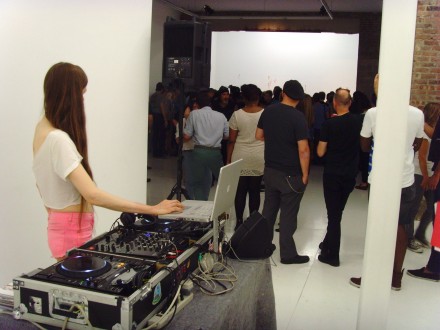 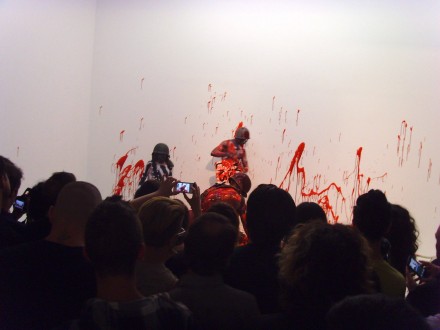 This performance was another in Bruce’s line of Polaroid work.  His latest book, promoted and available at the signing, Bruce(X)ploitation is a collection of unpublished Polaroid photographs.  Official press for the event can be found on The Hole website.
-L. Marsova
Related Links:
Exhibition Site [The Hole]
Artist Website [Bruce LaBruce]

This entry was posted on Friday, June 1st, 2012 at 11:29 am and is filed under AO On Site. You can follow any responses to this entry through the RSS 2.0 feed. You can leave a response, or trackback from your own site.

One Response to “AO on site – New York: Bruce(X)Ploitation Performance and Book Signing at The Hole Gallery, Thursday, May 31, 2012”