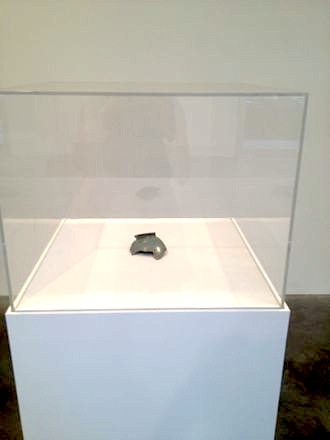 Brice Marden: New Paintings is currently on display at two of the Matthew Marks Gallery locations in the Chelsea district of New York.  502 West 22nd Street, the smaller of the two galleries, houses Ru Ware Project while the remainder of the New Paintings exhibition is being shown at the 526 address down the street. Both parts of the show were made as individual responses to two specific trips that Marden took overseas; one to China and the other to Greece. The aesthetic of the show epitomizes Marden’s interest in historical antiquities and how they relate to contemporary art, particularly abstraction. 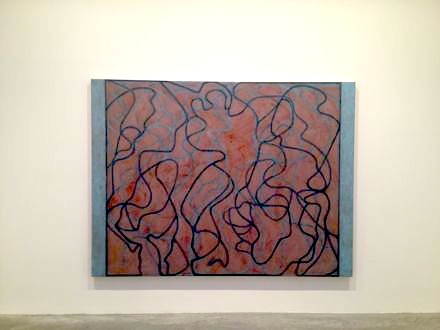 In the backroom of the gallery, Polke Letter, a large-scale oil on linen painting, is on display. The painting is a tribute to the German artist and peer of Marden: Sigmar Polke. Polke, like Marden, found inspiration in world history but was also known for his experimental work in both photography and painting.  Marden initially paid homage to Polke in 2010 with his Letter series; the debut of which coincided with Polke’s death. 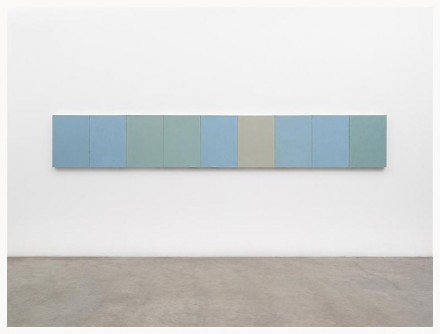 Ru Ware Project consists of a nine-panel painting inspired by Marden’s interest in Chinese art and pottery. The piece was started in 2007, following a trip to Taipei where he saw an exhibition of the ancient Chinese imperial ceramics known as Ru Ware. Ru Ware is regarded as one of the premier artistic achievements of Ancient China, with fewer than 80 of these antiquities currently intact. Ru Ware Project has a minimalist aesthetic with its series of monochromatic panels attached to each other in a horizontal line.  Each section represents a color typically used in the glazing of these 11th century ceramics; a specific range of delicate earthy blues and greens that Marden recalled and reproduced over a five-year period from memory. In the same room behind a glass case is a piece of an authentic Ru Ware pot from the Song Dynasty, which sets a visual precedent for the painting. 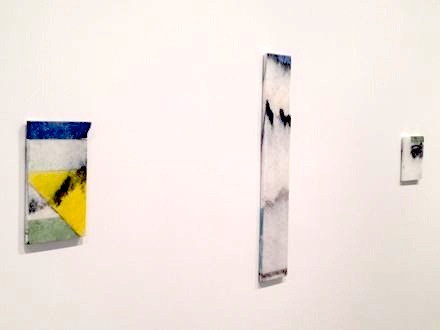 Fifteen oil on marble paintings comprise the section of the show held at the 526 location. Marden produced this body of work in 2011 while staying on Hydra, an island off the coast of Greece. Each slab of marble has a unique black and white granular pattern. While the strokes are primarily heavy, in certain pieces the paint is incorporated into the marble almost indiscernibly. The addition of oil and graphite to the stone in Joined is hard to distinguish from the naturally occurring mineral striations.  Conversely, Formal Marble, infused with blocks of primary colors, appears to be a more simple color field painting. These paintings stand in conversation with the artist’s earlier body of marble paintings made over a six-year period beginning in 1981. 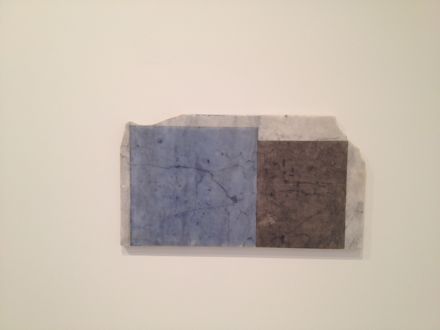 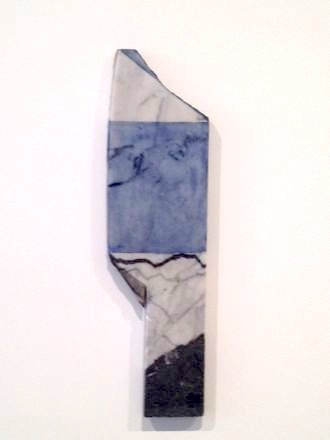 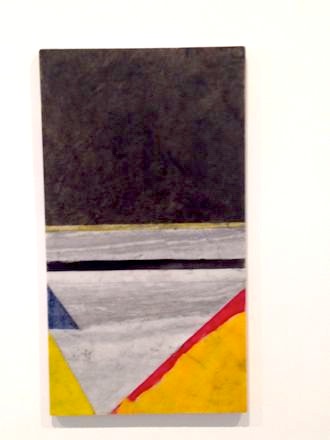 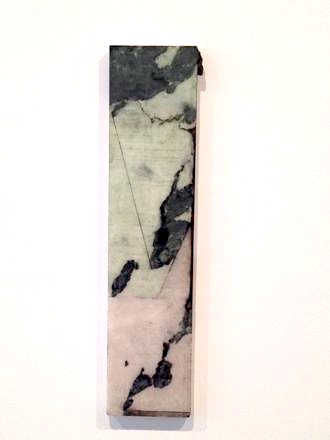 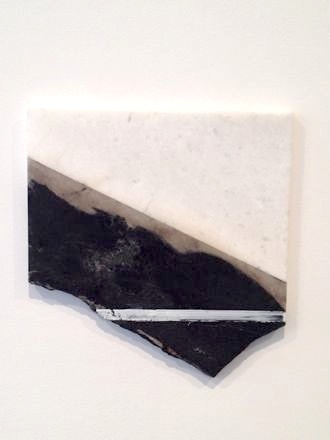 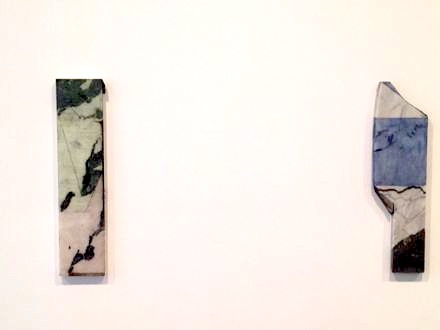 Brice Marden is a New York born and based artist. He earned his BFA from Boston University and his MFA from the Yale School of Art and Architecture. His work has been featured in many major museums and galleries including the Solomon R. Guggenheim Museum, Stedelijk Museum, and the Tate Gallery in London. In 2006 he participated in one of the Museum of Modern Art’s 2006 retrospective exhibitions. Marden is currently represented by the Matthew Marks Gallery.

This entry was posted on Wednesday, June 20th, 2012 at 2:04 pm and is filed under AO On Site. You can follow any responses to this entry through the RSS 2.0 feed. You can leave a response, or trackback from your own site.