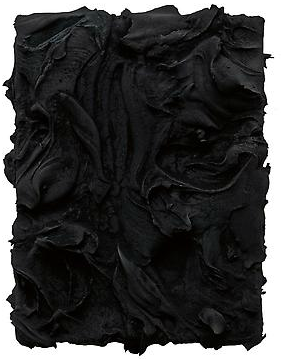 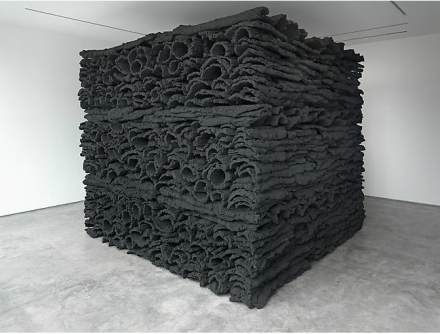 Martin’s paintings have always been sculptural, existing in a realm where painting and sculpture coincide. The creative process involves working basic sculptural medium until it is turbulent and dense, then applying vibrant hues of pure pigment to the wet surface, allowing the two mediums to fuse while drying.  The outcome are muscular and energetic works that ebb and twist beyond the panel, inviting the viewer to become entranced by the activation of the surface. 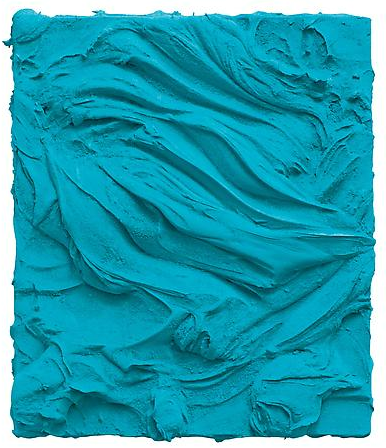 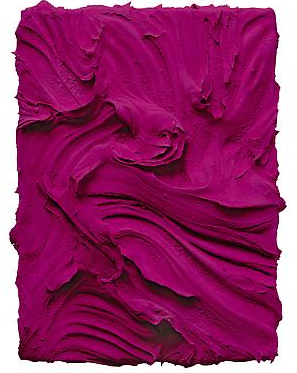 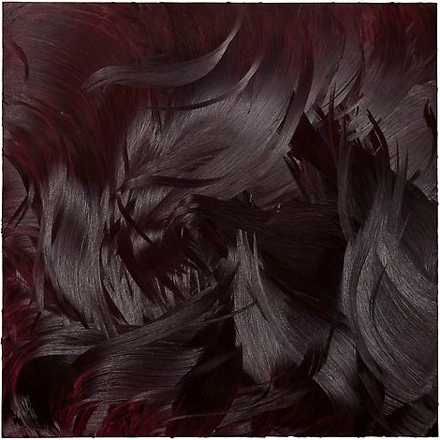 Among the visceral works of pure pigment hang a series of works cast in bronze, copper, and nickel. They are reflective and smooth, with violent gestures scoring the surface. Arrested in motion they are completely frozen, the gesture far more static than those of the surfaces of made of pigment. 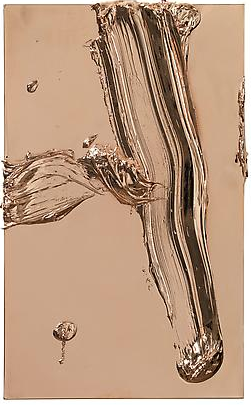 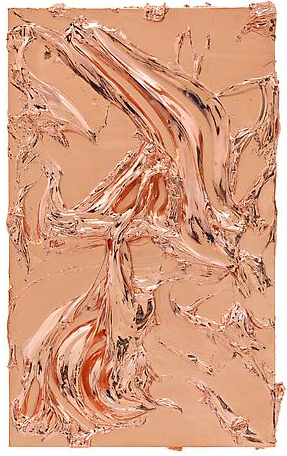 Martin’s large three-dimensional work, Behemoth is a monumental cube that is made up of layers of virgin cork coated in black pigment. Behemoth echoes the raw and organic nature of his paintings that surge from the wall, but upon encounter, it is physically imposing rather than inviting. Layers of textured earth and paint confront the viewer, forcing one to navigate the space under the command of its presence. 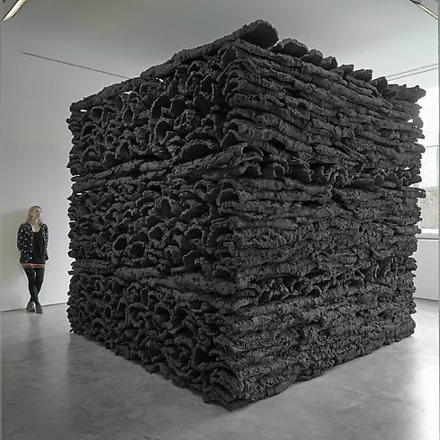 While Martin’s practice consistently reflects on materiality, Behemoth highlights a relationship with nature that is quietly inherent his work. The surface of each work is charged with a unique landscape that reference undulating bodies of water or turbulent planes of land. Martin’s process is violent and chaotic and at the same time affectionate and organic, alluding to humanity’s relationship with earth, that of destruction and repair. One can imagine that the pieces that comprise Behemoth were once a grove of trees charred black by flames, the remains placed with care into a perfect cube. In this light, the sculpture becomes a sort of memorial, a symbol of devotion that, in the tradition of his paintings, is simultaneously minimal and expressive.

This entry was posted on Friday, June 22nd, 2012 at 12:33 am and is filed under Art News. You can follow any responses to this entry through the RSS 2.0 feed. You can leave a response, or trackback from your own site.

One Response to “London: Jason Martin’s “Infinitive” at Lisson Gallery through June 23”