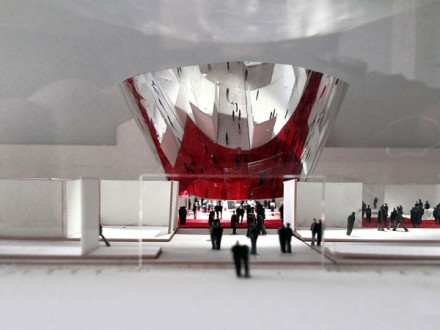 Image: Expo Chicago via The Chicagoist

Expo Chicago opens with a VIP vernissage tomorrow evening to benefit the Museum of Contemporary Art, Chicago. Many blue-chip New York galleries are participating this inaugural year, including big names like Matthew Marks, The Pace Gallery, Luhring Augustine and David Zwirner, as well as other international galleries like Yvon Lambert. In the Exposure section, younger galleries like DODGE gallery and Kate Werble will be exhibiting.

The fair is the brainchild of Tony Karman, a veteran of Chicago art fairs, including Art Chicago at the Merchandise Mart. The fair will be held at Navy Pier, where Art Chicago was held in the 1980s and 90s. The idea is to reach collectors in major U.S. cities apart from New York and Los Angeles such as Tulsa, Kansas City, St. Louis, Minneapolis, Cleveland, Dallas and Houston. 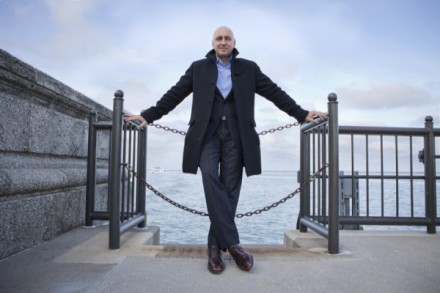 The four-day event will feature 100 selectively-chosen galleries, exhibiting both modern and contemporary art and design in larger, more spacious booths.

Several events are planned surrounding the fair, such as tours of some of Chicago’s most prominent private collections, curator-led tours of public exhibitions and studio visits with Chicago’s top local artists. Chicago native Theaster Gates, who is represented in Chicago by exhibitor Kavi Gupta, slated to participate in a project at the fair. Gates’s work is currently included in dOCUMENTA (13) and is the subject of a solo show at White Cube.

The caliber of galleries, special events, chef selection and the modifications to the booths will add up to a succesful fair, Karman is betting. “The litmus test is the quality of our exhibitors,” Karman said. “That’s the draw.”

This entry was posted on Tuesday, September 18th, 2012 at 6:26 pm and is filed under Art Fair, Art News, Go See. You can follow any responses to this entry through the RSS 2.0 feed. You can leave a response, or trackback from your own site.