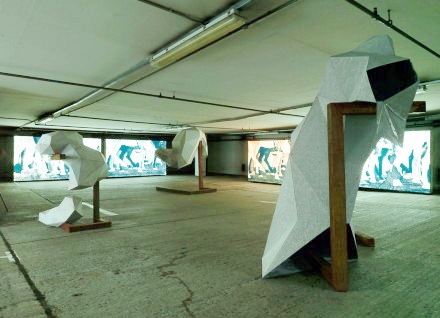 Back in 2003 in Frieze’s first year, no major international art fair had ever been hosted in London before. Frieze Art Fair, organized by Matthew Slotover and Amanda Sharp, has helped take London from being a city without a focused art scene to its current state at the center of the European art market. Now in its tenth year, Frieze Art Fair in London’s Regent’s Park has seen around 60,000 visitors, with 264 dealers from 35 countries hoping to sell work (valuing an estimated  £230m) created by more than 2,400 artists within 175 of the world’s leading galleries. 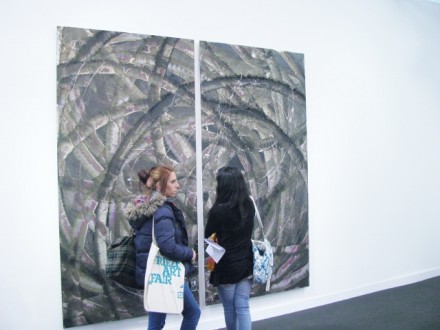 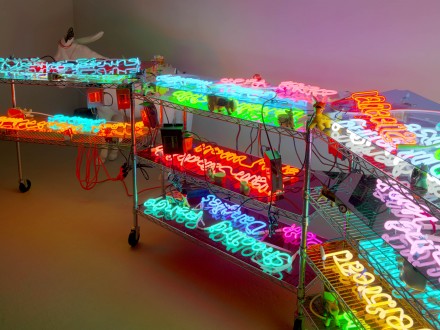 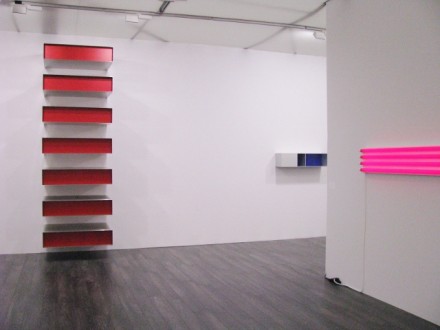 This year, the activity has expanded outside the main tent. The biggest addition to Frieze – nearly overshadowing the main fair – is the introduction of a sibling-fair happening simultaneously: just a 10-minute walk to the opposite end of Regent’s Park, Frieze Masters is a second (less boisterous and eccentric – more intimate, hushed and exquisite) tent with 101 stands, 22 of which are solo presentations by singular artists, with art ranging from the late 13th century to 2000.

Notable works at Frieze Masters included “A Vanitas,” a human skull sitting on top of a tome, sculpted from 17th century Italian marble priced at £350,000 at Daniel Katz and Poussin’s “Apollo and Daphne” (ca. 1620), rediscovered by Louvre curator Pierre Rosenberg  in the 1990s, priced at $1.75 million. 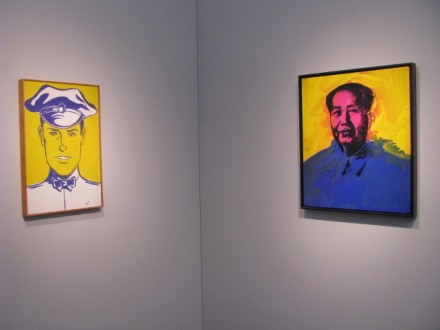 Buyers at the Frieze Masters have tended to be liberal in spending but conservative in choices, quick to buy (Rupert Wace, dealing in ancient Egyptian and classical art, who was selling megalithic axeheads sold four works in the first 36 minutes of the VIP hour), but leaning towards name brands and easily recognizable value. For lesser-known artists, the outcome has been on the disappointing end. 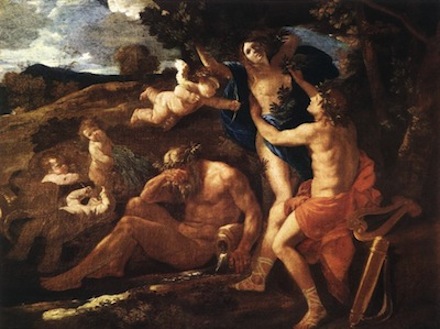 Hauser & Wirth (among others) had booths at both fairs. At Frieze Masters, the gallery dedicated an entire room to museum-quality works on paper by Eva Hesse. It also exhibited works by Alighiero Boetti, Yves Klein, and Atsuko Tanaka of the Gutai Group. At Frieze it presented a radical overview of sculpture by three artists: a sculptures in silicone by Paul McCarthy, Jason Rhoades’s massive neon pieces and a series of smaller, intimate reliefs from the 70s and 80s by Hans Josephsohn. 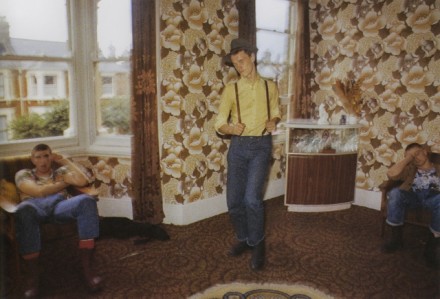 Matthew Marks Gallery presented a special installation of Nan Goldin photographs, as well as a group of five Fischli/Weiss flower photographs, new paintings by Gary Hume, and an installation of Ken Price drawings and sculptures, among other works by artists the gallery represents.

London is also full of off site exhibitions to keep fairgoers busy: Toby Ziegler‘s “The Cripples” located 14 floors below street level in a concrete parking structure features herds of dimly lit horse legs, and in the Malborough Contemporary down the street is Angela Ferreira‘s “Stone Free,” an installation in a variety of media, comparing the Cullinan Diamond Mine in South Africa with the Chislehurst Caves in South East London. 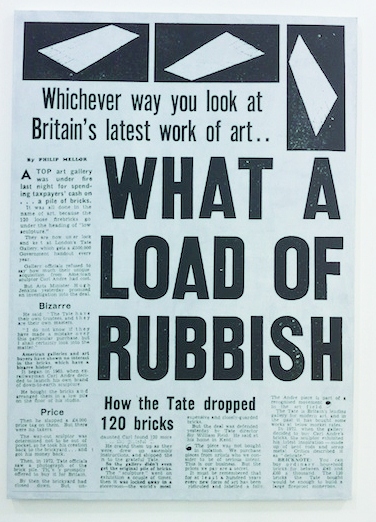 Nicholas Serota, director of the Tate Gallery, commented that “Frieze continues to be a fair in which we can all make discoveries of emerging and re-emerging artists.” The Tate collection has benefited from these discoveries, receiving 4 works as gifts from The Outset/Frieze Art Fair Fund, whose budget this year was a record-high £150,000 ($240,000). 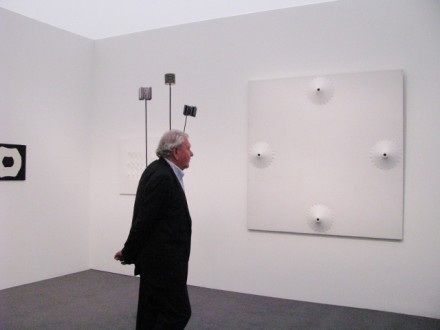 At the Frieze Fair image via ArtObserved

The works include Hideko Fukushima‘s Ko 8, 1963; Nicholas Hlobo‘s Balindile, 2012; Caragh Thuring‘s Arthur Kennedy, 2012; and Jack Whitten‘s Epsilon Group II, 1977. Since 2003, the Tate has acquired 86 works from the fund – a project in which an international panel of curators annually selects pieces by emerging artists participating in Frieze London to contribute to the gallery’s national collection. 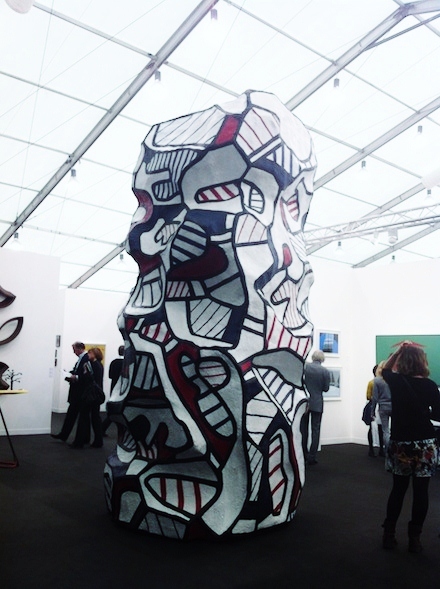 There is a marked difference this year in more academic thoughtful curation over attention-getting pieces. Matthias Merkel Hess’ glazed porcelain oil cans (Bucketry, 2011-12) sold well at ACME; Jean Luc Moulène’s glass sculptures were in high demand at the Thomas Dane Gallery.  Fairgoers may remember Christian Jankowski‘s  “superyacht” from last year, which was an artwork and a commodity – it cost €65m to buy as boat, and €75m to buy as an artwork, authenticated by the artist himself. This year in its place “Frieze Projects”showcased experimental performative works. The Yangjiang Group and Grizedale Arts built ‘Coliseum of the Consumed’, a structure of food kiosks and performance art, stating that “art should be useful”.  The Telegraph spoke to one of the stall owners who was selling juniper juice in plastic baggies and had raised £40 for Youth Group UK doing so. 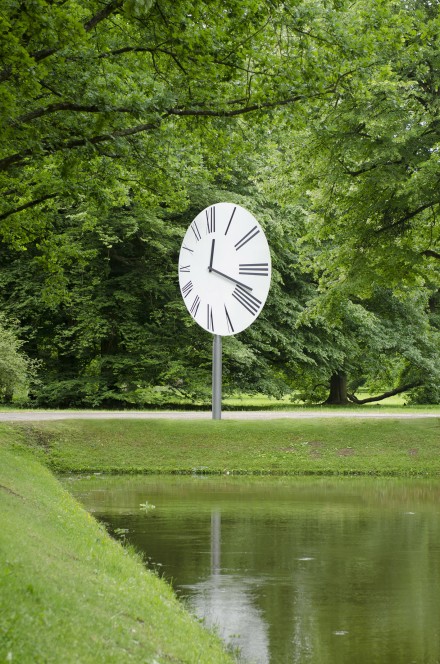 The Sculpture Park at Frieze London 2012 features Anri Sala‘s Clocked Perspective seen for the first time this summer at Documenta (13), and a group of Hans Josephsohn‘s reclining figures and torso.  Art Observed will feature a follow up photoset of the Frieze 2012 sculpture park in a later post. 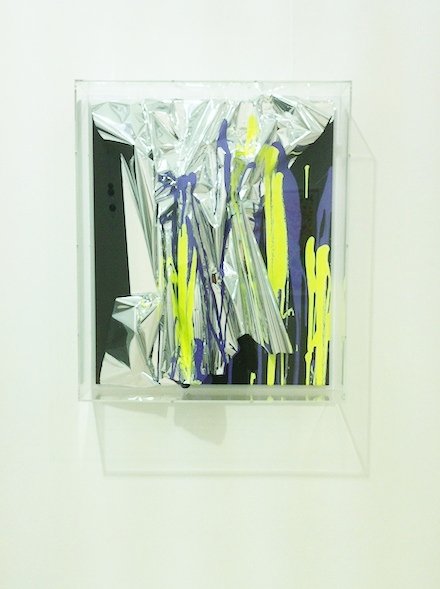 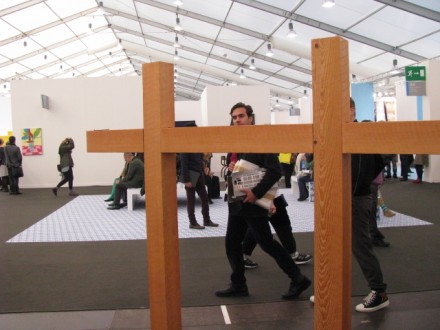 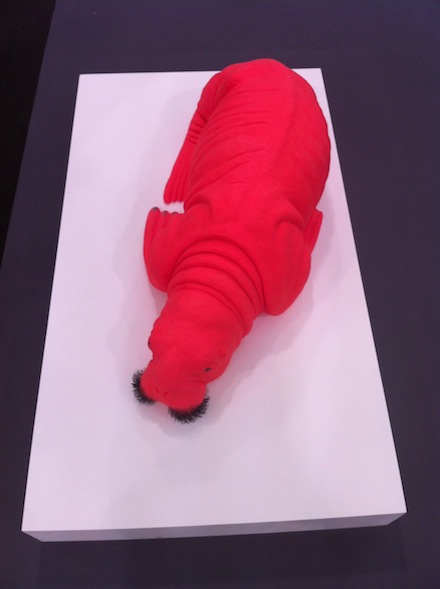 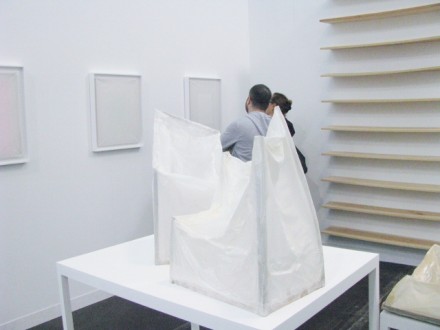 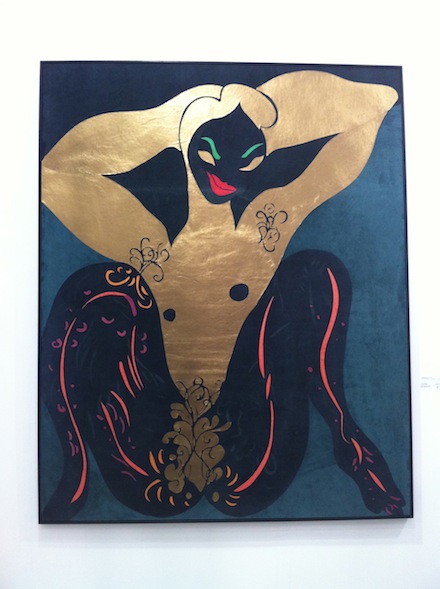 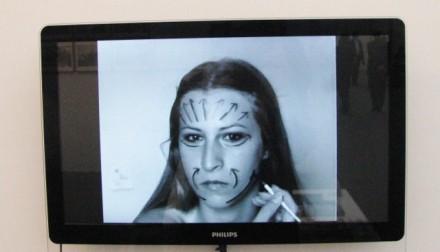 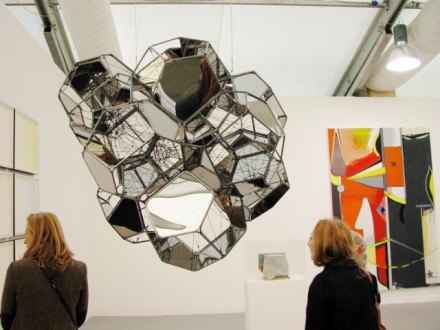 A work by Tomas Saraceno at Tanya Bonakdar at Frieze, image via Art Observed 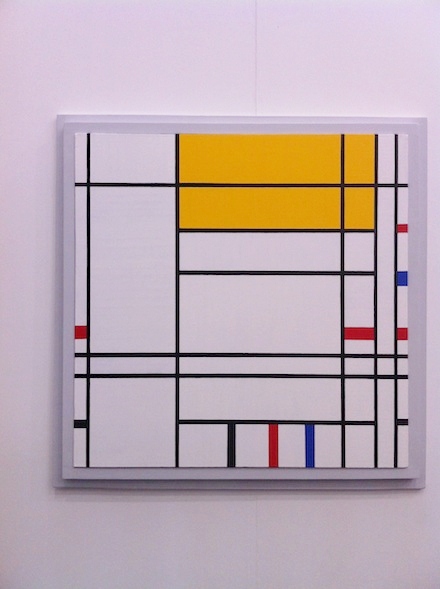 A Darren Lago (a reference to a Mondrian in Lego) at Annely Juda, image via Art Observed 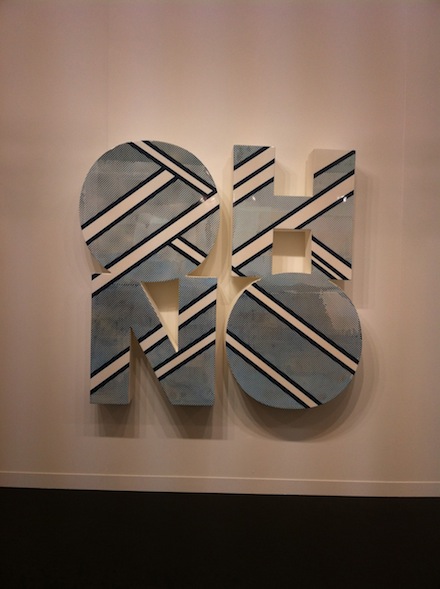 A Doug Aitken work at 303 Gallery, image via Art Observed 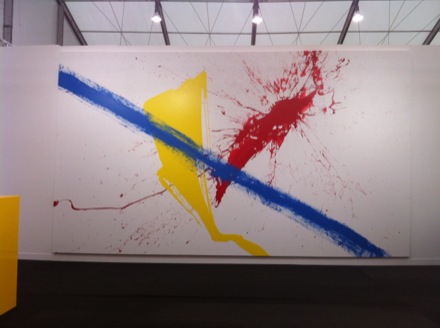 An Eric Wesley work at Bortolami, image via Art Observed 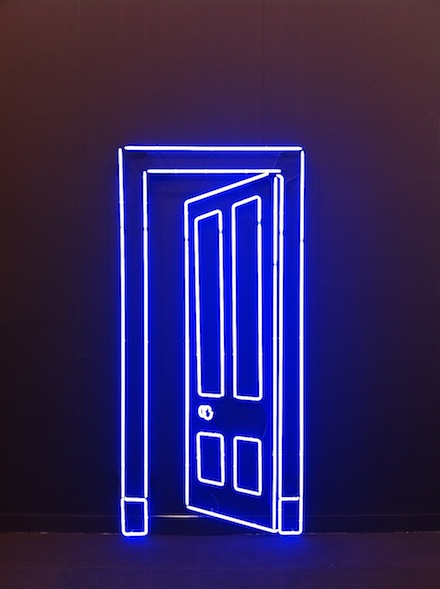 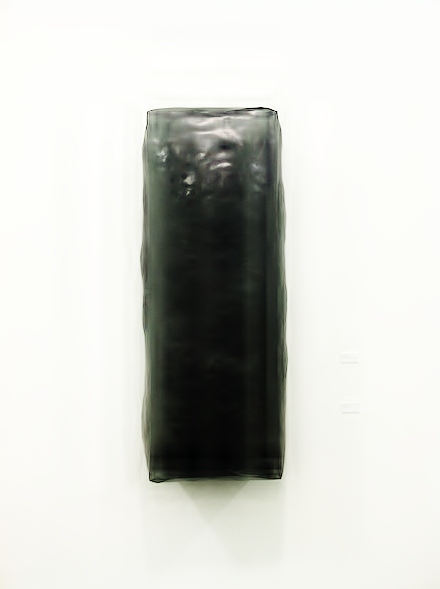 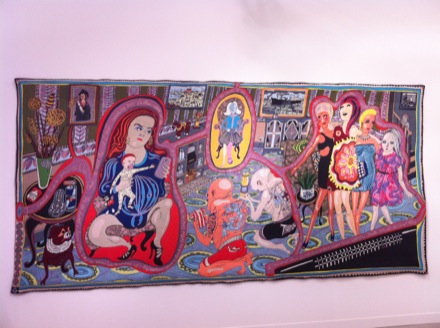 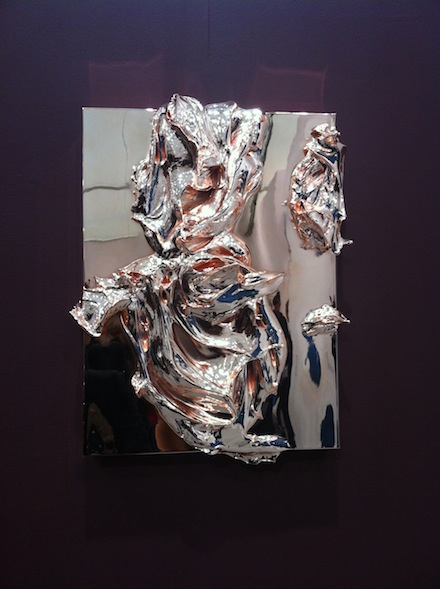 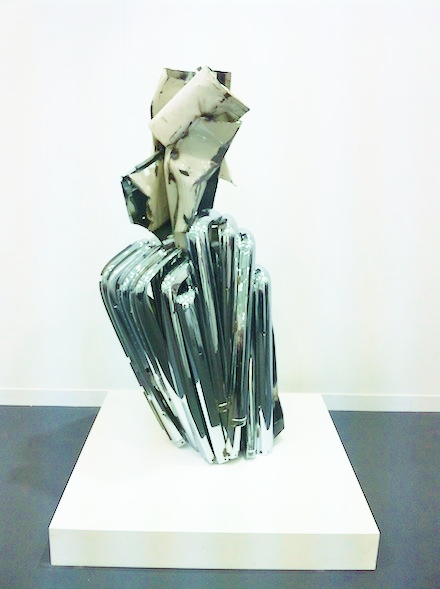 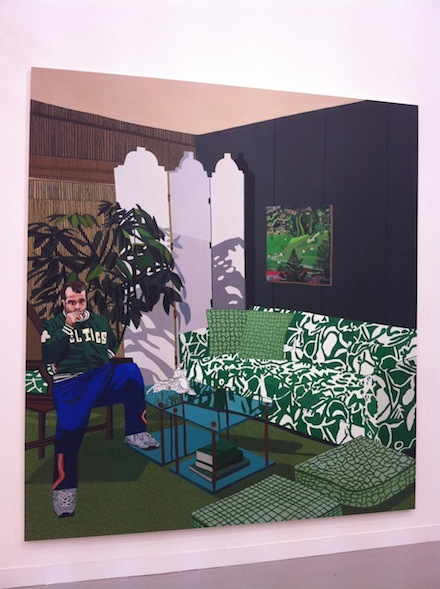 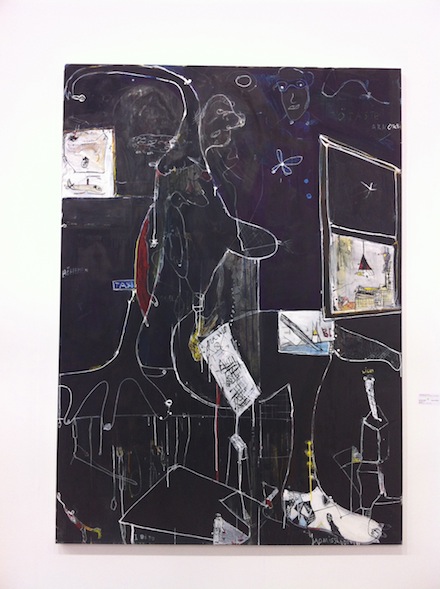 This entry was posted on Friday, October 12th, 2012 at 5:53 pm and is filed under AO On Site, Art Fair, Art News, Go See. You can follow any responses to this entry through the RSS 2.0 feed. You can leave a response, or trackback from your own site.

One Response to “AO On Site – London: Frieze and Frieze Masters Art Fairs at Regent’s Park, Through October 14th”