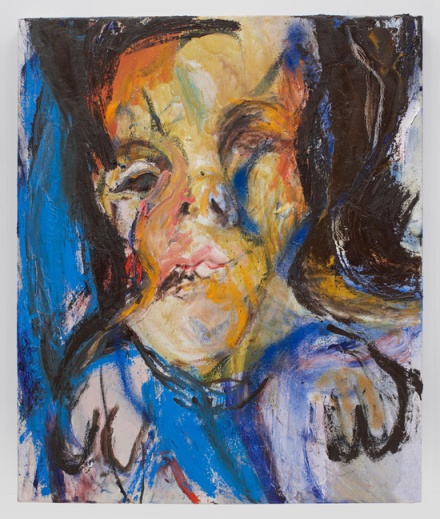 On view at Hauser and Wirth’s London Picadilly space is the exhibition entitled Fire By Days, Rita Ackermann’s latest series by the same name.

It is comprised of three miniseries: Fire by Days, Fire by Days Blues and Fire by Days The Fool. The first two contain numerous diptychs that have been created by initially pressing the works together to form a ‘reflective pair’ but then working each piece separately yet simultaneously to distort the reflective essence of the duos. 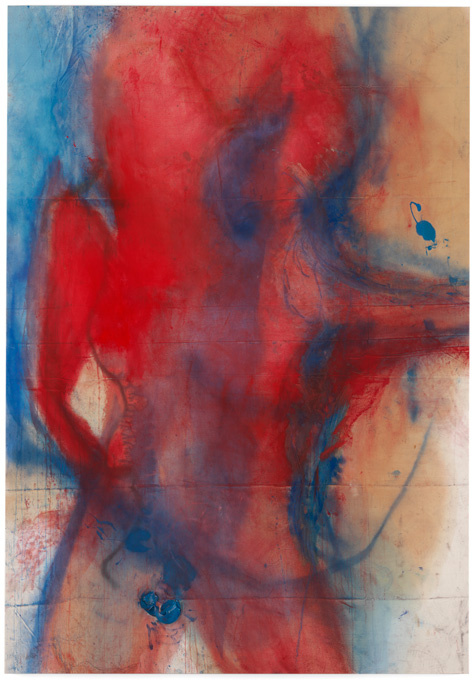 Ackermann was born in 1968 in Hungary but moved to New York in the early 90s and still practices here. She is commonly known for her painting, drawing and collages associated with darkly cartoonish images of youthful and carefree girls whose physical attributes echo her own countenance. 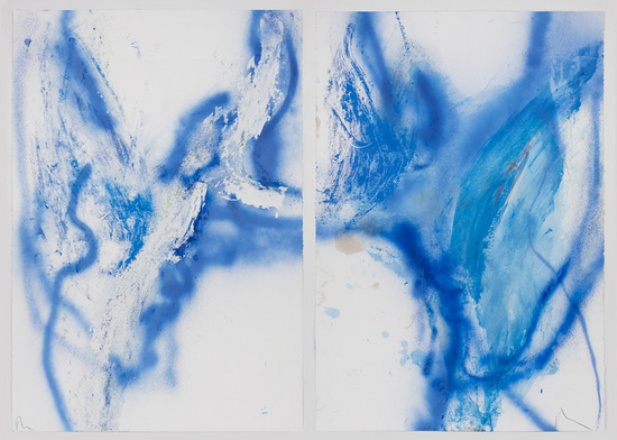 The title of the entirety of the series is inspired by the poem, Vacancy in Glass, by Roger Gilbert-Lecomte that poignantly recounts a sense of loss in conjunction with a bird’s flight. 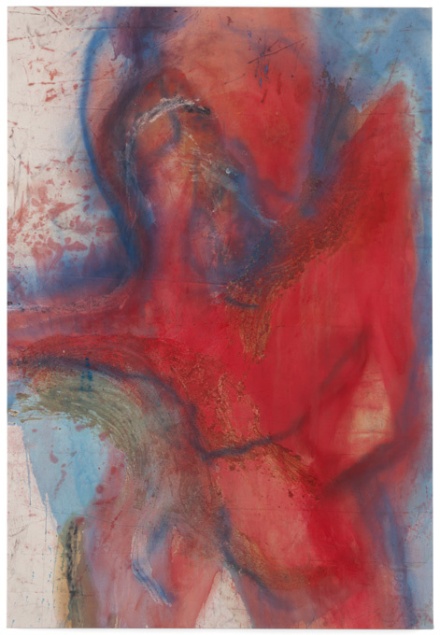 For this series, Ackermann was inspired in an accident whereby she spilled paint and enamel on the floor and promptly cleaned up with a fire safety poster. The unrefined effect of the enamel and paint on the printed paper fascinated her and resulted in an entire collection being produced (2010-2012) that allowed her to explore the consequence of accidents in her work without inhibition.

The images explore the boundaries between abstract and figurative in an imaginative and almost spiritual way. Each piece is initially begun with a ‘staged accident’. This paradoxical and potentially ironic action involves initiating a ‘spill’ with a variety of mediums onto paper. The diptych pieces are then pressed together to form a pair; every image, whether freestanding or partnered with another, is then worked into by Ackermann in a process involving her looking for figurative meaning behind the abstract shapes and colors previously created.

Fire By Days vividly depicts a rather grotesque distortion of the female anatomy, whereby the limbs of the beings appear fragmented and pained – the red paint emphasizing the violence. 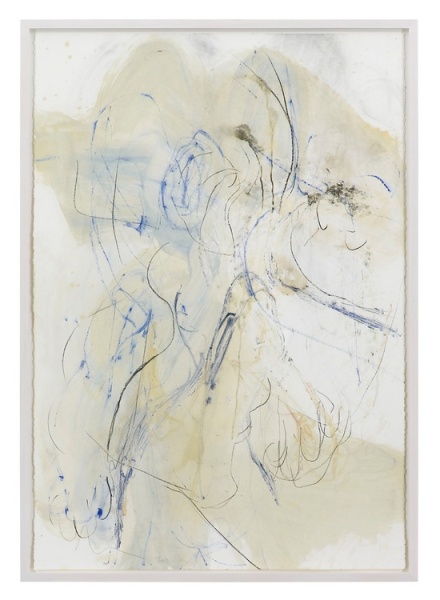 The Blues, on the other hand, are much calmer by comparison, emitting a more somber and placid tone. This miniseries is the most abstract of the three and particularly focuses on pushing the boundaries of the figurative. 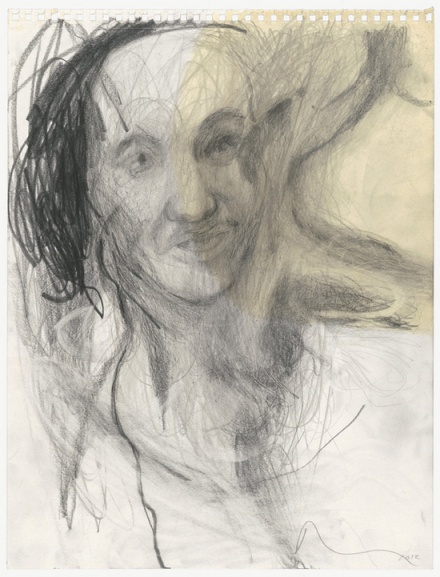 Finally, The Fool appears to make an attempt at coming back to a more figurative language, challenging figurative representation in a way similar to the distorted faces of Picasso; we can only guess they are of a personal nature for Ackermann as well. The series also lends itself to the various ‘periods’ of Picasso, echoing the drastic change in color within his work.

The various mediums that have been used to purposefully mark the paper either in a figurative sense or with an action reliant on fate, appear liberated yet slightly subdued — evoking a subtle sorrow that envelops the pieces which take their inspiration in Vacancy in Glass.

This entry was posted on Friday, October 5th, 2012 at 1:00 pm and is filed under Art News, Go See. You can follow any responses to this entry through the RSS 2.0 feed. You can leave a response, or trackback from your own site.