London: “Tino Sehgal: These Associations” at the Tate Modern, Through October 28th, 2012 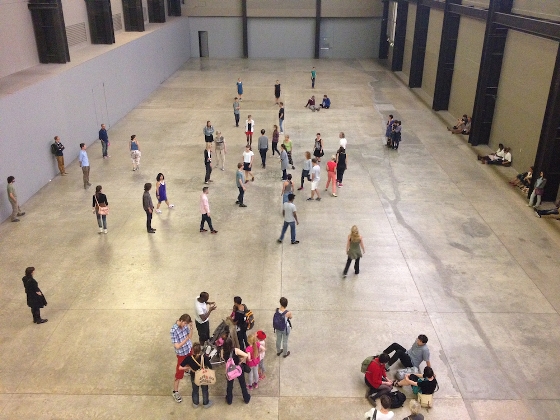 The Turbine hall has been home to the Unilever series and currently welcomes its thirteenth commission in the form of These Associations by Tino Sehgal. Despite Sehgal being the thirteenth artist to exhibit as part of the series, he far from blends into the crowd of his predecessors. Sehgal gives the inaugural ‘Live Art’ performance of Unilever coinciding with the Olympics as part of London 2012.

Sehgal was born in 1976 and is based in Berlin. His work consists of meticulously executed performances that create an artificial environment whereby he is both simultaneously in control and reliant on viewer’s interaction to create a predetermined scenario that paradoxically alters unpredictably with each showing. Sehgal does not wish his habitats to be photographed or recorded in any way so that the concept of the here and now remains prevalent in his work. 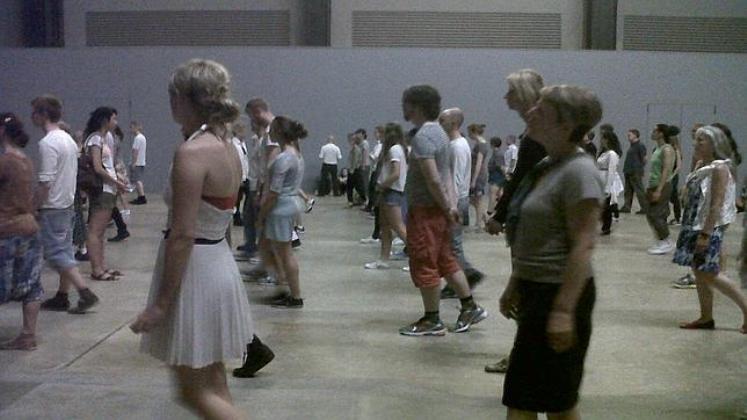 These Associations relies on hundreds of brave, extroverted participants to ‘perform’ narratives of their life’s events to visitors of the exhibition at random.  The volunteers circulate the hall in groups of fifty performing paradoxically rehearsed, yet seemingly random choreography that appears impulsive to the dumbfounded spectators. The ‘living artwork’ jogs in irregular circles, strides, and even sprints across the Turbine Hall in a dramatic rush of exertion. The movement saturates the hall with energy, an almost electrical charge dominating the atmosphere; the lights flash on and off as the living works chant hypnotic mantras in a ritualistic tone. The beat established makes their words somewhat incomprehensible with the exception of the odd audible phrase relating to nature, humanity and technology. The oxymoronic, predetermined randomisation is incoherent with the fully functioning stories that individuals within the artwork relay to their audience. 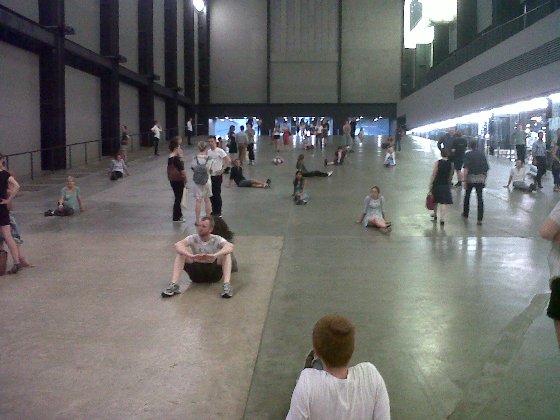 These seemingly staged phases of lucidity that volunteers possess are intriguing and beguiling, yet also potentially foreboding to the unsuspecting viewer. Without warning, and in many cases without introduction, members of the storytelling ‘cult’ disarm the public’s sense of boundaries and invade their personal space, swiftly entering into close proximity with their victims. Once at ease however, the narratives lose their anonymity that frightens the average Londoner; a sense of familiarity and resonance then becomes built into the exchange of dialogue.

A young man explains how the decision to write an email instead of a letter changed his life; another explains the significant impact that vertigo has on his day to day activities – one after another, heart wrenching stories reverberate from the lungs of complete strangers into hungry ears that witness poignant, heart rendering stories. A young woman tells of her sister’s recovery from a cancer and another depicts a love affair gone wrong. The causalities of the events provide uniquely touching encounters with every individual they meet and serve a purpose of teaching life lessons before the spectators have ‘learnt’  these lessons themselves. Sehgal’s performance not only encompasses the viewer momentarily but the omnipresence of his work will last a lifetime, living on in the viewer’s memory and altering his thoughts and emotions indefinitely. 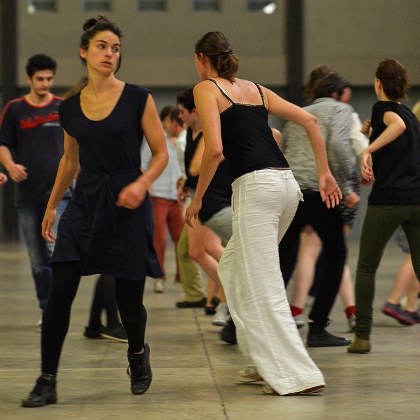 His work broaches the idea that British reserve often segregates communities. With the Olympic games bringing in visitors from all over the globe — a tradition that would not survive without forward communication — the piece seems to comment on the necessity London will have over this period to communicate with the world more freely. 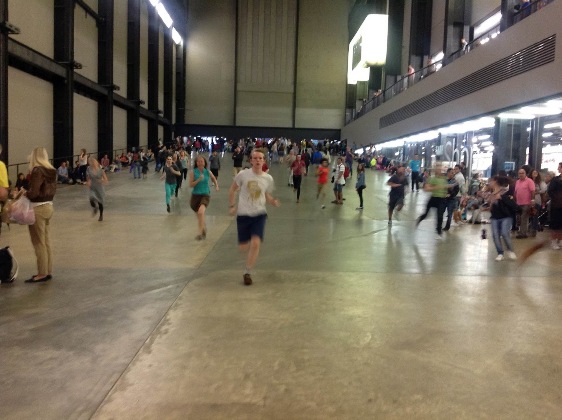 The exchange of dialogue also seems to mimic the relatively new technology of social media, echoing live posts such as ‘the Facebook status’ and ‘tweets’ that exchange relatively personal information to a public audience. Sehgal’s carefully organised group almost appears to be a physical microcosm of human modernity and current social functioning. The ‘constructed situation’ appears to comment on the irony that exists within social networks as the actions that are performed on the internet are void of any actual physical, ‘social’ connection. The overt and forced statements of the participants are subtly sarcastic, once more further hinting at an overzealous Facebook user that actually inhibits their ability to be social by hiding behind a computer cunningly mocking the society that surrounds us. 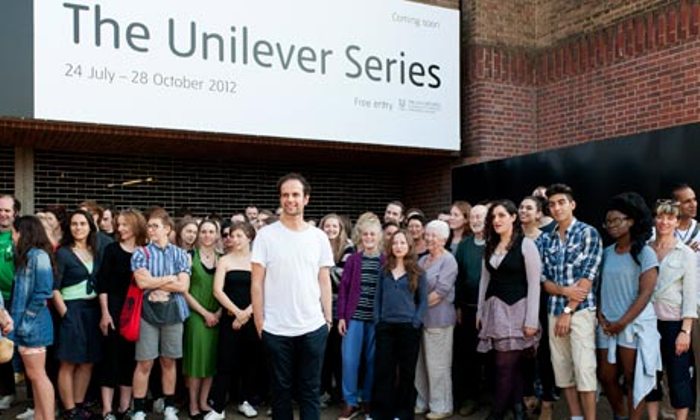 This entry was posted on Friday, October 26th, 2012 at 1:02 am and is filed under Art News, Go See. You can follow any responses to this entry through the RSS 2.0 feed. You can leave a response, or trackback from your own site.