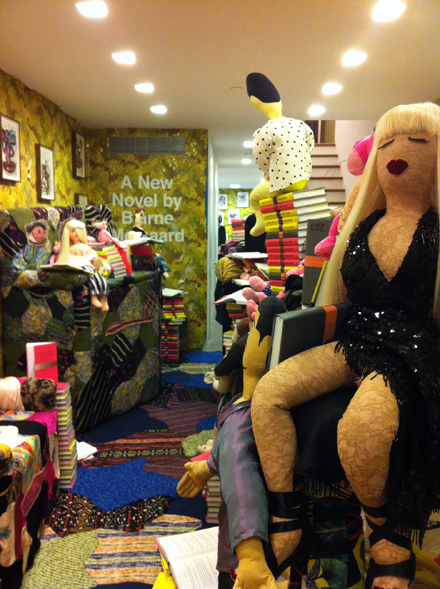 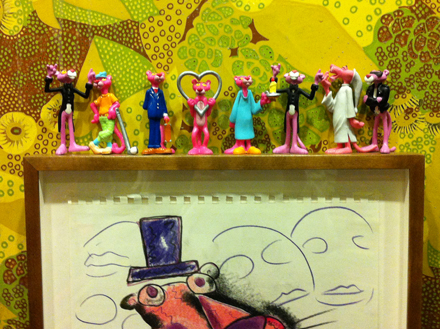 Exploring themes of sex, love, and violence, Melgaard’s work searches for meaning from a place of extreme loneliness and degradation. The novel that serves as the basis for the exhibition is loosely autobiographical; it tells the story of an artist in New York City who endures a tempestuous relationship with a doorman. Although some scenes in the novel are illustrated through the use of clay dolls (with the Pink Panther acting as a stand-in for the artist), the exhibition is not intended as a direct correlation to the novel. Rather, it represents the expansion of the narrative and a backdrop for some of its themes to play themselves out. 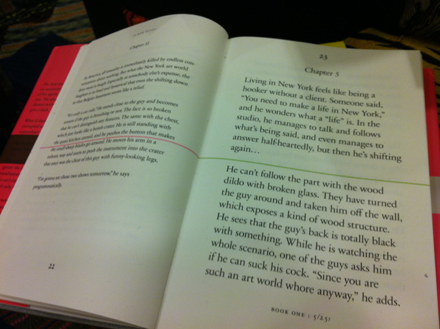 At the exhibition’s preview, associate director of Luxembourg & Dayan Alissa Bennett related how she first met the artist. In 2002, she contacted him about the possibility of working together; his response took the form of “strange, aggressive emails” from various aliases and personas. Ms. Bennett was taken with the method and eventually the two became collaborators.

The term “collaboration” features frequently in Melgaard’s productions, and “A New Novel” is no exception. Working with a large cast of leading animators, craftspeople and designers, the show transforms the gallery into an immersive setting for the novel’s themes. Giving his collaborators little direction, Melgaard allows various elements of projects to take on their own character. A notable contribution to this exhibition is with Jack McCollough and Lazaro Hernandez of Proenza Schouler, who designed the evening gowns worn by the dolls, as well as three outfits for the artist himself. 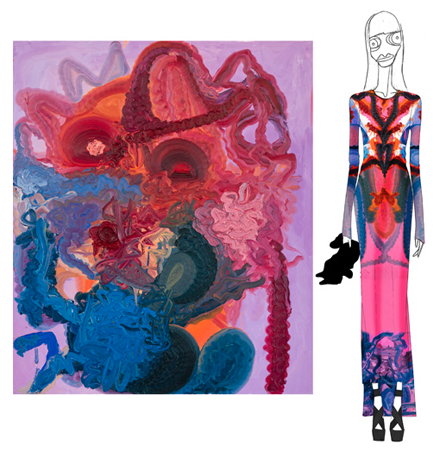 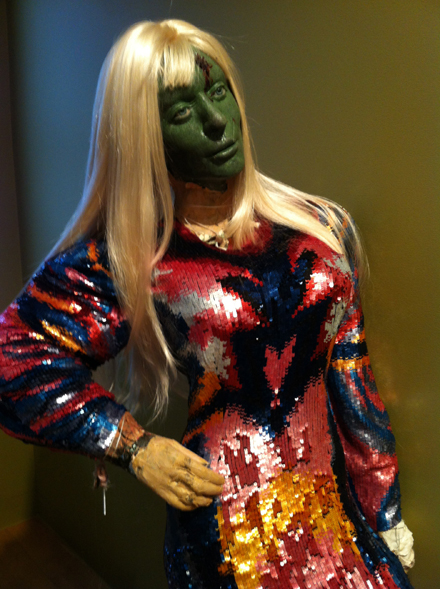 Detail: Proenza Schouler-designed dress clothing one of the life-size dolls in “A New Novel.” 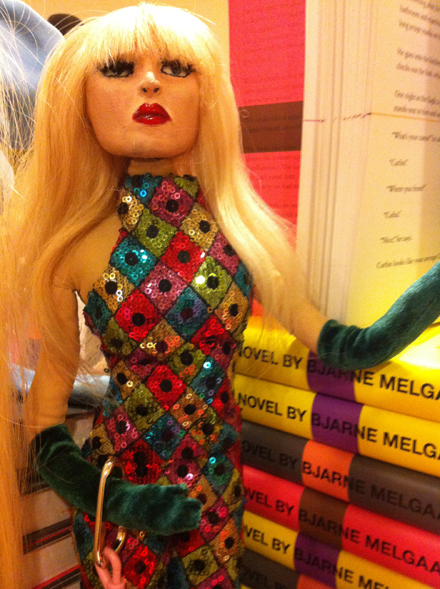 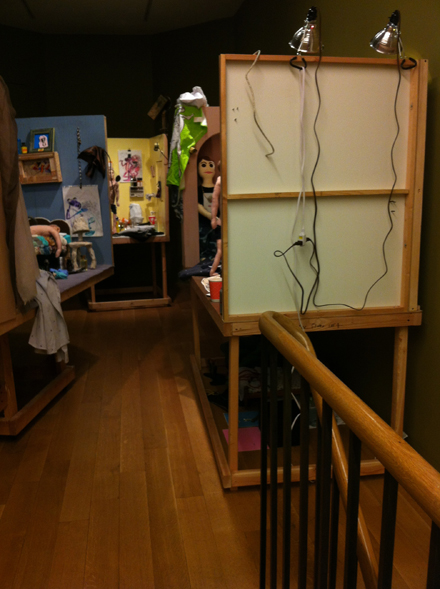 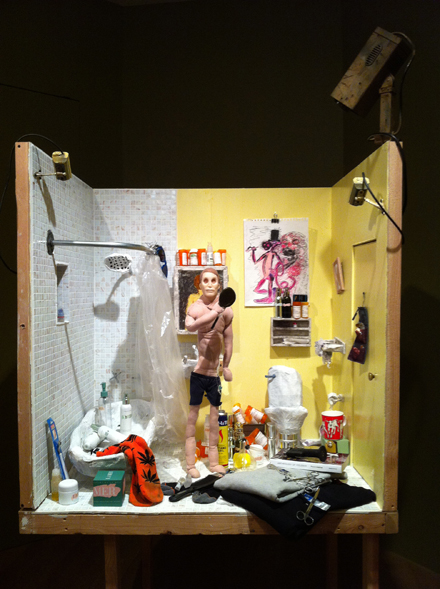 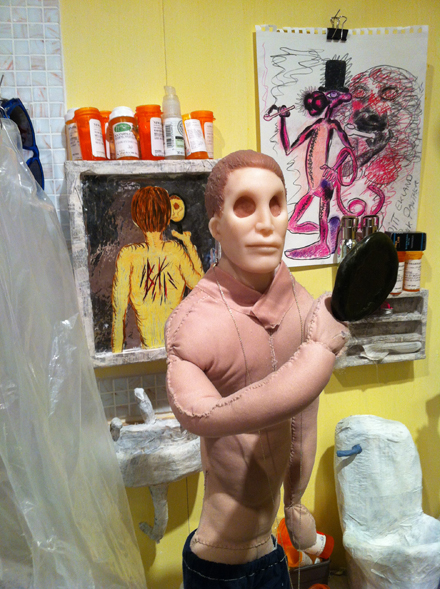 After the disturbing chaos of the first and second floors, the third floor offers a visual respite. Vibrant paintings installed on warm orange walls inevitably invoke William Blake’s 1794 verse “Tyger! Tyger! burning bright / In the forests of the night.” If this poem comes to mind it should come as no surprise that previously this year, Melgaard invited live snow tiger cubs to inhabit his exhibition “IDEAL POLE” at the Lower East Side gallery Ramiken Crucible. 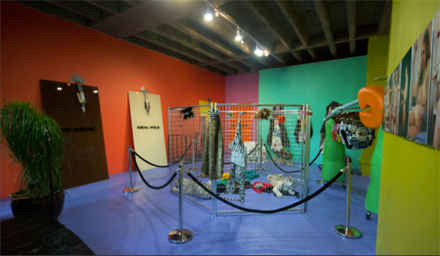 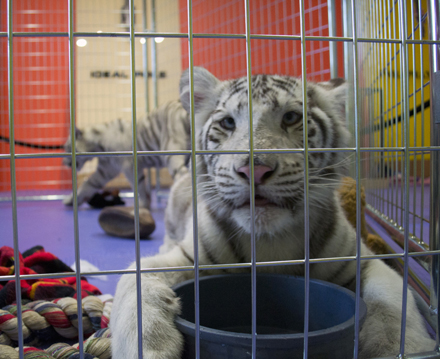 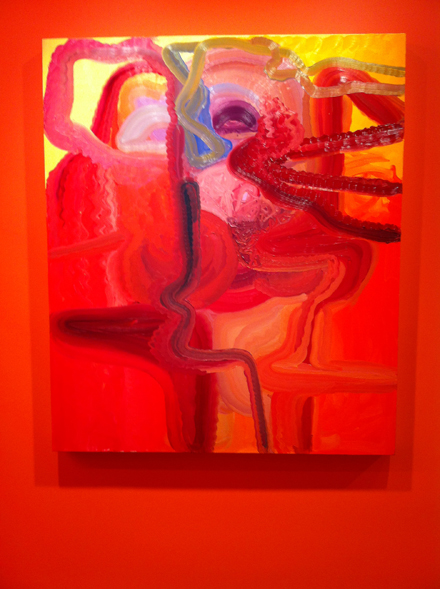 The paintings, 13 in total, are simultaneously calming and seductive. Further extending the notion of flexible readership, the paintings are installed on hinges, opening to reveal the last chapter of A New Novel scrawled across the back of the canvas in black charcoal. In this way, Melgaard involves the viewer/reader in an activation of the act of readership, transforming it from a fixed notion into something participatory. Although it is his first novel available commercially in English, A New Novel is not Melgaard’s first foray into literary culture: earlier this year he published a novella entitled Alarma! Boyfriends. 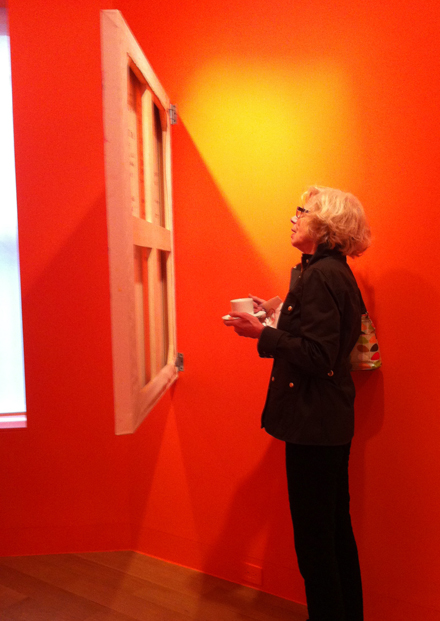 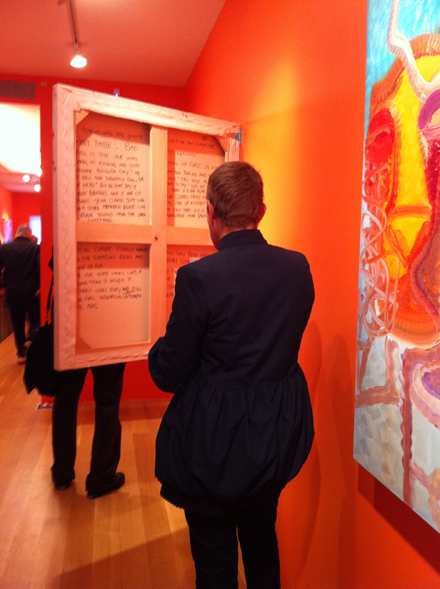 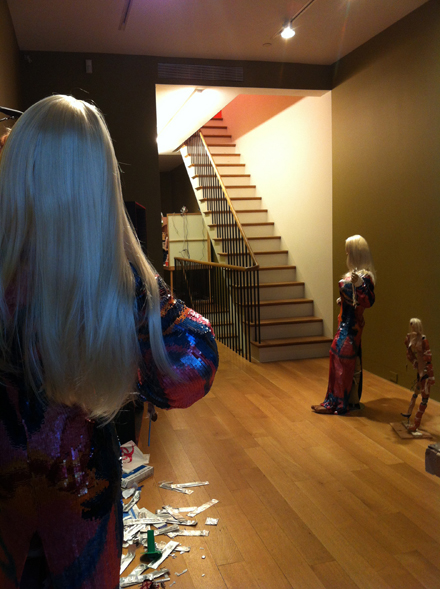 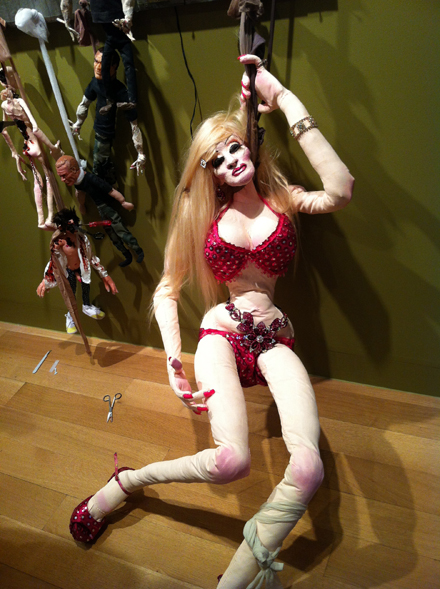 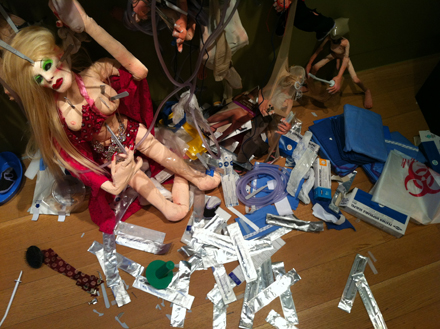 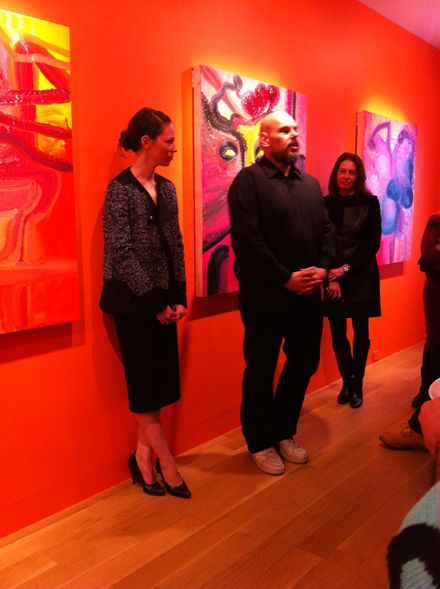 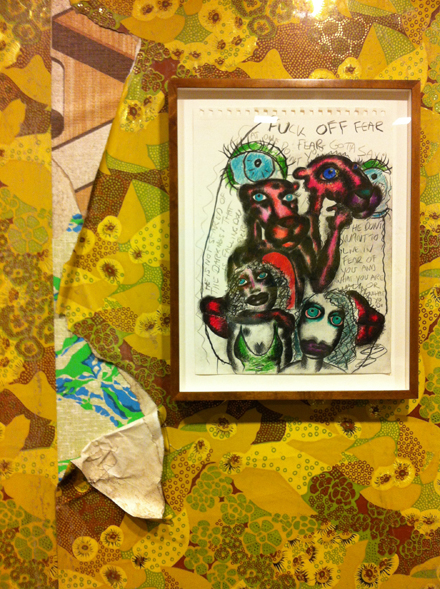 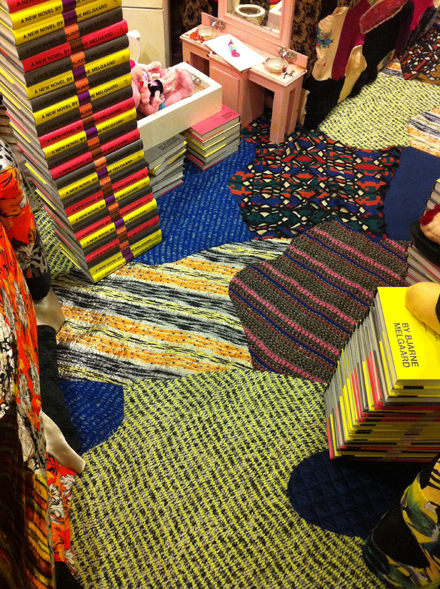 This entry was posted on Monday, November 12th, 2012 at 12:12 am and is filed under AO On Site, Galleries, Go See. You can follow any responses to this entry through the RSS 2.0 feed. You can leave a response, or trackback from your own site.

One Response to “AO On Site New York – Bjarne Melgaard: “A New Novel” at Luxembourg & Dayan through December 22nd, 2012”